Mark Webber's choice of Williams over Renault for 2005 denied him the opportunity to fight for wins and world titles. But JAMES NEWBOLD argues that, while regrettable, the decision was the right one given the information available and had some long-term benefits

"I really wanted Mark Webber as a team driver in 2005," former Renault engineering director Pat Symonds told Autosport recently, "but Mark was absolutely adamant that Williams was the place to be and nothing was going to convince him otherwise."

On the face of it, Webber's decision to join a Williams team in decline above a return to the Enstone team on the cusp of a world championship double - which he'd tested for in its Benetton guise in 2001 - has to go down as a blunder. In his autobiography, Aussie Grit, Webber describes his two-year spell with Williams as "the lowest time in my entire F1 career".

"For me, the timing simply couldn't have been worse," Webber acknowledges. "I should have gone to Renault, which Dad was very keen for me to do."

Hindsight suggests that Webber's long wait for a grand prix win - 130 starts before finally breaking his duck at the Nurburgring in 2009 - would have been significantly shortened had he ignored his gut and signed for Renault.

But joining Williams instead certainly wasn't a catastrophic error of judgement given the information he had available to him at the time. And, when the experiment was over, it meant he was embedded at Red Bull when the impact of Adrian Newey began to take effect - rather than trying to keep the sinking Enstone ship afloat as it descended into crisis. 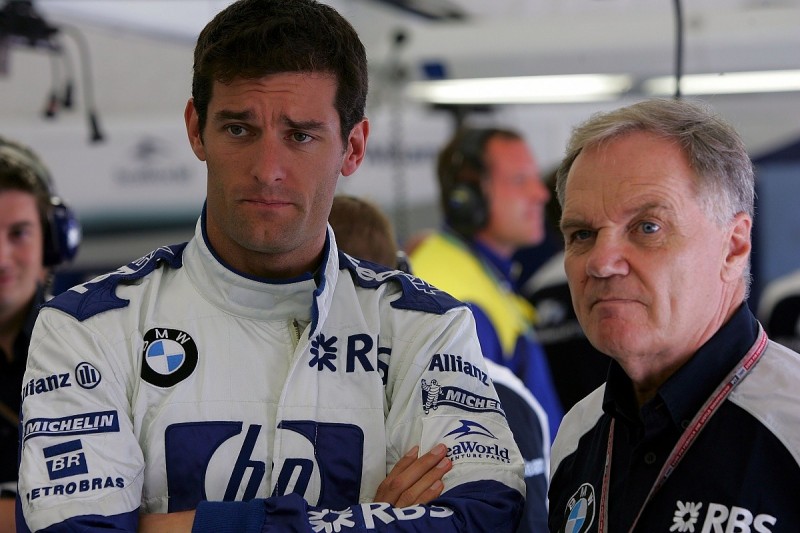 When he signed in July 2004, Williams was a powerhouse team that had won four races the previous year and taken the fight to Ferrari in the constructors' championship all the way to the final race at Suzuka. Its 2004 season was less impressive as BAR and Renault leapt above it in the pecking order, but Juan Pablo Montoya's victory in the final race at Brazil appeared to have underlined the team's credentials as a front-running force for 2005.

And, while Renault was on a gradual upward trajectory, it hadn't shown the capability to consistently challenge Ferrari that Williams had done. Speaking to Autosport in December 2004, Webber explained that he viewed his Williams opportunity as a chance "to find out how fast I really am", adding "I'm aware that there's a chance to mould the team around me".

Webber wouldn't have made life easy for team leader Fernando Alonso, but joining a team that the Spaniard had built around him would have carried significant risk, not least because Alonso was also managed by team principal Flavio Briatore

He went on: "If you only ever set yourself small tasks or goals, it's not very challenging. I know at Williams I'm going to have days when I think, 'Jeez, I'm really under the pump here'. But then, when you get your breath, you think, 'Yeah, this is why I'm here - to consistently test myself against the best'."

Webber was billed by Autosport as "the archetypical Williams driver before he'd even seen the inside of the team's factory", and he explained in his 2004 interview that the team's "free from bullshit" manner was an appealing antidote to the "false" necessities of modern-day commercial F1. And the romanticism of forging a dynasty in the mould of the team's original hero - fellow Australian Alan Jones - was too good to turn down.

"For me, the decision was easy. I followed my heart," Webber says in Aussie Grit. "I looked at Williams - the man and the team - and I saw pretty well everything that I liked in Formula 1."

However, Webber admits in his book that he knew the move had been a mistake after his very first test in Jerez. While Giancarlo Fisichella grasped at the opportunity to trade a mid-pack Sauber for Renault's R25 (the best all-round package of 2005, if not quite as fast as the fragile McLaren MP4-20) and won on debut in Melbourne, Webber spent the race bottled up behind David Coulthard's Red Bull - effectively an updated version of the Jaguar he'd raced the previous year - and finished fifth. It set a trend. 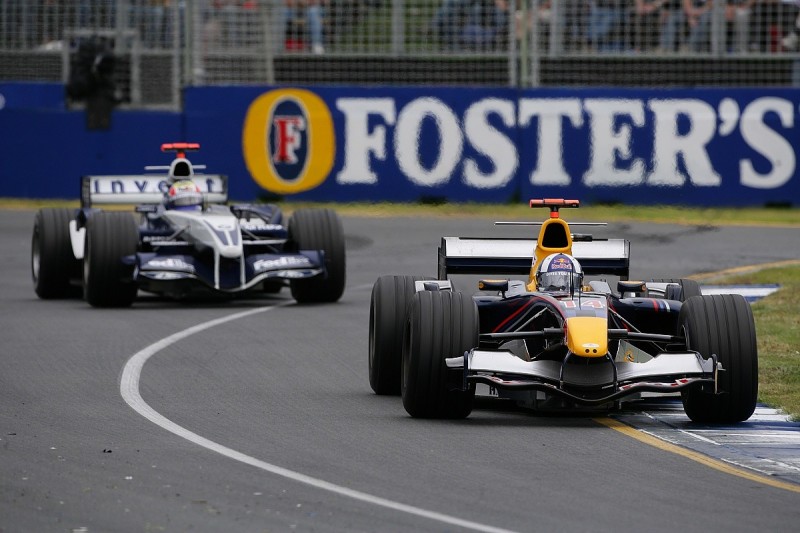 Although there was a maiden F1 podium at Monaco - where Webber was unhappy at losing out to team-mate Nick Heidfeld's preferential pit strategy after "I had absolutely towelled Heidfeld all weekend" - and strong drives to fourth at Spa and Suzuka, the 2005 FW27 was the first BMW-powered Williams not to win a race since 2000.

Unbeknown to Webber, the BMW marriage was "a vessel heading for the rocks, and I was part of the shipwreck". To make matters worse, the workforce was demotivated, Webber observing that the majority of the people at Williams "looked as if it was the last place they wanted to be" which meant the working environment was "like walking into a morgue".

Having suffered burns to his hip at Magny-Cours when an electronics box overheated, the nadir came in Turkey, where two tyre failures and contact with Michael Schumacher while trying to unlap himself made for an utterly forgettable day.

Webber found that the team's senior leadership didn't want to listen to his ideas - "it took me six or seven months to work out that I was banging my head against a concrete wall" - and describes the 2006 season as "effectively a long goodbye", floundering with customer Cosworth engines that were no match for the works units of rivals as Williams slumped to eighth in the constructors' standings.

"It was worse than simply stalling," Webber says in Aussie Grit of his stock during the Williams years. "I had gone backwards."

But was it the terrible mistake that he makes out? While Webber wouldn't have made life easy for team leader Fernando Alonso, joining a team that the Spaniard had built around him would have carried significant risk, not least because Alonso was also managed by team principal Flavio Briatore. Webber too had links with Briatore, whose master plan Webber acknowledges "had been to have a Webber-Alonso pairing by 2005". But, at the same time, he writes, "there could only be one winner and the other would lose value".

Facing up against Alonso had been a poisoned chalice for Jarno Trulli - a winner at Monaco the previous year, ousted just a few races later - and Enstone veteran of 1998-2001 Fisichella too struggled to match the Spaniard across the 2005-06 seasons, although was often victim of poor luck. 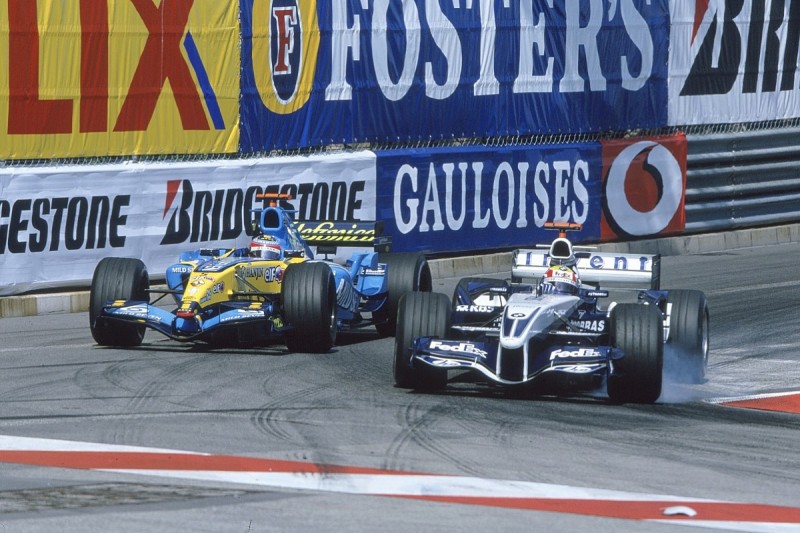 Webber was never one to shy away from a fight, and there's nothing to suggest that Webber would have crumbled under the pressure of fighting in the same team as Alonso. Witness the intensity of his scrap for supremacy at Red Bull with Sebastian Vettel that culminated in his famous "not bad for a number two driver" radio message after winning the 2010 British Grand Prix. It would have been a fascinating match-up between two steely drivers whose respect is mutual, as seen by Alonso's cooperation when Webber passed him into Eau Rouge in 2011.

It taught him a lesson that romanticism is rarely the basis of good career decisions, and gave him added steel that he would need to call on when the heat got turned up at Red Bull

But putting two big beasts in the same team rarely works out well. And, even if Webber had proven to be Alonso's equal, and become the team's focal point after Alonso committed himself to McLaren for 2007, the team's competitiveness dropped after 2006. Therefore, Webber's chance to join a resurgent Red Bull team - a very different proposition from the one he'd left in 2004 that was dwindling under disinterested Ford ownership - would have come and gone.

And, while his Williams chapter wasn't a happy one, it wasn't a complete waste of time either. Amid the disappointments, Webber showed enough flashes - challenging Alonso at Monaco in 2006 before his engine expired - that anybody paying close enough attention could see what he was capable of. It also taught him a lesson that romanticism is rarely the basis of good career decisions, and gave him added steel that he would need to call on when the heat got turned up at Red Bull.

There, he went on to win nine grands prix and challenge for the 2010 world title. Judged against some of history's other unfortunately-timed signings - such as Jean Alesi's decision to join Ferrari over Williams for 1991 - Webber's Williams move certainly doesn't compare. 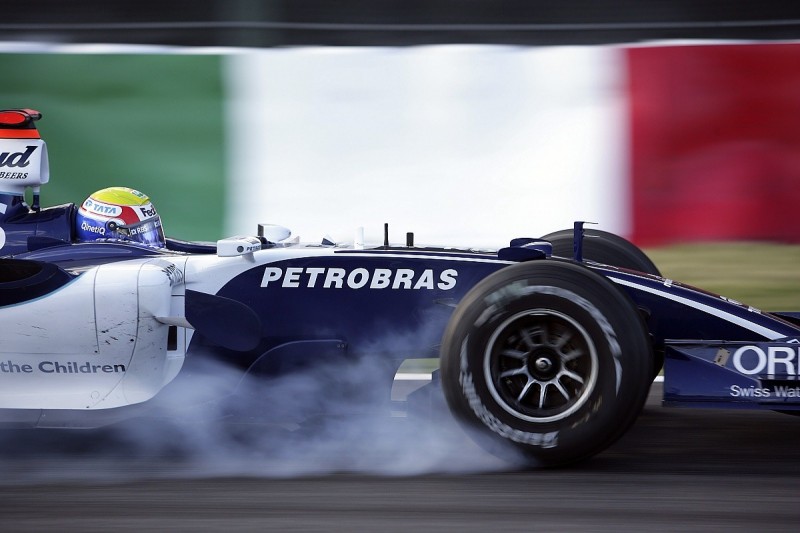