Alfa Romeo emerged from Formula 1’s pre-season test as the team that surprised the most, reckons Williams driver George Russell.

After a 2020 campaign where Alfa Romeo duo Kimi Raikkonen and Antonio Giovinazzi struggled at times to make much of an impression in the midfield battle, the Swiss outfit was left more encouraged by its run in Bahrain.

The new C41 showed signs of being a step forward over its predecessor, and on the final day of the test Raikkonen was fourth quickest.

With Williams set to be locked in a fight with Alfa Romeo and Haas this year towards the back of the midfield, Raikkonen’s form did stand out for Russell.

“I have to give him credit. Although I need to look deeper into the data, I would say at the moment they look like the most surprising team.

“I can't honestly tell you where I think we are in comparison, but on the face of things, Kimi looked very fast.”

Giovinazzi, who is heading in to his third full season with Alfa Romeo, said he was upbeat about the progress the team had made. 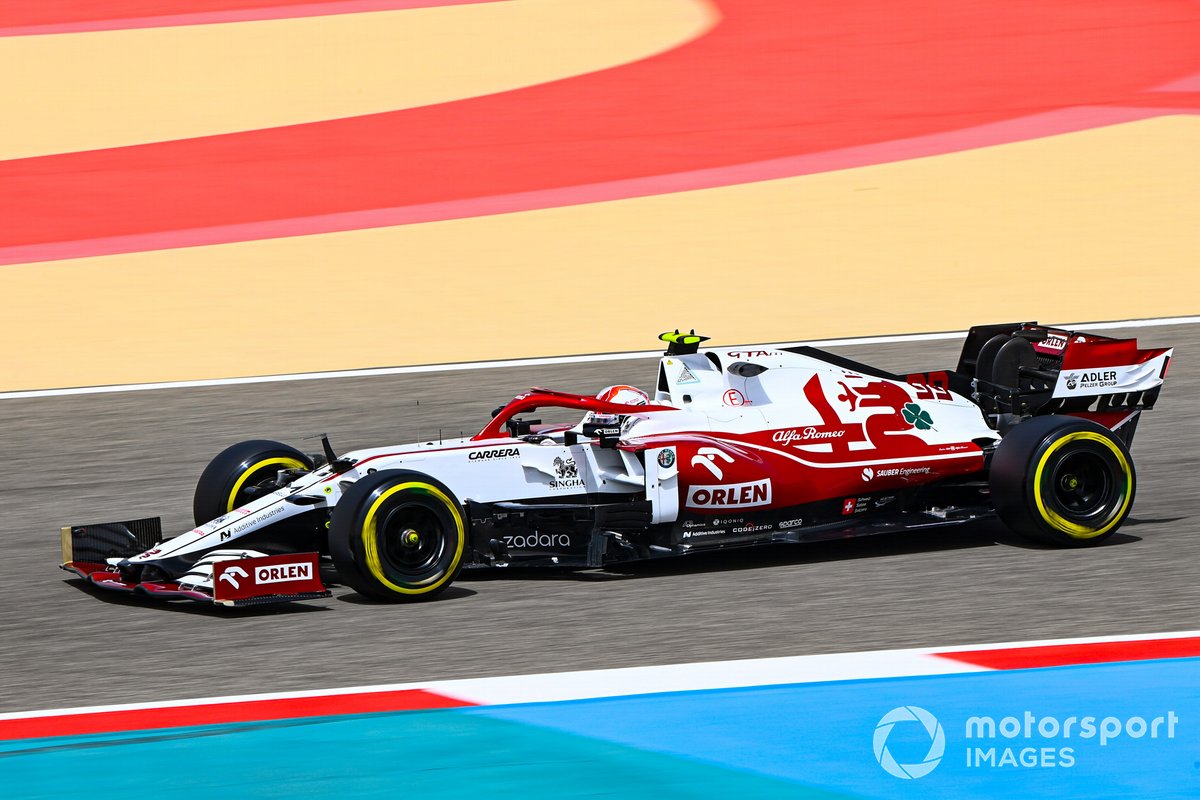 “I am happy with the work done in Sakhir,” he told Autosport.

“Although they are still tests, I believe that the first impression with the car is still important.

“Despite the difficult conditions with the wind and sand on the first day, I never had any particular problems.

"In fact, even in the tricky conditions, the car proved to be stable and you could drive it with pleasure.

“I would say that this is a well-born project, and we can be satisfied with the work of preparing for the season.”

Although F1 teams have battled to recover downforce lost this season due to aero rule changes, Giovinazzi feels the new Alfa Romeo is actually better than last year.

“The new regulations and the new tyres aim to reduce performance, but I have to say that I have seen a lot of progress,” he explained.

“The front of the car is more responsive, especially in the low-speed sections, and in general the feeling is positive in all types of corners.

“The power unit has improved too. It was an immediate sensation, and this will undoubtedly give us a hand to get closer to our rivals.”