The main attention at the revamped Zandvoort Formula 1 circuit has inevitably revolved around the imposing final banked corner.

With overtaking at a premium, the decision to create a flat-out 18-degree banked turn has at least offered the slimmest of chances that drivers can pick up a slipstream in the race.

But while F1 cars may look pretty spectacular blasting through it – with or without DRS open – it won't be a challenge to the drivers because it should easily be full throttle throughout.

As F1 got its first close up look at the Dutch Grand Prix venue on Thursday, it appears that the first banked corner at Turn 3 – called Hugenholtz – could instead prove to be the scene of more interesting action.

Max Verstappen was one driver who thinks that the banking there will require a considered approach.

"The last corner for us will be easy flat," he said. "But Turn 3 definitely gives you a few more opportunities in terms of what lines you can take."

As part of the Zandvoort overhaul, track designers Dromo had been eager to deliver more than just a circuit that was up to modern F1 safety standards.

With much work needed, it wanted to bring some more character to the venue – and that meant using elevation and banking.

As Dromo chief Jarno Zaffelli said: "We like to design tracks that reflect the feeling and the perception that you get when you drive.

"We are driven by the desire to translate into straights, corners, kerbs and banking, the adrenaline of a lap. Our philosophy is to design a track that is perceived as a big challenge and scare the drivers." 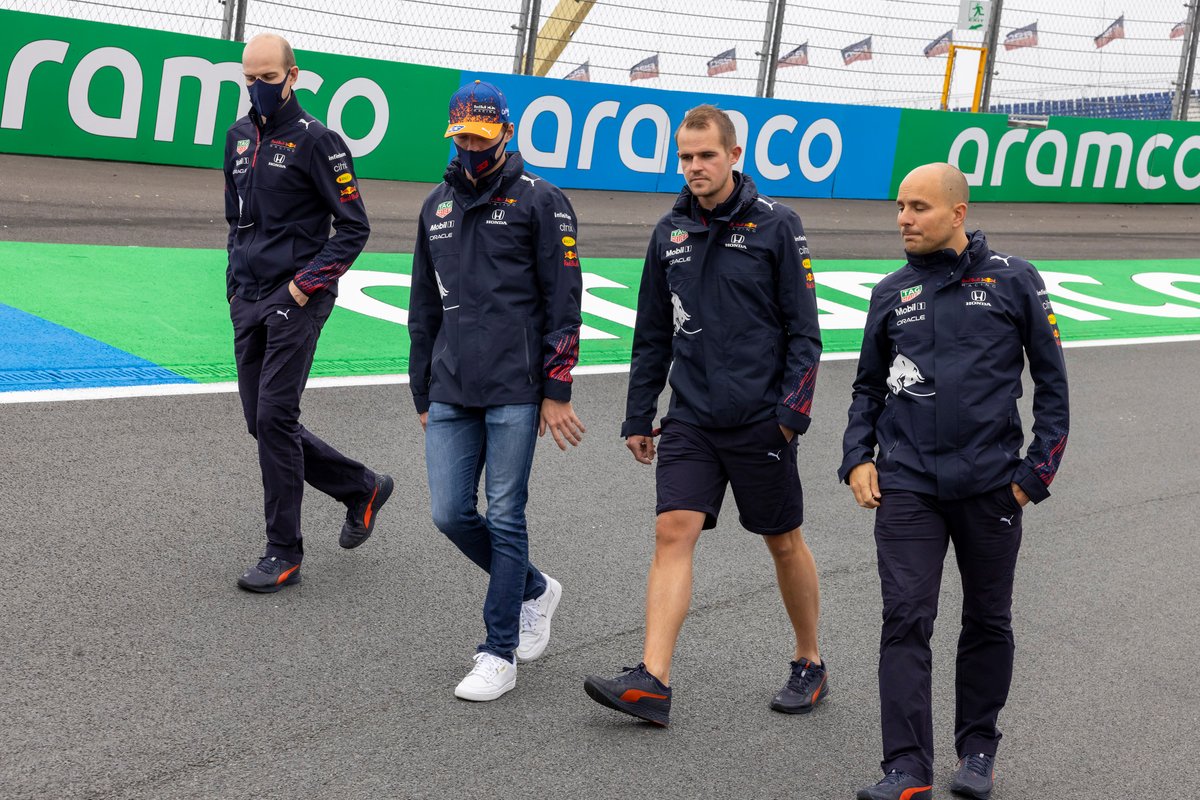 The result is that only two of the 14 corners on the track are now considered to be flat. And while the final corner only changes from 15 degrees and 18 degrees (34%) across the circuit, Turn 3 has much more variation across its width in a bid to spice things up even more.

At its bottom, Turn 3 is angled at just 4.5 degrees. Dromo has then ramped it incrementally – using the famous Fibonacci Sequence – all the way up to 19 degrees (35%) at its peak.

That choice has created a bowl-like feel to the corner, and means that there will be many different ways to approach it for the best laptime.

As Esteban Ocon said on Thursday: "I've never been on a track where there's so much banking. We usually think of Hockenheim, the stadium entry and Sachs Curve.

"They are banked but it's nothing like it here. It's three or four times more inclined so it's going to open opportunities for different lines."

Ferrari's Charles Leclerc reckoned that the unique nature of Turn 3 meant there was even the possibility of cars running side-by-side through there.

"I think it's going to be super exciting," he said. "It also will be exciting for us drivers – we'll probably try lines that we don't get to see anywhere else because the banking is getting more and more on the outside of the corner.

"So we might see some outside lines in Turn 3, for example, which is something that you don't get to see very often. Let's see."