Having taken the top grid spot for the Monaco Grand Prix after the first runs in Q3, and well aware of the risk that he could get shuffled down the order as faster cars behind him came through, there is no more sure-fire way to ‘stop the count’ than to bring qualifying to an early conclusion.

However, the reality is that while Leclerc was the biggest winner from his red flag incident, it is certainly a step too far to think that he hit the barriers like that on purpose.

For just as racing drivers are master judges at balancing risks and rewards when it comes to brushing barriers or racing rivals, they equally know that smashing your car up deliberately at the end of qualifying is something only a lunatic would do.

That is especially true in the era where gearboxes cannot be changed without incurring a grid penalty, and any semi-fast crash into the barriers throws up the real potential for damage.

So, if there had been any intention from Leclerc to halt qualifying, he certainly would not crash at a section of the track where there is scope for the kind of side impact that F1 gearboxes simply cannot withstand. 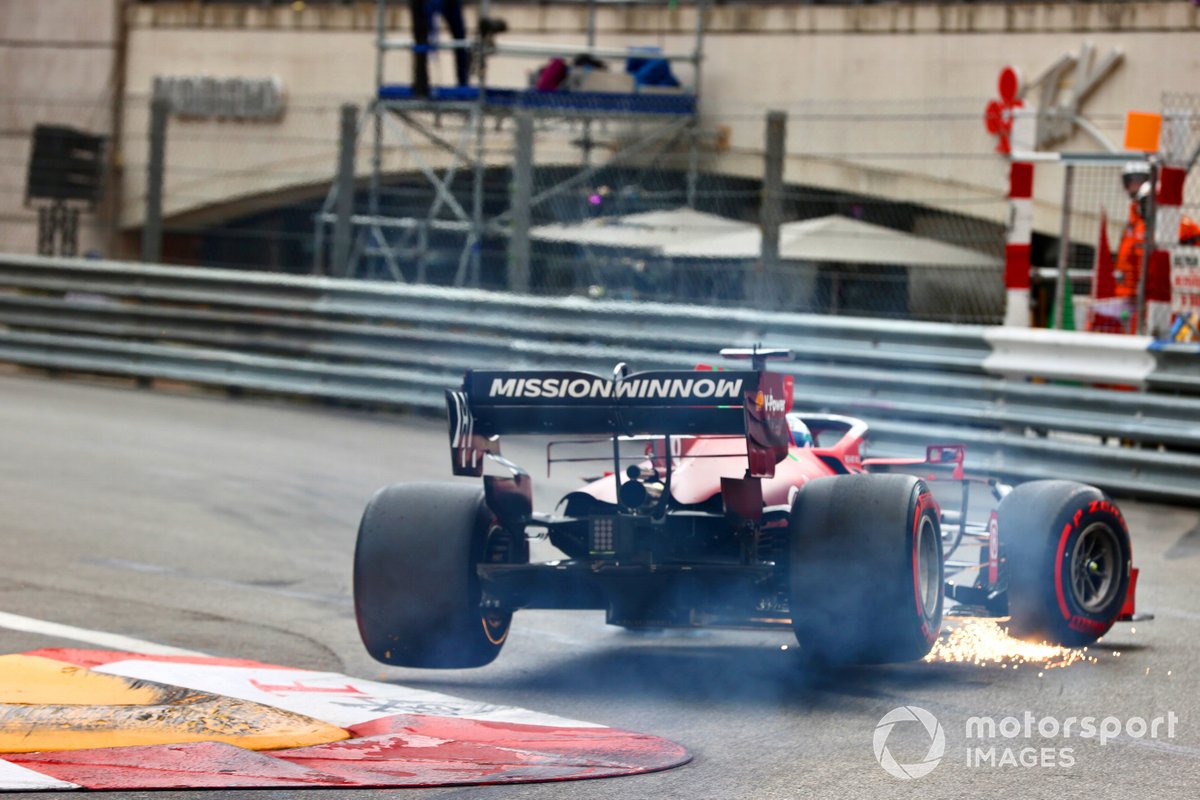 Had Leclerc wanted to deliberately wreck the qualifying efforts of the cars behind, there were plenty of other ways of doing it that wouldn’t have required a big crash.

He wouldn’t even need a red flag either, as a double-waved yellow is enough these days for drivers to have to abandon their qualifying efforts.

Monaco has history of drivers having much less spectacular moments that turned out to influence the pole battle.

The most famous was in 2006, when Michael Schumacher, in similar circumstances of being fastest at that point, locked up a wheel on the entry to Rascasse and clumsily managed to get his car in a position that wrecked the chances of main rival Fernando Alonso completing his lap.

While Schumacher pleaded his innocence about it being done deliberately, the race stewards did not believe him and he was thrown to the back of the grid. 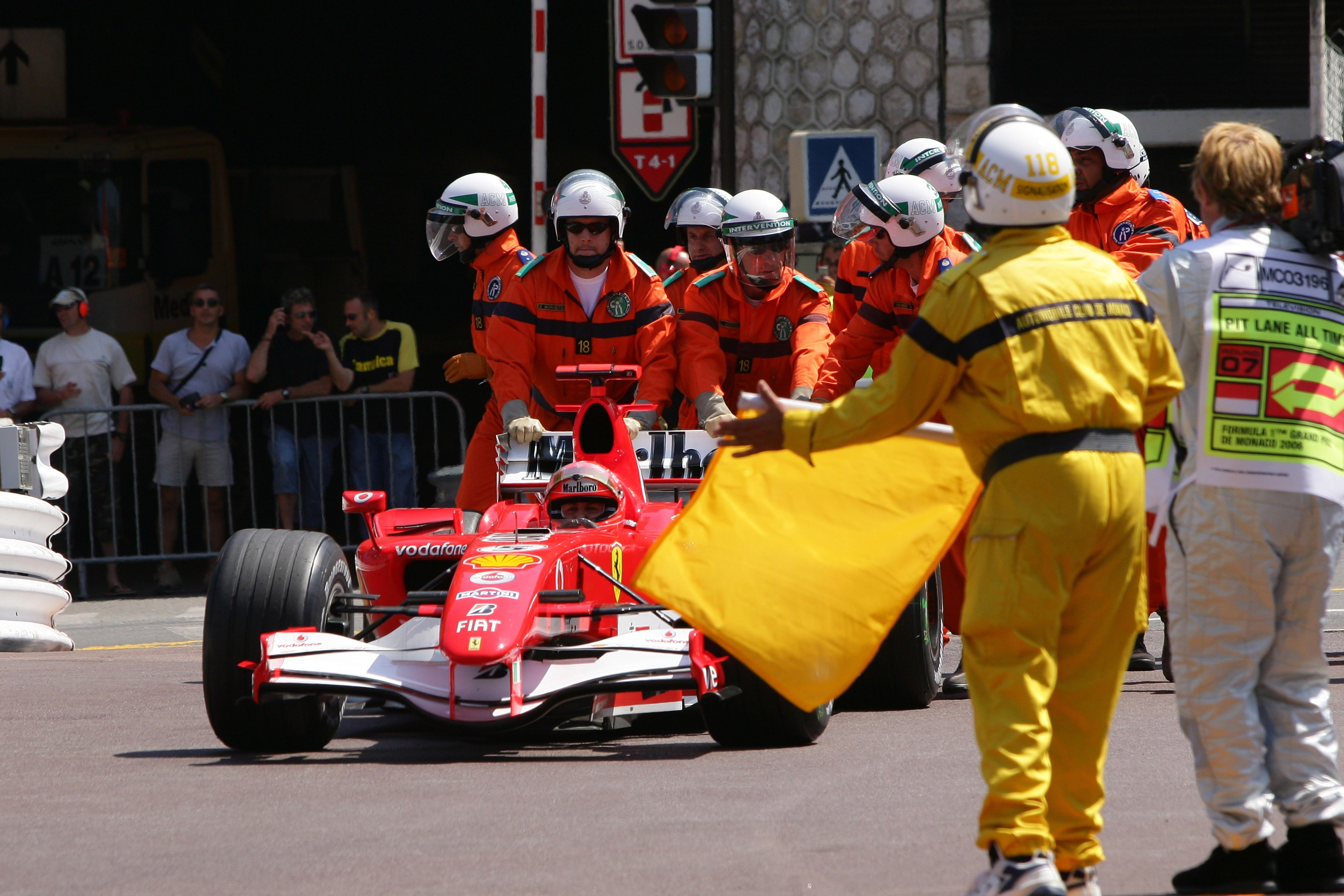 In 2014, Nico Rosberg caused controversy when he had a moment under braking for Mirabeau and ended up going down the escape road – bringing out the yellow flags.

Rival Lewis Hamilton behind him on track had to back off and immediately suspected foul play – telling the Mercedes pitwall over team radio that it was ‘very good’ of Rosberg to have done that to secure pole.

The FIA stewards did look into the incident but, after examining telemetry and video evidence, they gave Rosberg the all-clear as they did not find anything that suspected foul play.

For Leclerc, if there had been a split-second decision to do something nefarious, then a lock-up and a slow speed skid down an escape road or a brush against the barriers, would have been the much more obvious thing to have done.

Smashing the suspension up and facing the real danger of losing pole position thanks to a gearbox penalty is not something you choose to do.

Max Verstappen, who reckoned he was on a pole lap before the red flags came out, did not see grounds to suspect Leclerc of foul play.

The Red Bull driver said: “I think there is a difference when a guy makes a mistake and hits the wall, or doing it intentionally. I think had Charles just parked with a broken front wing, it’s a different story.” 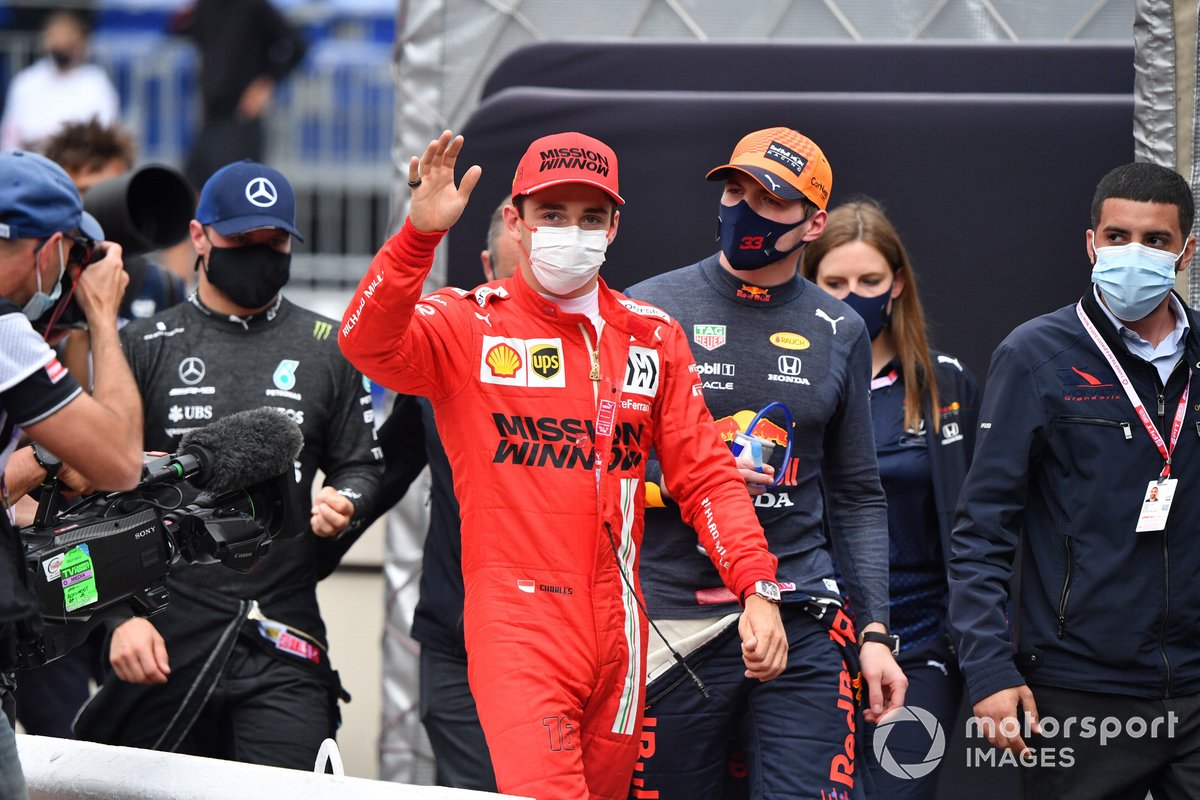 Leclerc himself concurred that if he had wanted to do something to bring out the red flags, then a high-speed crash was not it.

“I can tell you that if it was done on purpose, I would have done it a lot more cleverly and not gone at full speed into [the barrier] and risking breaking the gearbox,” he said. “So, no, it was definitely not on purpose.”

Ultimately for Leclerc, as Ferrari begins its detailed inspection of his gearbox this morning to see if it needs replacing, the crash could yet turn out to be the thing that actually cost him, rather than secured him, pole position.