The Ferrari Formula 1 team arrived at its local race in Imola this weekend on a high after a solid performance in the season-opening Bahrain Grand Prix.

The tifosi may be absent for the Emilia-Romagna Grand Prix, but watching on their TVs at home the team's devoted fans have some cause for optimism after enduring a painful 2020 season.

Charles Leclerc pulled out a superb lap to qualify fourth in Sakhir, an outcome that few expected prior to the session. He wasn't able to sustain that form in the race, losing out to Lando Norris and Sergio Perez on the way to sixth.

Nevertheless, it was a good starting point to this year's campaign for the Monegasque driver and his team, and it's evident that they are at least in the fight to be the third best team.

The SF21 package is much better than its predecessor – but as Leclerc readily admits, it's still not good enough.

"It is a step forward, a significant step forward, as we've seen in Bahrain," he said. "We've had a better progression compared to the other teams from last year to this year.

"But if you compare last year to this year, we've done a good job, and we need to keep working like this." 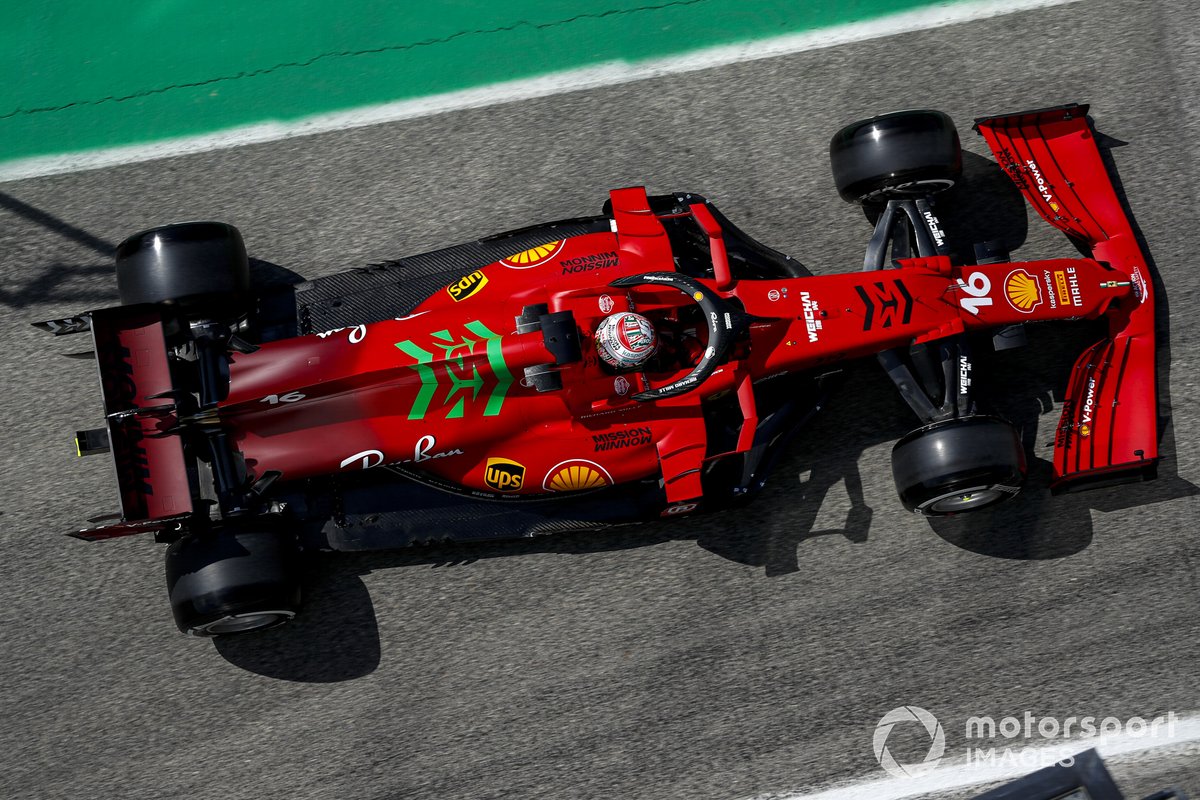 The power unit was obviously big talking point last year in the light of the FIA clampdown, but Leclerc says that the gains are not just about grunt.

"It's an overall improvement. The power feels better, the balance in the corners and the actual grip of the car feels better, so it's overall, it's not only on one thing in particular. It's just the whole package that feels better. And this is positive for the future."

Leclerc acknowledges that the team has some work to do in race trim. Indeed, his Saturday performance in Bahrain may have flattered the car.

"Then on Sunday, we struggled a bit more. We have learned from it. And there are probably a few things that we could have done a little bit better, that I could have done better in the car too. And we'll learn from there.

"But the fact is is that on Sunday, we were a bit slower compared to the performance we managed to do on Saturday. We are working on that, and trying to improve on that point. But there's not one particular thing that made us slower on Sunday." 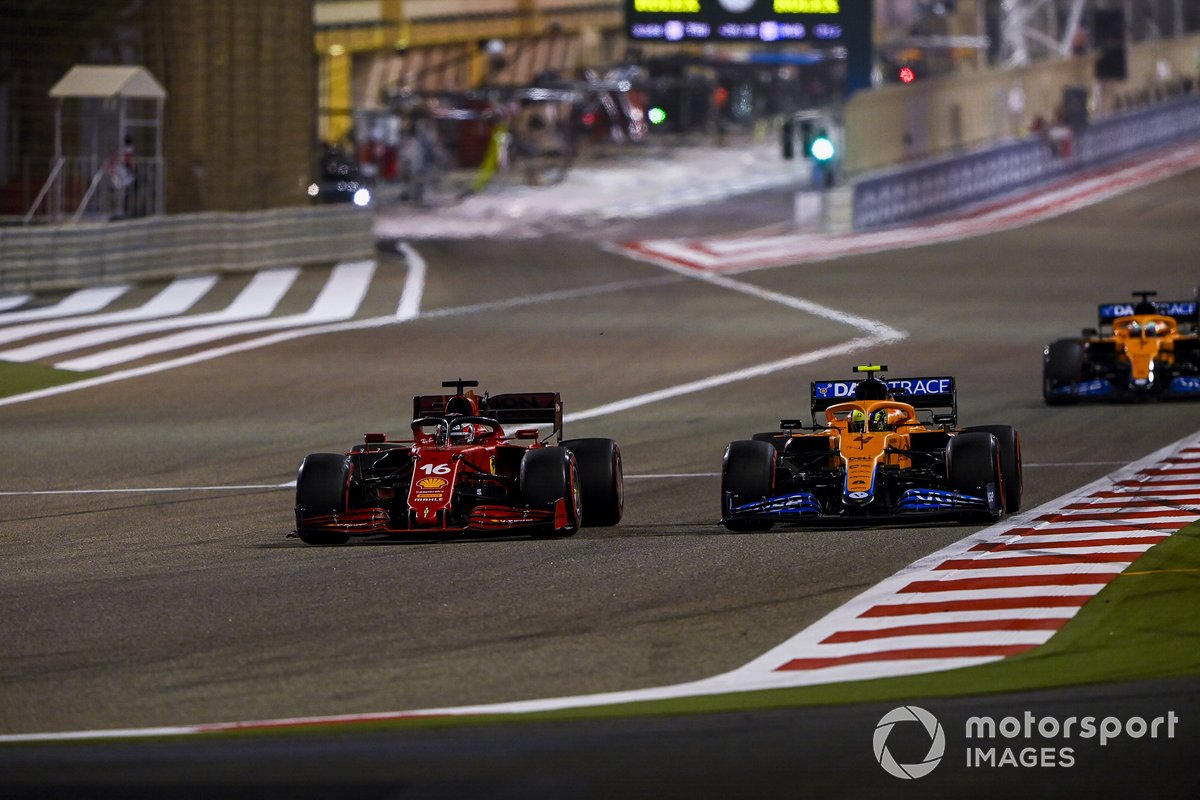 Leclerc has accepted that Ferrari won't be battling the two top teams for wins on merit this year.

That's hardly surprising given the step that needed to be made with a car that was frozen in many key areas over the winter. He sees third place as the target.

"I think a realistic goal for this year will be to be behind just behind Red Bull and Mercedes. Realistically, I think is going to be very difficult to fight with them. We are too far behind for now," he added.

"But we are in the fight with four or five other teams for the third place in the constructors'. So it's going to be a tight fight. But if we do everything perfect, I think it's reachable."

Like all the other teams, Ferrari has to make some difficult decisions this year as it switches resources to the 2022 project.

It's bound to be tempting to put more effort into this year's programme, given that the battle for third place is set to be so close. However, Leclerc is confident that his engineers will make the correct calls. There's a bigger picture to consider.

"I think the mentality is right on this, I have no doubts," he says. "And I think we are working well. The start of 2020 was difficult, to just realise the reality of things, and to understand that we were really a step down compared to 2019.

"But we went through this process in a good way I think, and then we started to work to reconstruct a little bit the whole project, and I think the mentality is right, as I said.

"I think everyone is well aware that there is much more to gain to prepare 2022 in the right way, because these new cars will last for a lot longer, for many years after 2022.

"So we need to be ready for that. And I think we are getting ready, as we should, for this transition. So I'm not worried about that." 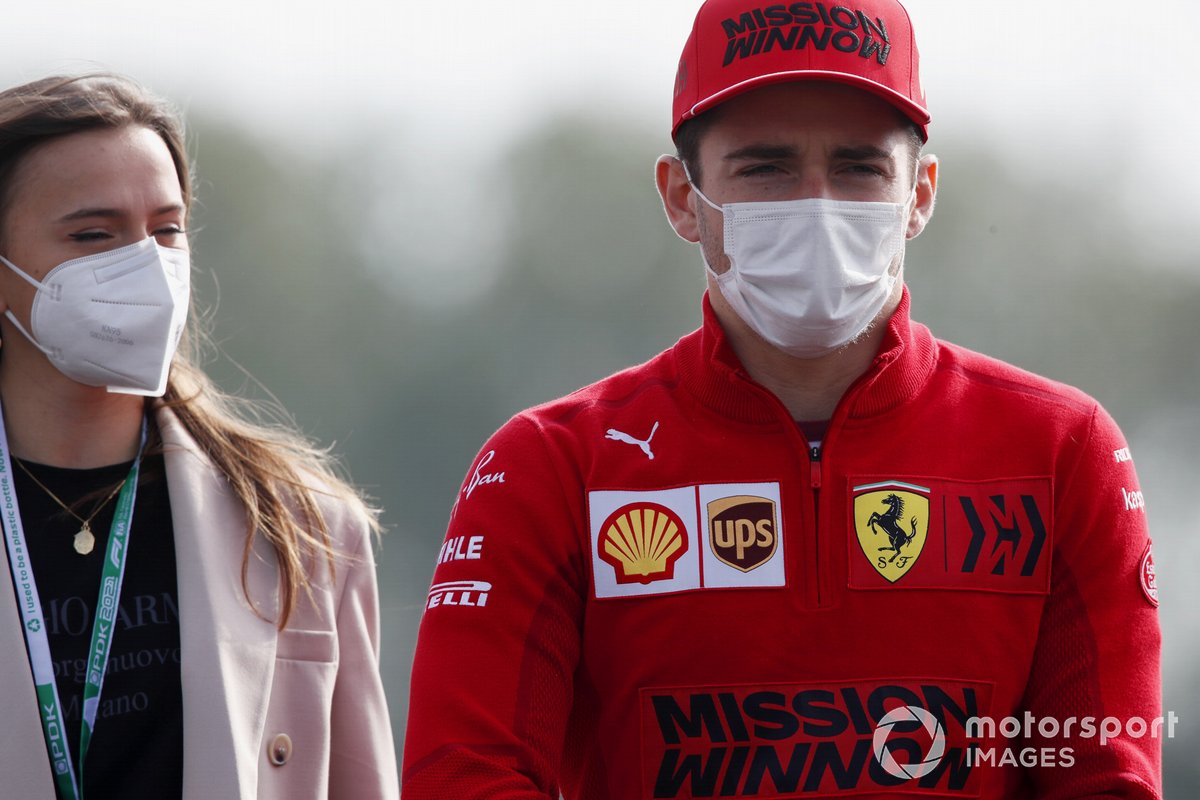 Leclerc knows he's at Ferrari for the long haul, thanks to his lengthy contract.

Another year with no wins after his brilliant first season with the Maranello outfit in 2019 will be painful, but at least he knows that he will be the one to benefit in 2022 and beyond if the team can turn it round.

He recently received a reminder of the good times in the form of his SF90 chassis, gifted by his team as part of the long-term deal he agreed back in 2019.

"Obviously after my first year with Ferrari I re-signed for a new contract which was much longer, and one of my wishes was this, and Ferrari has been nice enough to accept it," he said.

"And I'm very happy because obviously it's a memory I will keep forever. It's the exact chassis that won Monza and Spa, so my two wins in F1.

"And so it is a very special car for me. And thanks to them for accepting that. It will be at the collection of the Prince of Monaco, and like this, it's in good hands. I didn't have enough space in my living room in my apartment! So I need to upgrade that to have a bit more space for the car…"