Friday's announcement by Formula 1's Contract Recognition Board brought to an end the contract saga surrounding Oscar Piastri, who will race for McLaren in 2023.

For all of Alpine's confidence about the case and its swipes at Piastri's apparent lack of integrity, the team has to face the truth: its errors have caused it to lose a two-time F1 world champion and one of the brightest junior talents for many years in the space of just four weeks.

Fernando Alonso's shock switch to Aston Martin for 2023 caught everybody out, including Alpine team principal Otmar Szafnauer, who only found out when the press release was issued despite claiming to have been part of the negotiations (something Alonso denies). But despite talks stalling, Alpine did not look to budge from what it was putting on the table for Alonso. After all, it had Piastri waiting in the wings; Alpine thought Alonso needed it more than Alpine needed Alonso.

But Sebastian Vettel's retirement announcement and Aston Martin's interest in Alonso undid everything for Alpine. The backup plan backfired spectacularly. It had lost Alonso, and in truth, it had already lost Piastri weeks ago. Alpine just didn't know it yet.

The CRB ruling revealed the agreement in place between Piastri and McLaren was signed on 4 July, the Monday after the British Grand Prix and almost a month before Alonso's exit from Alpine was announced. It was also nine days before Daniel Ricciardo's statement on Instagram reaffirming his commitment to McLaren.

Piastri is understood to have initially signed a reserve deal with McLaren for 2023, but given its concerns about Ricciardo and the way things were moving, it is likely to have included clauses or elements that factored in a promotion to a race seat should one become available.

A lot has been said about loyalty - or lack of it - from young drivers towards teams that support their F1 careers throughout the Piastri saga. But that has to go in both directions. Yes, Alpine was giving Piastri extensive testing and hoping to make him the best-prepared F1 rookie for some time. Yet by being too focused on keeping Alonso for 2023, it failed to ensure it had everything sewn up with Piastri, whose camp would understandably have grown so frustrated that they pursued options elsewhere.

This is where McLaren sensed an opportunity to swoop in. Regardless of your views on how things unravelled with Ricciardo, the team simply wanted to secure the best driver line-up possible for the future. It could offer Piastri something that Alpine, as of 4 July, simply was not willing to: a race seat for 2023. 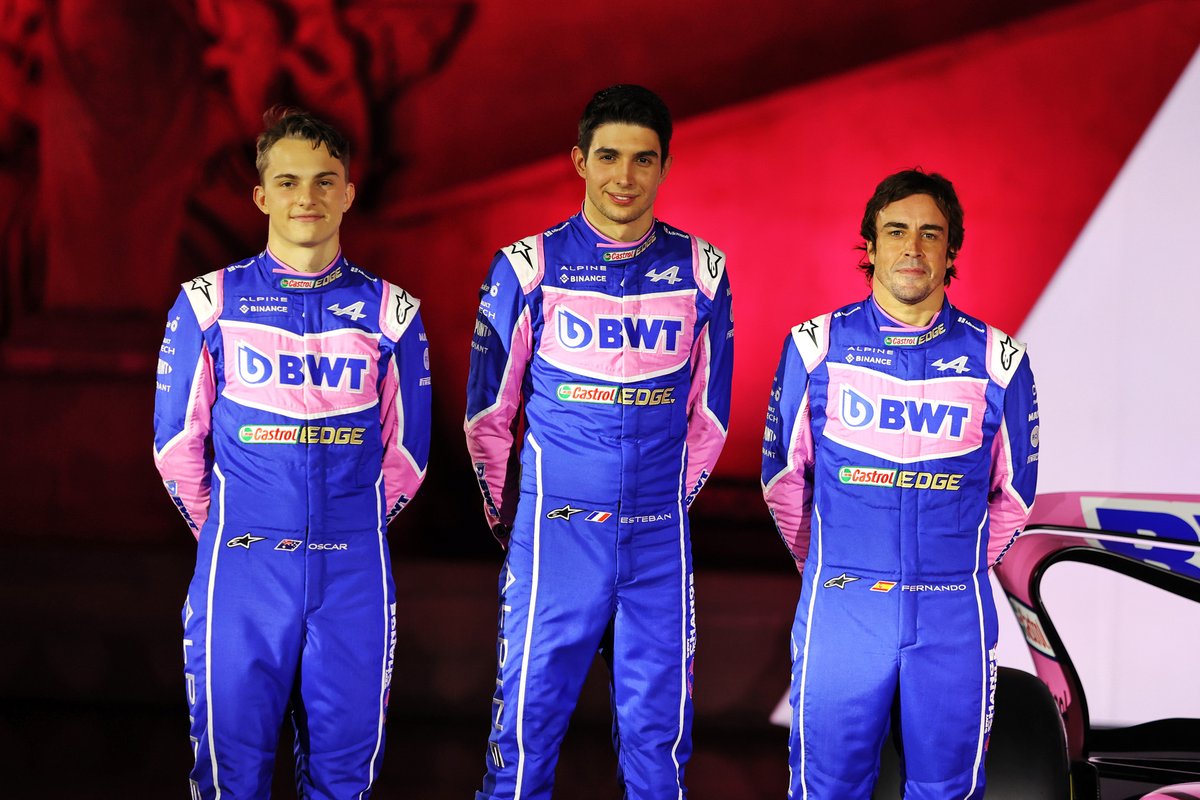 Alpine was confident in its ability to keep hold of Piastri, but the 2021 F2 champion will now join McLaren

Alpine must ask itself some serious questions about this whole saga. It has been a disaster for the team, particularly for all of the confidence that was shown publicly. McLaren's approach of simply saying it would wait for the CRB's ruling might have been a bit underwhelming and failed to generate any headlines, but it also did the trick. As the old saying goes: "Better to remain silent and be thought a fool than to speak out and remove all doubt."

Even if the likes of Szafnauer and Alpine CEO Laurent Rossi were convinced that Piastri's agreement with the team, allegedly signed last November, would hold then why have they been proved wrong? What information was given to them that the CRB unanimously ruled against? A big review needs to be undertaken to get to the bottom of it, but its handling of both Piastri and Alonso - who said there was always a "strange feeling" in his talks about a contract extension - surely points to shortcomings that must be overcome for the future.

The whole saga has also unfairly overshadowed Piastri's arrival into F1. Here is a driver with a junior CV that would be the envy of anyone else on the F1 grid, with bags of running under his belt, and is fully deserving of his opportunity to shine. It was really hard to find anyone with a word to say against Piastri prior to this whole saga.

Instead, Piastri has sparked a viral internet trend through his "I understand that, without my agreement…" tweet, and faced criticism for his apparent lack of loyalty to Alpine. The whole saga will surely rumble on as a talking point until he finally makes his debut in Bahrain next March, at which point he will likely be one of the most scrutinised rookies to reach F1 in years. It's only going to have added pressure. It will also make for an awkward final few months for Piastri as Alpine's reserve driver.

And Alpine is now left, at best, with its third choice to partner Esteban Ocon next year. As Autosport revealed last week, AlphaTauri's Pierre Gasly appears to be the leading option, with talks taking place between Red Bull and Alpine over terms to get him out of his contract that runs to the end of next year. But even that is coming with a lot of question marks given the previous tensions between Ocon and Gasly. It's hardly a perfect fit.

When the Alpine name joined the F1 grid for 2021 after the rebranding of Renault's works operation, a 100-race plan was put in place to climb to the summit of F1. Having lost both its F1 past in Alonso and its future in Piastri, all by its own failings, the team needs to hold itself accountable and do better in the future to avoid repeating such huge blunders. 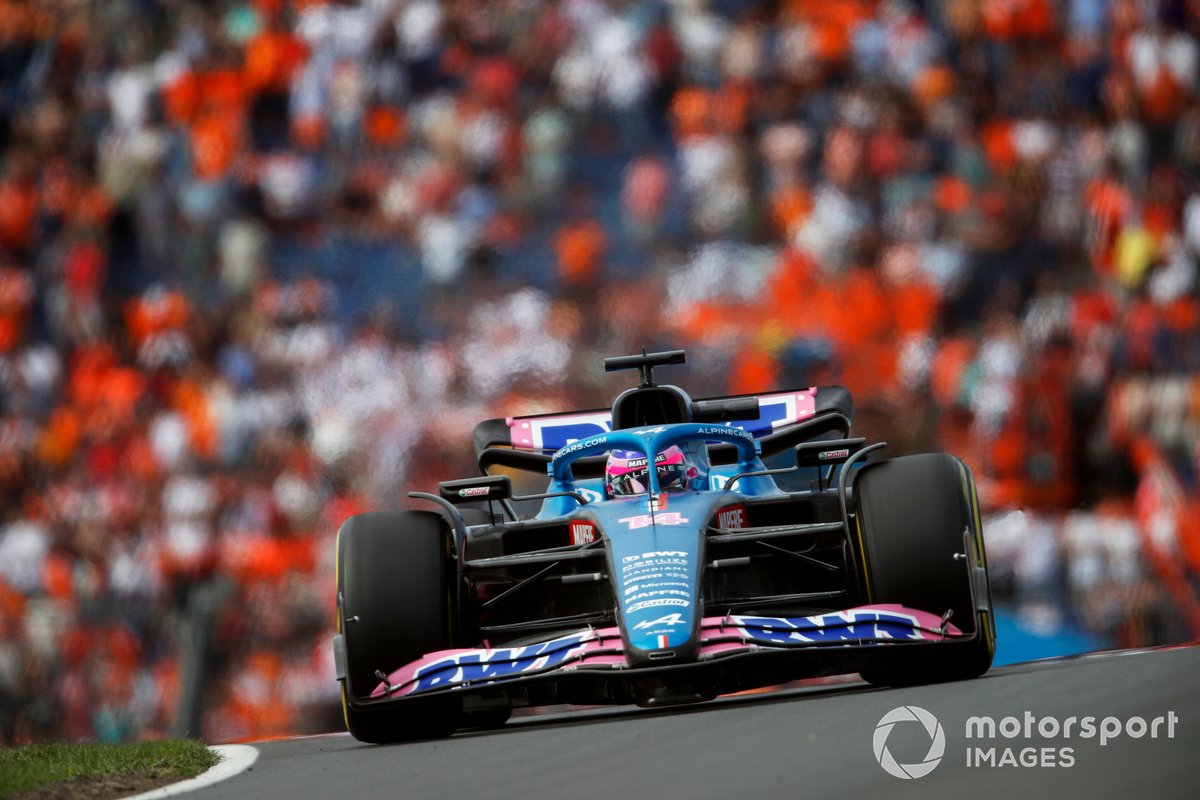 With Alonso and Piastri now slipping through its grasp, serious questions need to be asked at Alpine