Daniel Ricciardo says he is "not walking away" from either McLaren or Formula 1 amid rumours on the team's 2023 line-up.

Since arriving at McLaren last year Ricciardo has struggled to adapt to the Woking team's machinery.

Apart from a rare highlight winning the 2021 Italian Grand Prix, the Australian has generally struggled to match established team-mate Lando Norris in either qualifying or races, which has prompted speculations about the 33-year-old's future.

PLUS: The key considerations Ricciardo must weigh up ahead of a crucial chapter

But on Wednesday Ricciardo took to social media to quell any speculation that he will not see out his three-year deal with McLaren, that runs until the end of 2023.

"There have been a lot of rumours around my future in Formula 1, but I want you to hear it from me," Ricciardo wrote on his Twitter and Instagram pages.

"I am committed to McLaren until the end of next year and am not walking away from the sport.

"Appreciate it hasn't always been easy, but who wants it easy!

"I'm working my ass off with the team to make improvements and get the car right and back to the front where it belongs. I still want this more than ever."

Ricciardo's comments have come a day after McLaren announced it had prized reigning IndyCar champion Alex Palou away from Chip Ganassi Racing, despite Ganassi claiming it had extended Palou's contract in a bizarre tug of war. 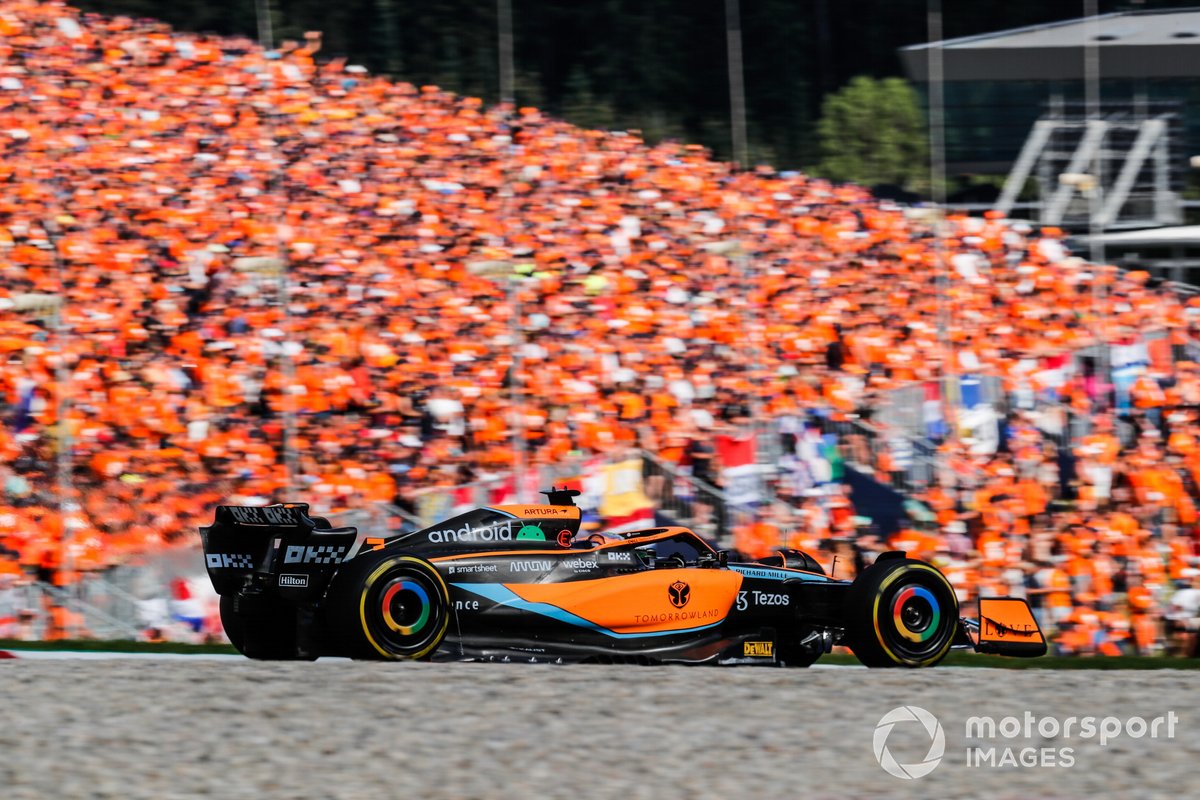 McLaren announced the arrival of Palou, who is eligible for an FIA superlicence as an IndyCar champion, without specifying in which series McLaren Racing is going to employ the Spaniard.

In 2023 the group is fielding teams in F1, IndyCar, Formula E and Extreme E.

McLaren also has fellow IndyCar frontrunner Pato O'Ward in its stable and earlier this week it handed a test in its 2021 F1 car to Andretti Autosport IndyCar racer Colton Herta, as the 22-year-old American is groomed for FP1 outings this year.

The talented youngsters McLaren is stacking its line-up with across series are all believed to be eyeing a switch to Formula 1.

Last month McLaren signed 2016 Indy 500 winner Alexander Rossi from Andretti Autosport to strengthen its three-car 2023 IndyCar line-up, while it could also choose to keep Felix Rosenqvist on the IndyCar line-up or shift him to Formula E.