Villeneuve, who won his sole F1 title 20 years ago, says that Hamilton relaxed too much when Valtteri Bottas arrived as replacement for his previous title rival Nico Rosberg.

"Lewis is really, really good," said Villeneuve. "He's only ever been in the best team with the best car, or close to it, like every great champion, which is fine.

"If he can be the whole season like he's been since the summer break, great, but he hasn't done a full season like that.

"He wasn't there. I think he fell asleep with Bottas, and when he realised that Bottas wasn't the one he had to fight, it was actually Vettel, that's when he woke up.

"He spent years with Nico, and it was always tough with Nico.

"Then when Bottas arrived he was laughing - 'phew, finally I'll have an easy championship.' After a while he realised, 'crap, Ferrari is there and Vettel is there.' And Vettel is not one to give up."

Villeneuve fought his Williams team-mate Damon Hill for the 1996 F1 title, and then beat Ferrari's Michael Schumacher in '97. He says he preferred having an external rival. 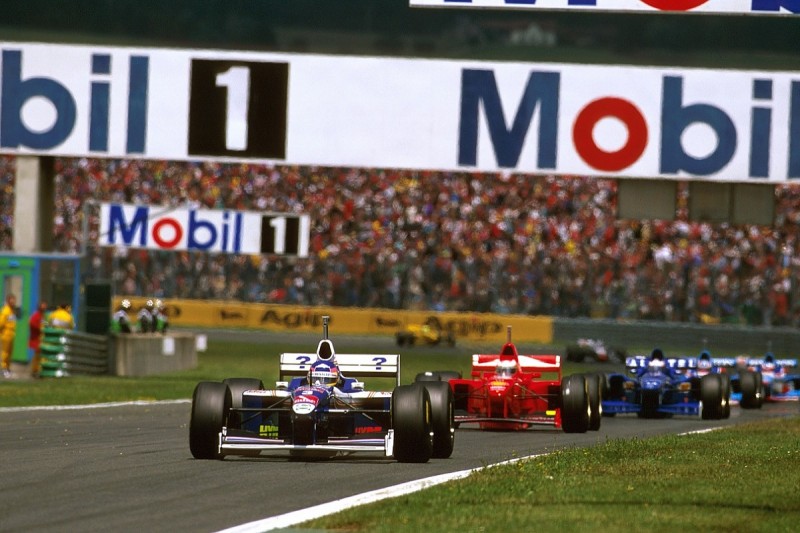 "It's always better, because you don't need to be political internally, you don't need to share your resources with your team-mate, and to be open about your set-up with someone that you're actually fighting for the championship," said Villeneuve.

"It's a lot more exciting when it's someone from another team."

He believes that 2017 was a positive season for F1.

"So right now we're saying, 'Wow this was an amazing year.'"