Haas Formula 1 team principal Gunther Steiner says the 2021 engine parameters announced by F1 and the FIA are "a good concept", but acknowledges they will need substantial refinement

Manufacturers Ferrari, Mercedes and Renault all expressed their disappointment with the plans, which focus on less technology and more standardisation of parts.

Steiner, who is keen to see costs reduced and the playing field levelled, is the first team boss to offer a positive response.

"They've tried to achieve the things they set out with more noise, more equality and lower costs," he said.

"That is the aim of it. I think they've thrown out a good concept to start off with.

"Now the details can be worked out by the technical people.

"The concept is out there, and I don't think the concept will be changed.

"But now they need to work on the detail of the concept to achieve the goals they've set themselves with more noise, more equality and lower costs for the customer teams.

"Hopefully, they can achieve it." 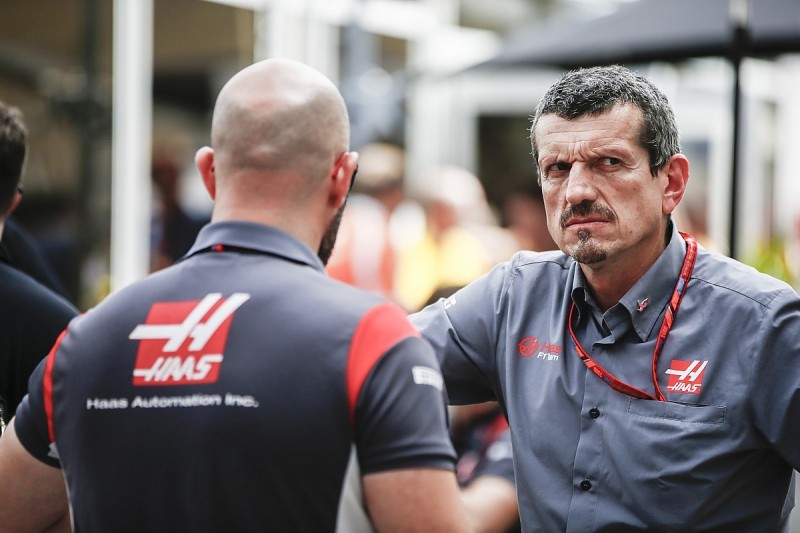 While reducing costs is a key issue for teams such as Haas, Steiner accepted that the engine has to tick other boxes and be acceptable to fans.

"I wouldn't say [cost] is the most important. It's as important as the other ones because even if it's cheap, if people don't like the engine, why would we do it?" he said.

"There needs to be a compromise between what the fans like, which is noise, and new manufacturers coming in, which is what people want.

"The cost element is also important for new people, for current people, and for the teams which don't make their own engines, like us.

"It's part of what we need to do to change F1 to be better."

Steiner stressed that getting the sound right has to be a key goal.

"The noise - if you don't have it, you think it's not important because it's just noise. If you hear a V10 or a V12 going by, when you see these historic cars, it sounds beautiful," he said.

"You can improve, and the aim is with making the rev limit 3000 rpm higher than the current engine, it can be achieved to be noisier.

"I think it will never be like it was. A little bit noisier is good because I think it's great for the fans to hear a car coming from far away.

"I think it will take a year to finalise the regulations. I think that's the aim, to have the final version of the technical regulations by the end of 2018.

"Then it's a two-year development process. I think already the manufacturers will start now to develop, because you cannot be behind."