World championship leader Hamilton moved to the top of the ratings - based on the average scores given by Autosport Plus readers after every race - for the first time this season following his Hungarian Grand Prix win.

However, Vettel's defeat of the Mercedes driver at Spa, and the 9.2/10 score he picked up from our readers compared to Hamilton's 8.2, was enough to put him back in the lead for the season by just 0.02.

Who are your stars of the season? Submit your driver ratings after every grand prix

Kevin Magnussen hangs onto third place behind the two title contenders, while Valtteri Bottas has jumped up two places to fourth following his charge through the field after taking a grid penalty in Belgium.

Bottas's progress moves Fernando Alonso and Charles Leclerc - who were caught up in the La Source crash triggered by Nico Hulkenberg at Spa - down a place each to fifth and sixth respectively.

While Leclerc's misfortune was out of his hands, his 6.9 rating was his third in a row off less than seven, which has dropped him down the field after he shared top spot with Vettel just two races ago.

Kimi Raikkonen has moved into seventh at the expense of Daniel Ricciardo, while behind them, Hulkenberg's 3.2 score due to his clumsy role in the Alonso/Leclerc collision drops him out of the top 10. 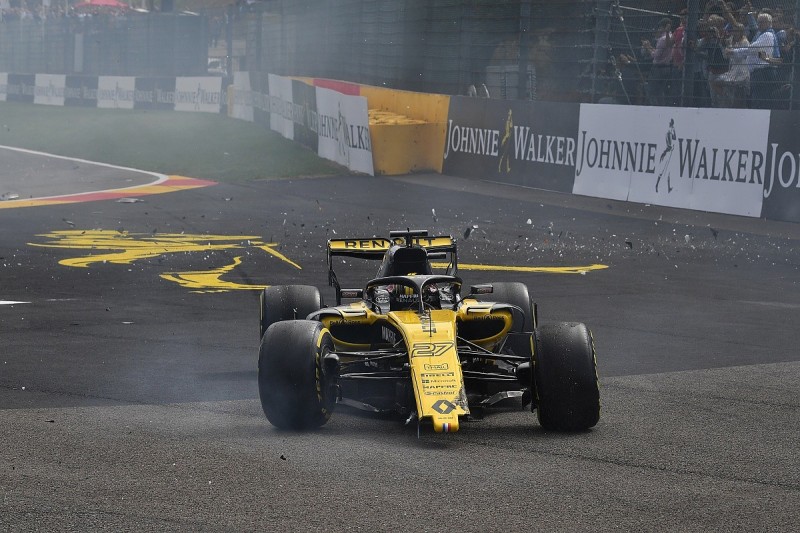 Hulkenberg's rating is the lowest handed out to any driver since Lance Stroll managed just 2.9/10 in Monaco, and it has dropped him behind Esteban Ocon and Pierre Gasly.

The final change in the order is near the bottom, where Stoffel Vandoorne's miserable season continues, dropping him another place behind Romain Grosjean to sit 18th out of the 20 drivers.