F1 overhauled its technical regulations for this season to use cars that generate much more downforce from the floor and therefore rely less on undisturbed air flowing over the wings.

This season's races have shown that the rules have succeeded in allowing cars to follow each other much closer in faster corners, but that hasn't necessarily resulted in more overtaking.

Most of the action has still come from DRS, with its effect arguably being overpowered in last month's Spanish Grand Prix as cars slingshotted past on the long main straight.

Verstappen acknowledged that, without the system, races would still be largely processional and said DRS is absolutely necessary on this generation of cars.

"Well, if it's not [on the car] anymore then we are just driving in a train, I think I demonstrated that it's really frustrating, so you need DRS at the moment with the cars," Verstappen said after DRS issues in Spain meant he was unable to pass George Russell's slower Mercedes until his rear wing flap worked again.

Verstappen said the effect of having less dirty air was partially offset by the reduced drag of this generation of cars, which punch a smaller hole in the air for following cars to slipstream behind.

He added: "We can follow a little bit easier but once you're behind.

"I do think the drag is a little bit less, you don't have that slipstream effect like last year for example. And then you still need a DRS to be able to have a go into Turn 1." 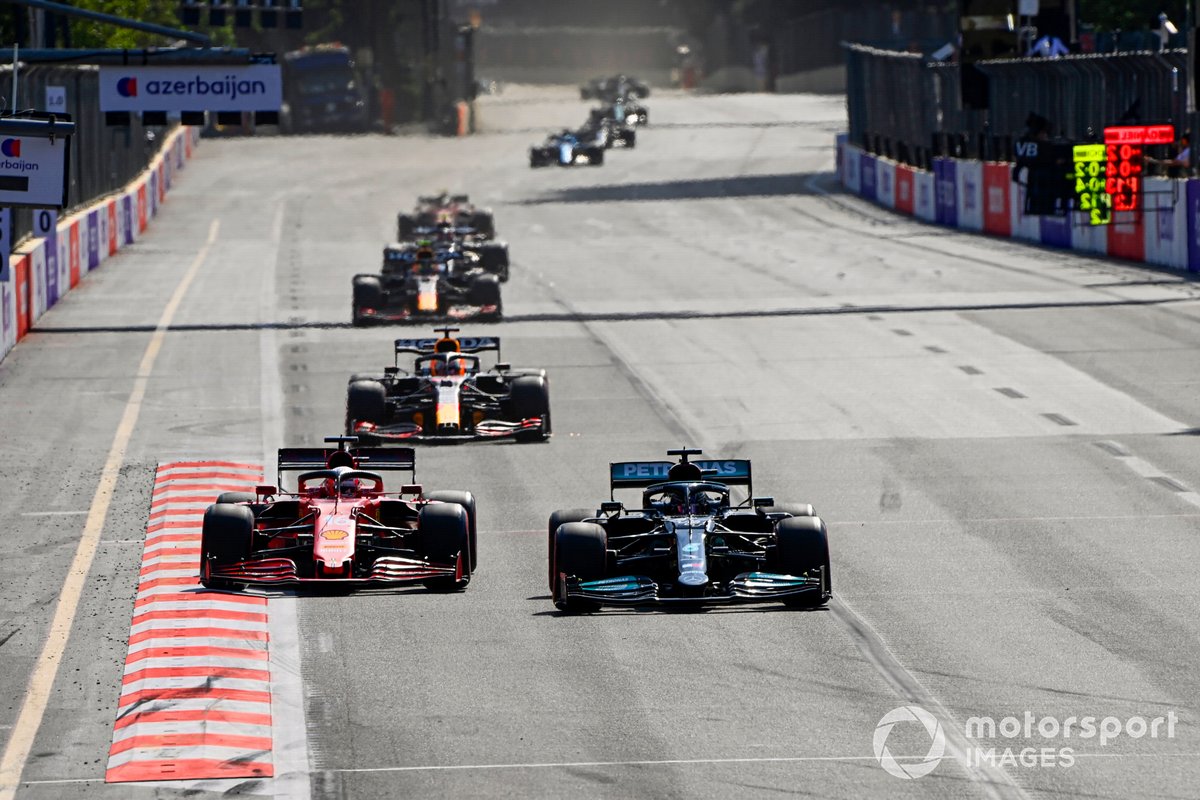 The DRS system is set to be a key factor in this weekend's Azerbaijan Grand Prix, as Baku's slow corners and long straights mean drivers will likely find it easier to stay within the required one-second margin to activate the system.

Chief engineer Paul Monaghan is confident Red Bull's DRS issue has been permanently solved after a quick fix in Spain didn't work, but explained that Baku's fast straights will pose the true test.

He cautioned that "Baku presents slightly different problems" so it would be "foolish to rest on our laurels".