Max Verstappen reckons Formula 1 should not restrict the 'party modes' used by Mercedes in qualifying, despite his own team bosses suggesting they should be controlled

Both Red Bull team principal Christian Horner and Red Bull motorsport boss Helmut Marko have suggested there should be a parc ferme for engine modes, with no changes allowed from qualifying to the race.

But Verstappen says that would be unfair, because he believes Mercedes should not be penalised simply for doing a better job than its rivals.

When asked if he supported an engine mode restriction, Verstappen replied: "Honestly not. Because they do a better job than anybody else, so why would you take it away? It's not fair to them.

"It's quite clear in qualifying they ramp it up, but it has been like this already for the whole era of V6s, so it's not a new story.

"It's up to F1 to maybe change the rules to make it more difficult to develop things and stuff, but you shouldn't now take it away because they are really, really good. It's unfair to them."

Asked if he understood the frustration of his bosses Verstappen added: "Same for me. But you also have to be honest and clear about it, they just do a better job than everyone else.

"Otherwise I think we should just use all the same engines - but that's not what everybody wants."

Red Bull can be "very close" to Mercedes in Bahrain 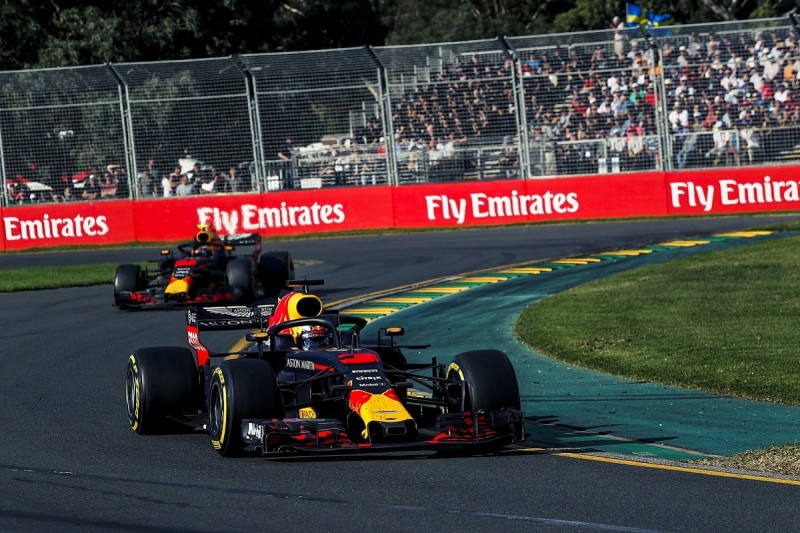 Team-mate Daniel Ricciardo is anticipating a stronger weekend relative to Mercedes in the Bahrain Grand Prix, based on the race pace he produced in Australia, but he still expects the silver cars to have the edge on the field in qualifying.

"If we have the same car on Sunday that we had in Melbourne on Sunday then I think we'll be very close," said the Australian.

"It's a different track, whatever, but if those circumstances are the same then I think we'll be very close.

Verstappen is also upbeat about Red Bull's prospects, suggesting higher tyre degradation and easier opportunities to pass could play in the team's favour.

"For sure the tyre degradation should be a little bit higher, so if we get everything right, then it can be quite an interesting race I think," Verstappen said.

"Also more overtaking opportunities, longer braking zones - the track is a little bit wider so you can drive little bit different lines to stay out of the dirty air, and I think the DRS is a little bit more efficient here to pass cars."