The Spaniard has high hopes about the potential of his team's Renault-powered MCL33, but knows that more development work is needed if it is to have any hopes of challenging the top three teams.

McLaren is working on upgrades for the next two races, and Alonso reckons that the rate of progress it makes over the next eight weeks will decide just how ambitious the team can be with its targets for the remainder of the campaign.

"I think there is still quite a reasonable gap to close with the leaders, but it is up to us now," he said.

"It is up to the team to deliver the performance in the next weeks, the next four, five, six grands prix, and if we are able to bring the performance to the track and close the gap and be in a reasonable distance to pole position and podium finishers.

"Then it is up us to deliver the results on the weekend.

"The next two months are crucial for our hopes in this year's championships.

"But hopefully we can keep improving the car and keep putting more performance.

"If it is not a world championship fight, it will hopefully be some podium positions in the year or can be some regular top five, top six positions.

"So that is something we need to discover and to find out.

"It is probably the first time in the last three years that it is up to us to deliver the results and we will try to do our best." 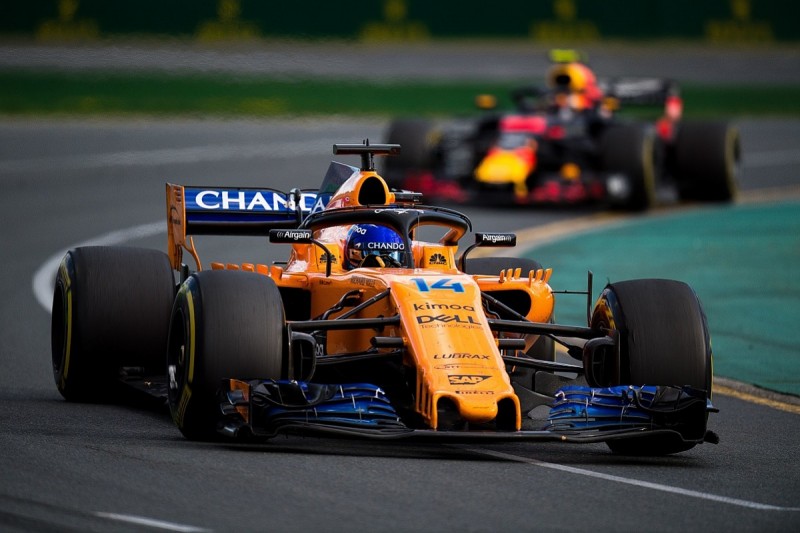 Although the strength of Mercedes, Ferrari and Red Bull means finishing on the podium will be a big challenge for McLaren this year, Alonso has no doubts that such a feat is achievable in 2018.

"We were two places from that podium already in Australia and they were very close [in] the last 10 laps, [with Daniel] Ricciardo and Kimi [Raikkonen] fighting together," he said.

"I won two races in 2008 with that Renault - I was on the podium in '09 with the introduction of KERS and with that car we were ninth in the world championship.

"Anything can happen in F1, and if you are close to that point before, sooner or later that opportunity will come and we will take it."