Liberty Media has unveiled a five-point plan for the future of Formula 1 after 2020, following a presentation to the teams at the Bahrain Grand Prix

Liberty intends to make the cars more raceable and improve overtaking, while putting the focus back on the driver.

Aerodynamics, suspension and engines will remain areas of development and differentiation between cars, but there will be a move towards more standard parts.

As revealed last October, F1 wants cheaper and less sophisticated engines for 2021, with an emphasis on improving the sound, increasing power and reducing the necessity of grid penalties.

Liberty has also said the rules must appeal to new entrants, and F1 wants customer teams to have access to the same performance as works teams, but the engines must remain "hybrid, road-relevant and allow manufacturers to build unique and original power units".

Liberty has confirmed plans to introduce a cost cap, with the intention to put a focus on spending money wisely, rather than the overall amount, a philosophy Ross Brawn has been keen to promote.

F1's owners also plan to make revenue distribution among teams "more balanced" and also plans to provide financial support to engine suppliers, though the "historical franchise" value of teams will still be recognised.

On governance, the intention is to have a simplified structure involving F1, the FIA and the teams, Liberty having complained the current system is cumbersome. 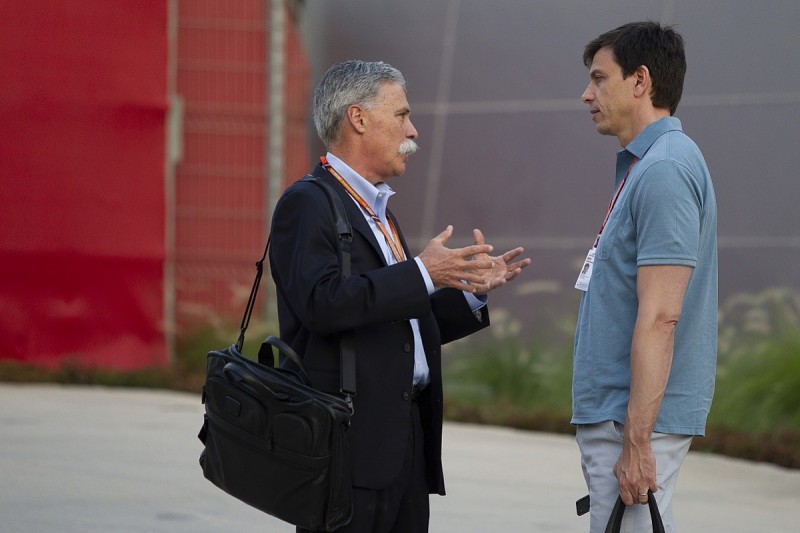 "Formula 1 is a sport with a rich history," said F1 CEO Chase Carey in a statement.

"We want to preserve, protect and enhance that history by unleashing F1's potential, by putting our fans at the heart of a more competitive and more exciting sport.

"We are driven by one desire: to create the world's leading sporting brand.

"Fan-centred, commercially successful, profitable for our teams, and with technological innovation at its heart."

The teams met with Carey and Ross Brawn in Bahrain on Friday to see Liberty's blueprint.

"It was a more a meeting to pass the information and to pass the views onto the teams," Brawn told Autosport.

"The teams need to digest it now, and then the discussion proper will start. It was a straightforward meeting with no major controversies."

Ferrari and Mercedes remain the two teams that need the most convincing. Immediately after the meeting, Toto Wolff and Niki Lauda met with Maurizio Arrivabene at the Mercedes hospitality building to discuss what they'd heard.