For 2022 Mercedes introduced a new 730bhp Mercedes-AMG GT Black Series, which was used in Bahrain and Saudi Arabia. The Mercedes is much closer to a pure track car than the Aston and is believed to be around five seconds faster per lap.

The Aston Martin safety car, driven by former DTM racer Bernd Maylander, was pressed into action twice during Sunday's 58-lap race following an off by Carlos Sainz Jr and a crash for Sebastian Vettel.

Verstappen, who took both restarts from second place behind leader Charles Leclerc before his retirement, said the Aston “was like a turtle” that prevented drivers from restarting the race with sufficient heat in their Pirelli tyres.

"There's so little grip and also the safety car was driving so slow, it was like a turtle. Unbelievable," Verstappen fumed.

"To drive 140 [km/h] on the back straight, there was not a damaged car, so I don't understand why we have to drive so slowly. We have to investigate.

"For sure the Mercedes safety car is faster because of the extra aero, because this Aston Martin is really slow. It definitely needs more grip, because our tyres were stone cold.

"It's pretty terrible the way we are driving behind the safety car at the moment." 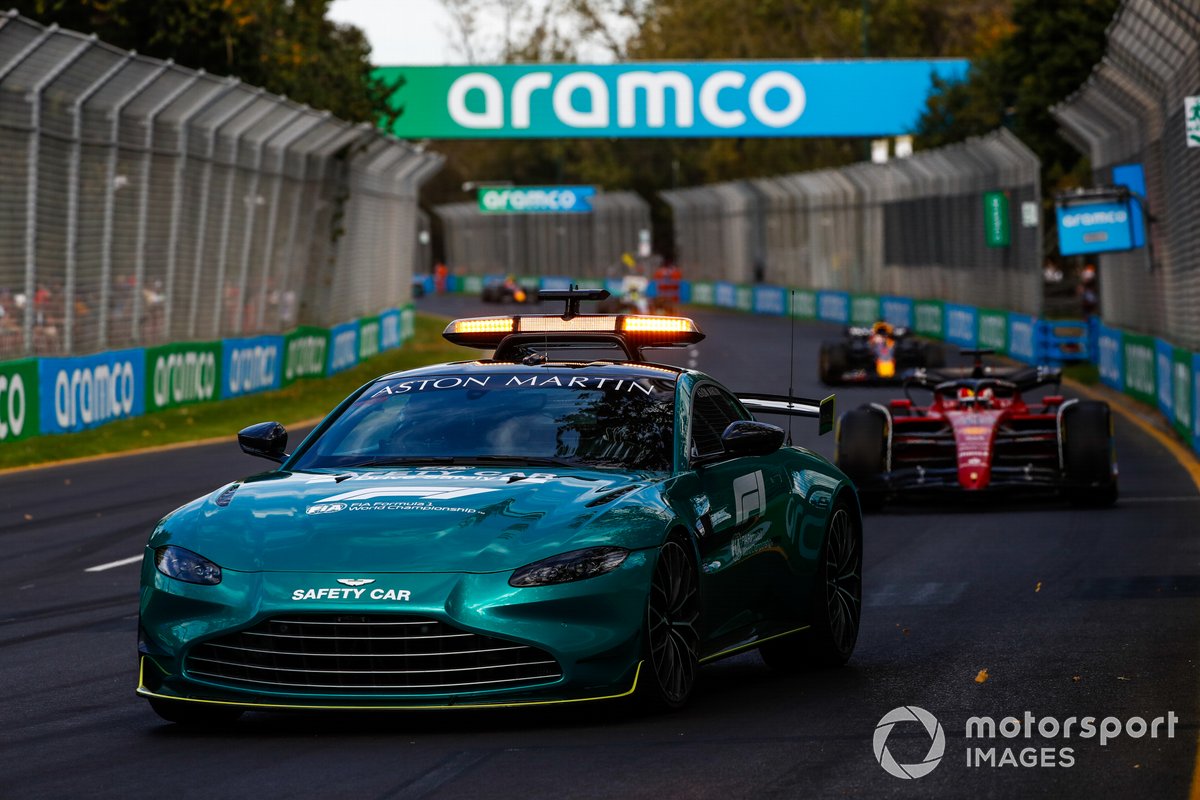 Melbourne winner Leclerc agreed with his 2022 rival, but said he didn't want to complain on the radio once he saw how hard Maylander was working to go as fast as he did.

"To be honest it always feels too slow in the car because with those Formula 1 cars, we have so much grip and it's very, very difficult, especially on the compound we were all on, which was the hards," he said.

"I was struggling massively to put some temperature in them, so I also struggled.

"To be honest, I wanted to complain, but then I checked how much the safety car was sliding in the corner and I don't think there was anything more that he could give so I didn't want to put too much pressure.

"For sure with the cars that we have now it's very difficult to keep the temperatures in the tyres behind the safety car.

Third-placed Mercedes driver George Russell quipped: "We don't have the issue with the Mercedes-AMG safety car!

"On a serious note, the Mercedes-AMG is like five seconds, a lot quicker, than the Aston Martin safety car, which is pretty substantial."