Speaking in public for the first time since his opening lap crash with Hamilton at Silverstone, Verstappen said his opinion - voiced over social media in the race's aftermath - that his rival had not acted correctly still stood.

After confirming that he had spoken to Hamilton via phone after the accident, Verstappen did not tone down his belief that it was wrong of his rival to appear so happy after completing a comeback victory at Silverstone with a late pass on Charles Leclerc's Ferrari.

"If you mean with disrespectful, [it's] when one guy is in the hospital and the other one is waving the flag around like nothing has happened, while you pushed the [other] guy into the wall at 51G," said Verstappen.

"And not only that, just the whole reaction of the team besides that, I think.

"That's not how you celebrate the win, especially a win how they got it.

"So yeah, that's what I found really disrespectful and in a way I mean it shows how they really are, you know. It comes out after a pressured situation. But I wouldn't want to be seen like that."

Verstappen's Red Bull team has also been critical of the way Mercedes celebrated, with boss Christian Horner doubling down on his unease about his rivals' behaviour in his post-British GP column on the team's website.

Verstappen did not expand on the content of the conversation with Hamilton after the race, or if they had discussed how they will approach racing each other from now on. 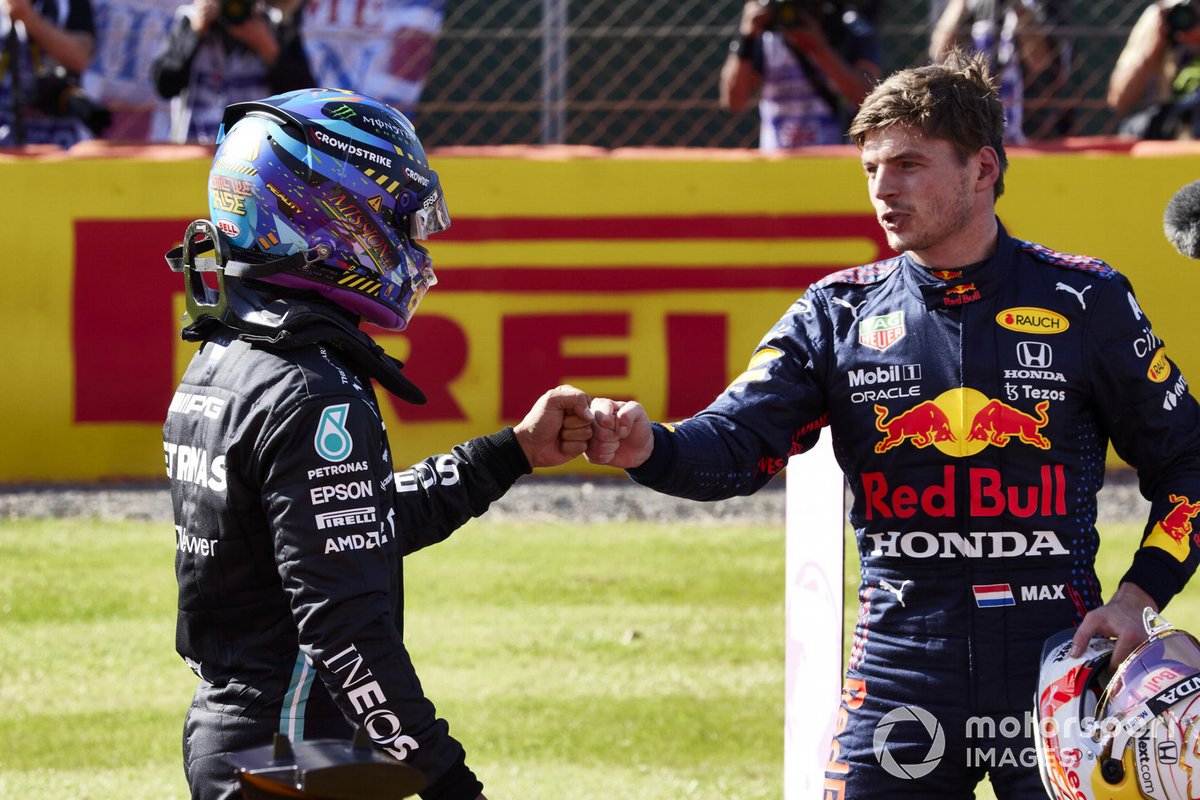 "Yeah he did call me," the Dutchman revealed. "I don't need to go into details about that but we did have a chat."

Despite remaining unhappy about what happened, Verstappen reaffirmed that he was eager to try to draw a line under what happened, having reiterated in Red Bull's event preview that he was "not interested" in continued discussion of the incident.

"You anyway can't change the outcome," he said. "I mean, I'm not happy with what happened there, especially to lose that many points due to someone else, but it's what it is.

"I can't really say a lot more about it, you know. I hit the wall quite hard, which is never what you want, but yeah, we'll try, of course, have a good weekend here."