Max Verstappen felt confident that “pole position was on” for Red Bull in Monaco before a red flag at the end of Q3 forced him to abandon his final lap.

Verstappen headed into qualifying chasing his second pole position of the season after topping final practice in Monaco, setting up a close battle with Ferrari rival Charles Leclerc.

Leclerc took provisional pole by two-tenths of a second from Verstappen on the first Q3 runs, leaving the Dutchman second heading into the closing stages of the session.

Verstappen was up on his previous time through the first sector, only for a red flag caused by a crash for Leclerc at the exit of Swimming Pool to bring the session to an early end.

It sparked an angry reaction from Verstappen in his Red Bull cockpit, telling his engineer: “For f**k’s sake man, this would have been the f**cking lap.”

“I was 0.150s up before going into the tunnel, and I knew on the previous lap, I made a mistake in Turn 10, 11, where I lost more than a tenth,” Verstappen explained after the session.

“So I knew that pole position was on, especially on the second timed lap. I had a lot more grip on the tyres, even the last sector would normally have been an improvement.

"But that’s would haves, should haves, I don’t really care about that. The fact is that there was a red flag. That’s it, it’s what it is.” 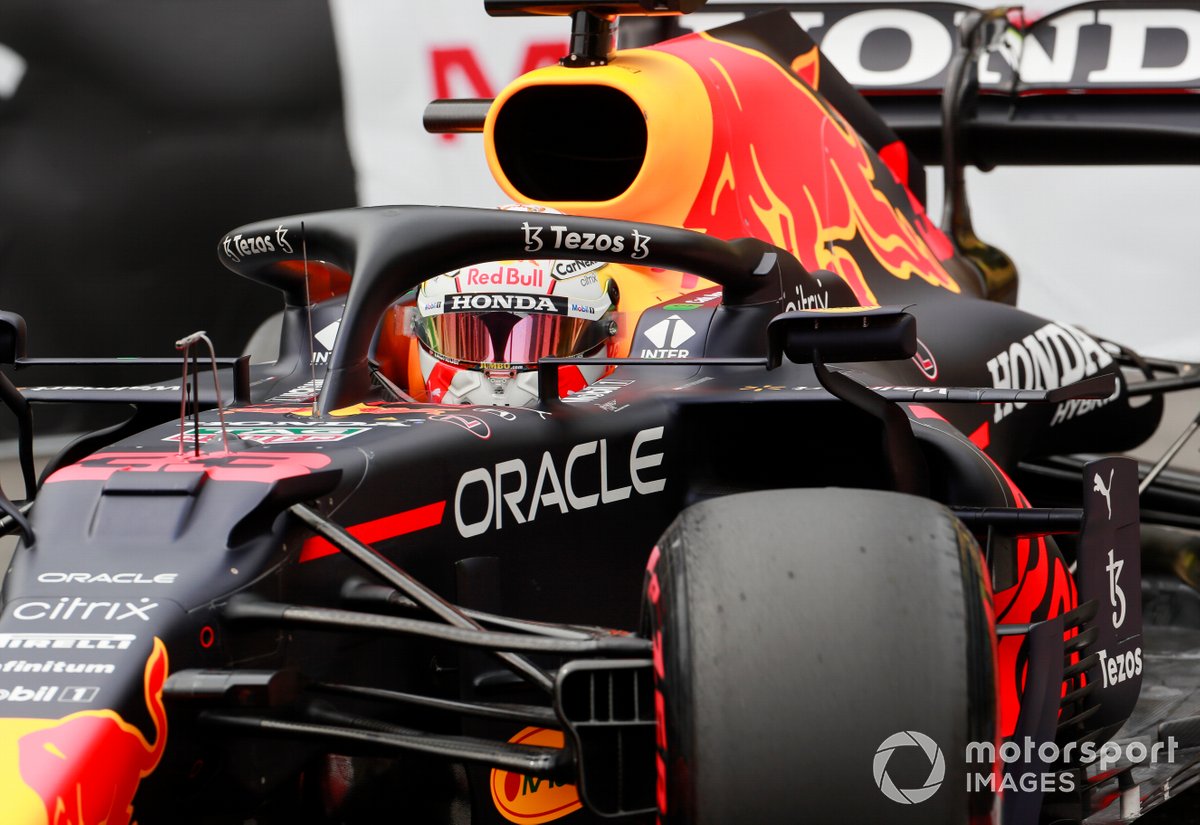 Verstappen could yet start the race from P1 on the grid amid fears for Leclerc and Ferrari that damage sustained in the crash will force a gearbox change, which would trigger a five-place grid penalty.

Verstappen had been left feeling uneasy about Red Bull’s chances after practice on Thursday, but was pleased by the turnaround ahead of qualifying.

“We had a really good recovery from Thursday when we were struggling a lot with balance,” Verstappen said.

“Today we were very competitive. It’s so narrow around here, and you just build up of course through practice to qualifying. I felt really comfortable in the car, from Q1, Q2, Q3.

“I knew pole position was on. It was going to be tight with Charles, who was driving really well. But yeah, nevertheless second, I can be quite happy with that.”

Verstappen is set for a golden chance to make inroads on Lewis Hamilton’s 14-point lead at the top of the drivers’ championship after the Mercedes driver could only qualify seventh.

“It’s always important to score a lot of points, but you need to be ahead of your main rivals as much as you can,” Verstappen said.

“So today was good, but we need to finish that off tomorrow.”