Lewis Hamilton feels victory in the Monaco Grand Prix is “out of reach” after a “disaster” in qualifying that saw him only secure seventh place on the grid.

Mercedes struggled to match Ferrari and Red Bull’s pace through much of practice in Monaco, and failed to feature in the fight for pole position.

Valtteri Bottas was able to secure third place in the initial Q3 runs, but Hamilton ailed to seventh, lapping three-quarters of a second off provisional pole-sitter Charles Leclerc’s lap time.

Hamilton was on his final Q3 push when he was forced to abandon the lap after Leclerc crashed at Swimming Pool, bringing out a red flag and ending qualifying early.

It means Hamilton will start the race from seventh on the grid at one of the hardest tracks to overtake around, leaving him downbeat about his chances.

“From where we are it's pretty much the case, when everyone's on the same speed.

“Saturday is the day so obviously that really does put for sure the win out of reach, but I guess the minimum will be hopefully seventh.

“Then we've got to try and somehow see how we can move forward.” 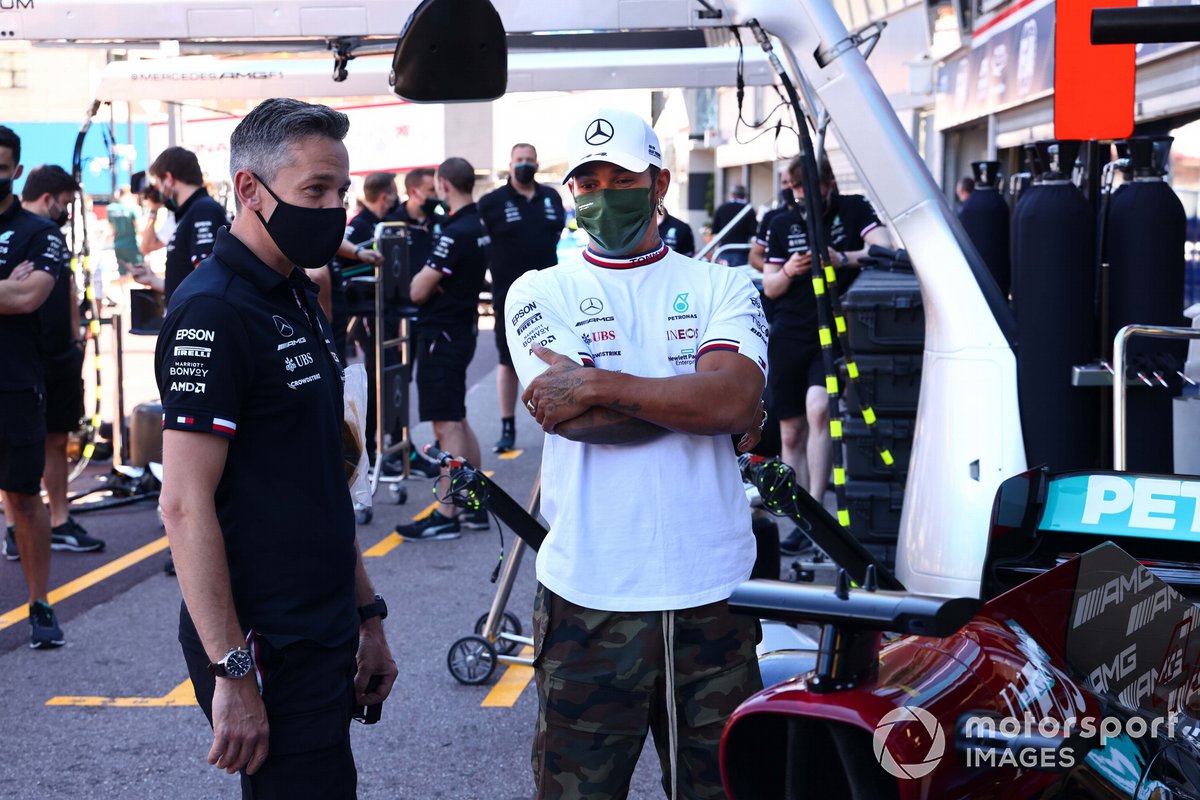 Tyre warm-up has been a weakness for Mercedes in the early part of the 2021 season, albeit more so for Bottas instead of Hamilton.

Hamilton said that the problem “didn’t feel too bad on Thursday”, only for changes to make it “pretty terrible” come qualifying.

“We’ll go back to the drawing board,” Hamilton said.

“I think from my point, I just had such a lack of grip which then leads you to try to kind of overdrive and start pushing to get more from it, but it just doesn't improve.

“So yeah, difficult one. Obviously, Valtteri was able to get something out of it. But I think we we've definitely had some problems today.”

Speaking to Dutch TV broadcaster Ziggo, Hamilton called it a “pretty disastrous weekend so far”, and said he doubted he would have improved his position without the red flag.

“No, that was a disaster for me,” he said. “I was going to come in anyway.

“Tomorrow afternoon, it's a long, long day. Not the most exciting, potentially, but I'm hoping to try and see if we can move forwards.”