Charles Leclerc fears damage sustained in a crash at the end of qualifying for the Monaco Grand Prix could result in a penalty that costs him pole position.

Leclerc took a shock pole for Ferrari on Saturday in unusual fashion when he crashed on his final Q3 lap after clipping the inside barrier at the exit of Swimming Pool, causing him to go straight into the wall.

It resulted in a red flag that meant no drivers could improve on their initial times set in Q3, meaning Leclerc's effort of 1m10.346s was good enough for pole ahead of Max Verstappen and Valtteri Bottas.

"It's a shame to finish in the wall, it doesn't feel the same," Leclerc said.

"But at the same time, I'm incredibly happy about my first timed lap. The first corner was quite tricky, I didn't do a great first corner, but then second and third sector, I nailed it, and just very, very happy to be on pole."

But the impact the rear of the car made with the barrier at the exit of the chicane raised concerns that Leclerc could be set for a penalty should his gearbox be damaged and require changing.

Asked if he was worried about the gearbox, Leclerc replied: "I am, but let's see."

Should Leclerc receive a five-place grid penalty for a gearbox change, it would promote Red Bull driver Verstappen to the front of the grid for Sunday's race, and drop Leclerc to sixth. 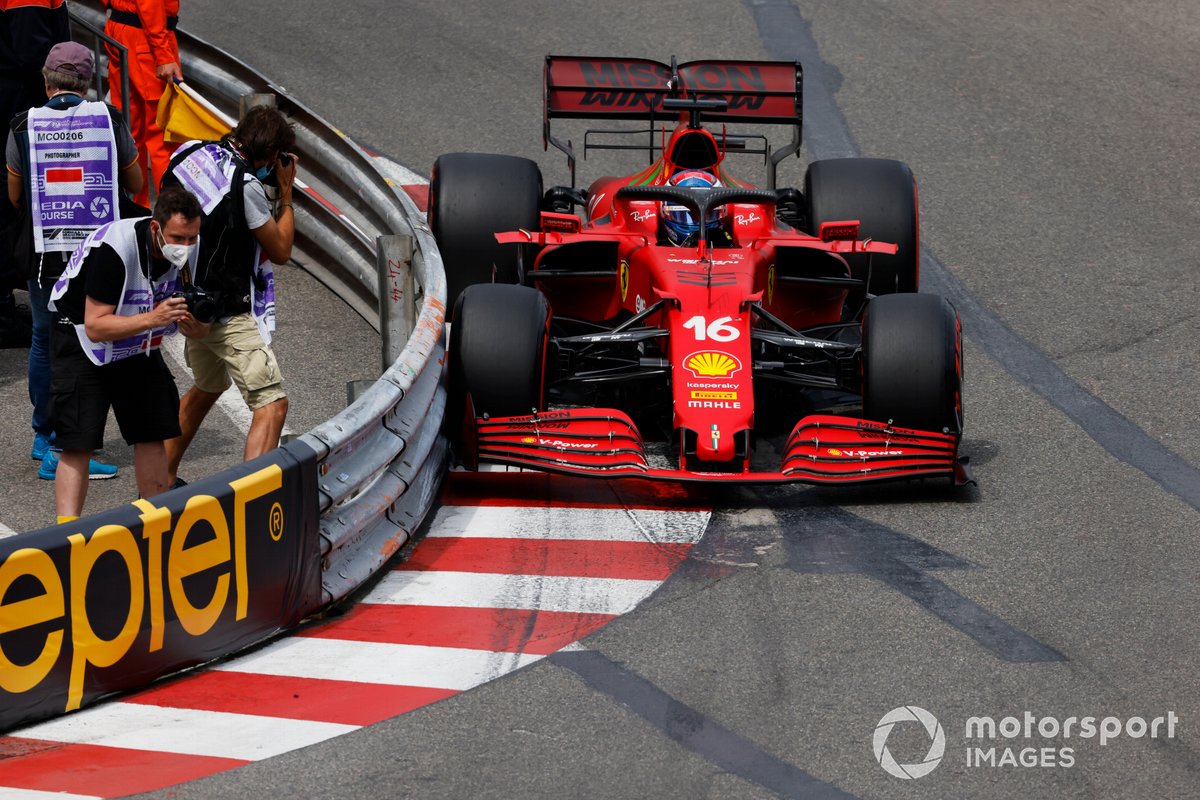 The result marked Leclerc's eighth pole position in F1, and his first since the 2019 Mexican Grand Prix, coming as a major achievement for Ferrari following its struggles last year.

Ferrari has spent the early part of the season battling in F1's midfield, but joined the fight with Mercedes and Red Bull in practice on Thursday in Monaco.

Leclerc finished fastest in Q2, and admitted that he found it "very, very tricky to manage myself mentally" after the session, realising Ferrari could be in a strong position.

"I could feel I was quite emotional in the car, but I told myself, it's Q3, now it's time to put everything together," Leclerc said.

"I managed to do so, so I'm incredibly happy. But it's tomorrow that we score points.

"But I have to say that it's a big surprise to be on pole and in fourth place for the race tomorrow."