Alfa Romeo boss Frederic Vasseur believes it would be a mistake to fast-track its rising Sauber junior talent Theo Pourchaire into Formula 1.

The 17-year-old has emerged as a future F1 star in the making after becoming the youngest ever FIA Formula 2 polesitter and race winner in Monaco during his rookie F2 campaign this year.

Pourchaire’s rapid rise through the junior categories has earned him a spot in the Sauber young driver academy, which has just re-added Juan Manuel Correa to its ranks following his incredible comeback from life threatening injuries sustained at Spa in 2019.

The ADAC Formula 4 champion in 2019, Pourchaire was runner-up in last year’s FIA Formula 3 Championship, missing out on the title by four points to Oscar Piastri, and is already an F2 race winner after six races this year.

Despite his recent success, the ART Grand Prix driver is realistic regarding his journey towards F1 and admits he still has a lot to learn before he is ready to make the leap.

While Vasseur has been impressed by Pourchaire’s progress and burgeoning talent, the Alfa Romeo boss believes it would be wrong to push the teenager into F1 “too early”.

Alfa Romeo’s driver line-up for 2022 is yet to be finalised with Kimi Raikkonen and Antonio Giovinazzi in the last year of their current contracts.

“We have a contract with Theo, but again I don’t want to be in a rush with Theo, we have to keep in mind that he is 17,” said Vasseur.

“If you compare with all the other talents coming into to F1 they are much older and I don’t want to make any comparison with Lewis (Hamilton), Nico (Rosberg) or Charles (Leclerc), they were much older and had bigger experience, and I think it will be a mistake to push him too early. 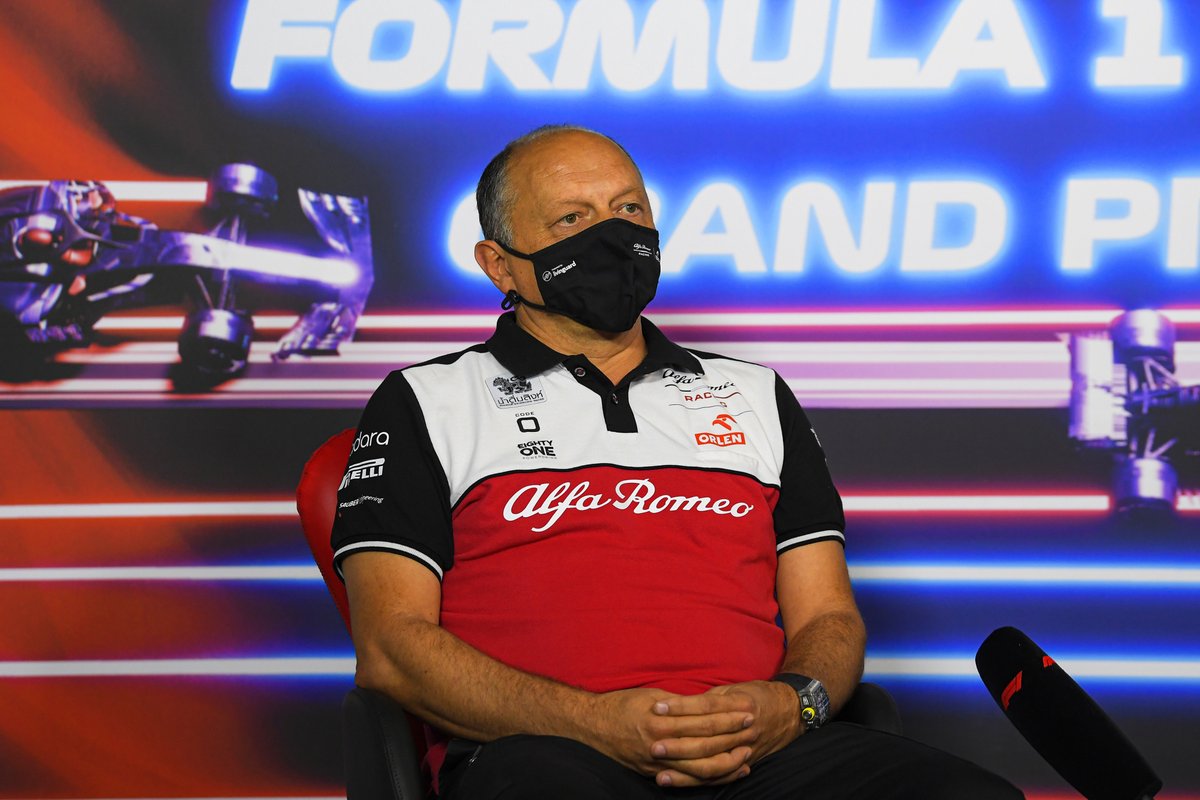 “For next year it is a bit too early as he has only done three races in F2 and if you remember in the past the guys were able to be champion or to have good results in the first year and in the last part of the season.

“He is more than young, he is 17 and still chasing a drivers licence and we have to let him have time to do the job. We are not in a rush but I think he is a very good one [driver].”

Pourchaire’s most recent F2 appearance ended with the Frenchman breaking his left arm following a clash with Dan Ticktum (Carlin) and Marcus Armstrong (DAMS) in the Baku feature race.

While revealing last week he was unsure if he will be fit to return to F2 action at Silverstone next month, Vasseur is reasonably confident his young recruit will be given the green light to race on the 16-18 July weekend.

“He had an issue on the arm but a small break. He looks okay and the doctor was very optimistic to let him go to Silverstone,” he added.