Theo Pourchaire became the youngest ever Formula 2 winner after a dominant performance from pole in the Monaco feature race.

The ART Grand Prix driver made the most of his pole position to produce a faultless lights-to-flag drive at his home F2 race - and the 17-year-old took the youngest ever winner record from now McLaren Formula 1 driver Lando Norris.

The final podium place went to UNI-Virtuosi’s Felipe Drugovich after an inspired call to start on the super soft tyres helped him leap from ninth to third.

Pourchaire made no mistake from pole but had to fend off a fast starting Shwartzman to hold the lead into St Devote with Piastri slotting into third.

It was a slightly messy start as a number of cars cut the first corner, while behind Jack Aitken failed to got off the line and rejoined the race a lap down after being pushed back to the pits.

All of the top 10 bar Drugovich opted to start the race held in overcast conditions on the soft tyres.

Drugovich, on the alternative strategy, was the first of the lead group to pit on lap 10 as the Brazilian came in to swap his super softs for softs.

As the race approached the halfway mark, Pourchaire began to open up a gap on the chasing Shwartzman as the top order remained unchanged.

Ticktum was the first of the top five runners to blink and was followed by Piastri, and then the lead two of Shwartzman and Pourchaire over a period of three laps.

However, it proved to be a disastrous stop for Shwartzman as his Monaco bad luck continued. The Prema pit crew were slow fitting the left rear, leaving the Russian to rejoin behind Piastri and Ticktum. 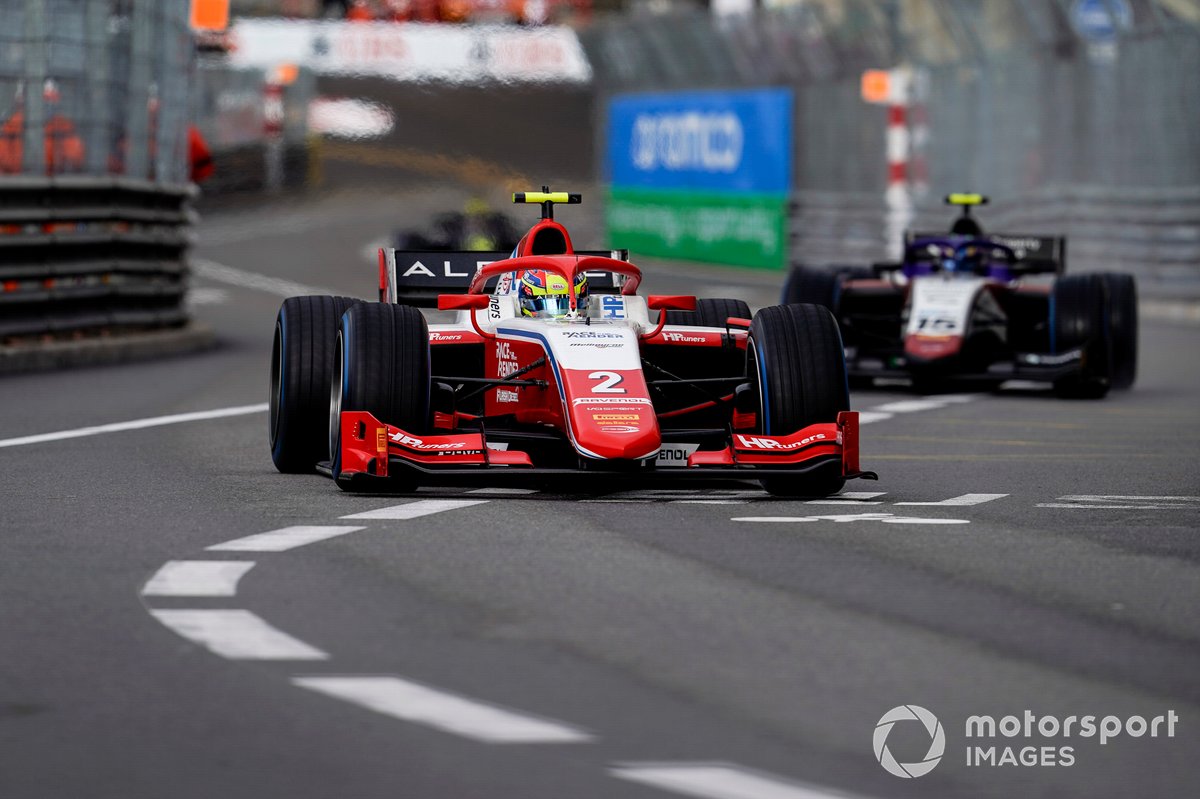 Pourchaire’s pit stop was clean allowing him to rejoin in second behind Guanyu Zhou who was yet to pit.

As all eyes were focusing on the pit stops, Marcus Armstrong appeared to be nudged into the Rascasse barriers by Vips forcing the New Zealander out of the race and the virtual safety car to be deployed.

The VSC was briefly lifted before Lirim Zendeli found the wall at Rascasse moments later necessitating another VSC period.

Racing briefly resumed before a third VSC stoppage when Ticktum ran out of road at the Rascasse while trying an outside pass on a compromised Piastri, who locked up at Turn 16. It resulted in putting Ticktum out of the race.

Zhou eventually took his mandatory pit stop on lap 36 which ultimately handed the lead back to Pourchaire, rejoining the race in fifth - also falling behind Piastri, Drugovich and Shwartzman.

Leader Pourchaire made light work of the final laps to score an impressive victory from Piastri and Drugovich.

Shwartzman was left to settle for fourth ahead of Zhou, who made the most of a long first stint, and Boschung.

After being stripped of victory in race two earlier today, Liam Lawson put in a strong drive to claim seventh.

The top 10 was completed by Vips, who finished ahead of Nissany and MP Motorsport’s Richard Verschoor despite being handed a five second penalty for a clash with Armstrong.

Jehan Daruvala was the only other retirement from the race after sustaining damage from contact with Gianluca Petecof at the Nouvelle chicane on lap 20, the latter was handed a 10 second penalty. The incident came after he had to pit early on for a new front wing and was then caught speeding in the pitlane, copping a five second penalty in the process.

Zhou leads the championship standings by 16 points from Piastri ahead of round 3 at Baku, Azerbaijan from 4-6 June.