Formula 2 title contender Theo Pourchaire is unsure if he will be fit for the next round at Silverstone in July after sustaining a broken left radius in Azerbaijan.

The ART Grand Prix driver was involved in a Turn 3 incident with Dan Ticktum (Carlin) and Marcus Armstrong (DAMS) during last Sunday’s feature race at the Baku street circuit.

The incident, which resulted in a safety car, eliminated Ferrari junior Armstrong for the second race in a row, while Pourchaire was also forced to retire several laps later.

Television cameras captured Pourchaire holding his wrist following the accident. The teenager was then transferred to The Central Hospital of Oil Workers for treatment directly after.

The 17-year-old Monaco pole-sitter and feature race winner has now confirmed that he had indeed broken his left radius and has since visited a special clinic in Monaco for further treatment.

However, the youngest ever F2 race winner appears to be facing race against time to be deemed fit to race at F2’s next round at Silverstone on16-18 July.

“Just wanted to tell you that I’m fine, yesterday as soon as the plane landed I went straight into a special clinic in Monaco. I have the left radius broken, it is really painful but it’s ok,” Pourchaire posted on Twitter. 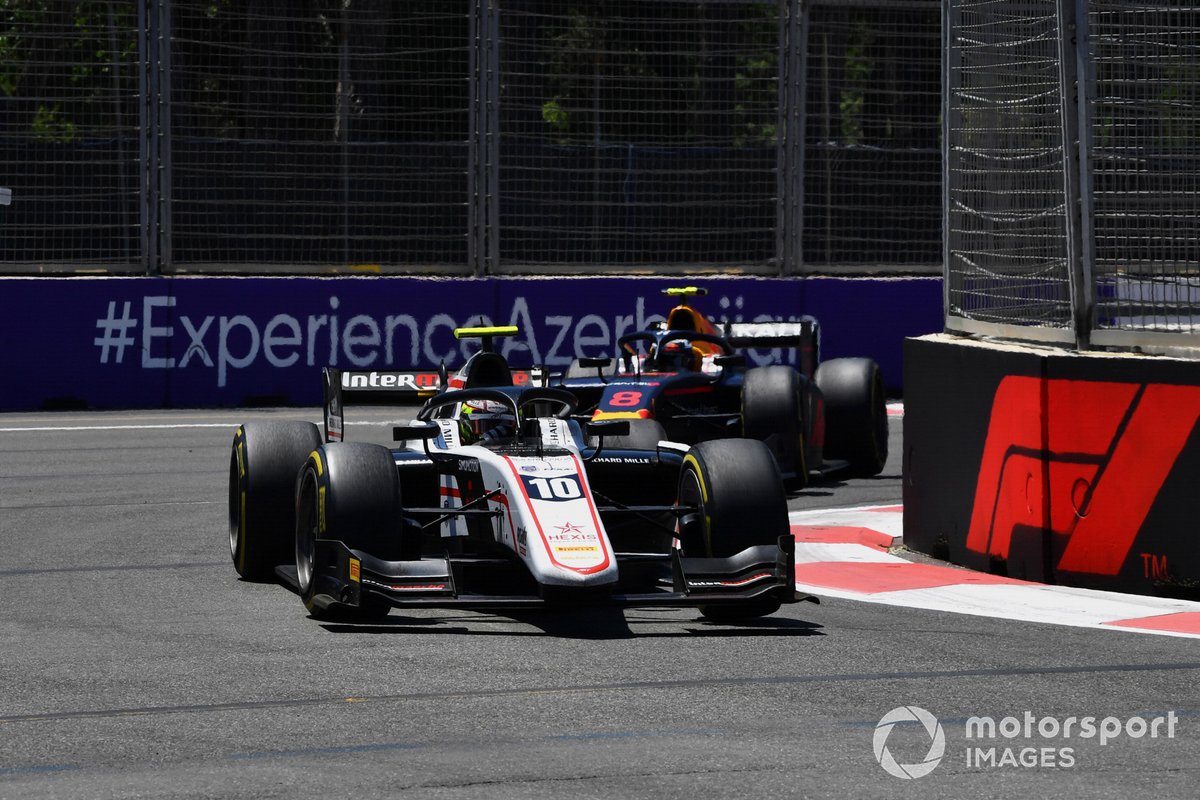 “I have my arm immobilised for four weeks from now, I will give everything to be back soon. I don’t know yet if I will be driving in Silverstone but I will work hard and pray to be ready.”

After failing to score points in the feature race due to the accident, Pourchaire sits sixth in the championship standings, 23 points adrift of leader Guanyu Zhou (UNI Virtuosi).

The Frenchman left Baku having scored a fifth in the opening sprint race after courtesy of a late pass on Armstrong in the final two laps.

He then missed out on points by finishing ninth in race two after damaging his front wing after contact with Campos Racing’s Ralph Boschung.

F2 returns to action at Silverstone in six weeks’ time before visits to Monza and Sochi complete the European leg of the championship.