Theo Pourchaire says he is not going to get carried away by becoming Formula 2’s youngest ever race winner, admitting he is “really far” from graduating to Formula 1.

The 17-year-old rewrote the record books this weekend in Monaco by becoming the youngest ever polesitter and race winner after dominant displays in qualifying and today’s feature race.

Although the achievement has arrived on the biggest stage at Monaco and in front of the F1 paddock, the teenager, who dreams of reaching F1, says he will maintain his focus on F2.

“To be honest, I try to stay focused on Formula 2 because I am really far from Formula 1,” said Pourchaire, a member of the Sauber Junior Team.

“I have the help of Sauber which is incredible and I know they are watching me when I’m having not good results and good results like today.

“My job is to just focus on Formula 2 to do a really good and I will try to be a title contender, maybe it is a bit too early to say that."

Pourchaire admitted in the post-race press conference that he was unaware he had claimed another record this weekend after his earlier pole position triumph.

The ART Grand Prix driver revealed that being the youngest ever race winner means a lot given how competitive the field is in F2. 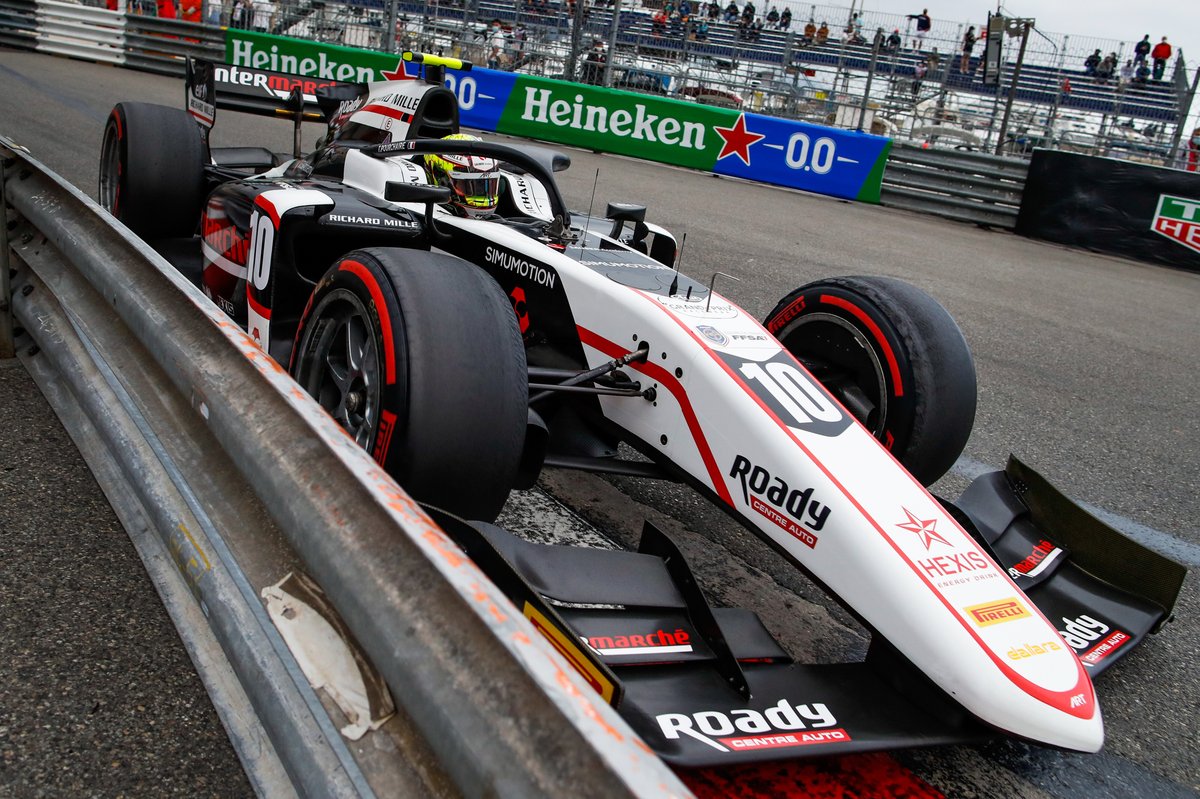 “It is a really competitive championship and I need to be perfect. I have to work really really hard to catch the others.

“In Bahrain [season opener] I was not fast to be honest I was not super fast and the weekend was difficult and I just wanted to bounce back and do a good race weekend and be back on the podium, and I have become the youngest ever pole winner and race winner. I can’t believe it.

“It [the podium] was amazing, the race was so stressful I was under pressure.

“Monaco is unique, you cannot make a mistake here so I was so concentrated. We did the perfect race, it feels incredible.

"I didn’t know I was the youngest ever winner, so it feels so good.”

Pourchaire has emerged as a genuine F2 title contender having climbed to third in the championship standings after scoring a seventh and fourth in the two sprint races on top of his feature race win.

UNI Virtuosi’s Guanyu Zhou leads the championship which heads to Baku for round 3 on June 4-6.