Ferrari believes the FIA may change back its pitlane line rules in the wake of the precedent set by its protest against Red Bull at Formula 1's Monaco Grand Prix.

The Italian outfit complained about drivers Max Verstappen and Sergio Perez crossing the pitlane exit line in Monaco, suggesting it was a breach of F1's regulations.

But following a stewards' investigation it was deemed that neither driver had done anything wrong.

Video evidence showed that Perez had actually not touched the line. And although Verstappen did have a wheel go over the line, his entire tyre had not gone beyond it.

That meant Verstappen had complied with the new wording of the FIA's International Sporting Code for this year which stated that a rules breach could only take place if a tyre crossed the line.

Speaking in Baku, Ferrari team principal Mattia Binotto said the Maranello squad remained unhappy with the FIA ruling – but suggested that his squad's protest had exposed a question over the wording of the 2022 rule change.

"I think there has been some inconsistency in decisions," said Binotto, when asked by Autosport about the Monaco protest verdict. "I think this one is one of the decisions which we are not happy.

"We made the protest, and I think we knew what would have been the outcome. But I think it was right for us to protest, just to show at least that we are not in agreement with the decision at the time. And still we believe it was not the right decision. 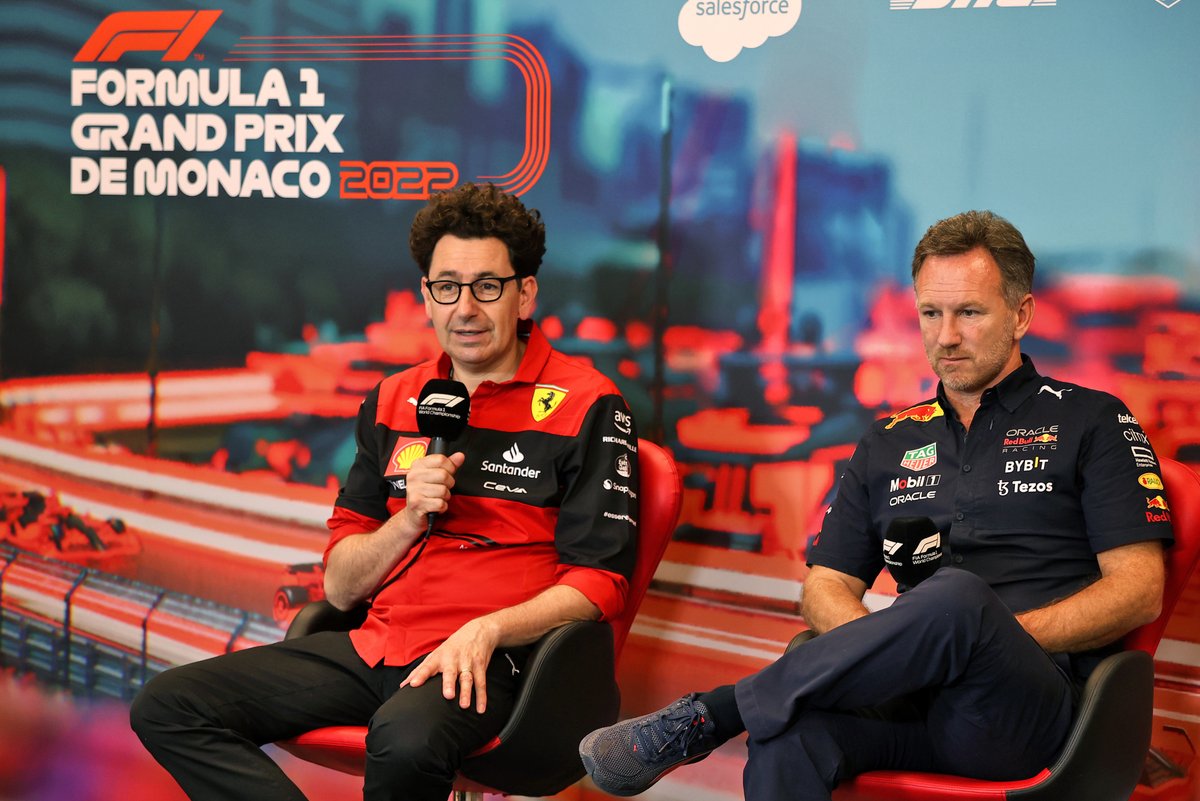 "I think they have already started discussing maybe we should change back their International Sporting Code to make it right.

"So overall, I think that type of, let me say, discussion and action shows that there was certainly an inconsistency in Monaco. Now that's the way they decided, we will accept and we are accepting as a matter of fact. We didn't make any appeal."

Binotto reiterated that Ferrari's protest against Red Bull was more about seeking clarification on the current rules than trying to hurt its rival.

He added: "It was nothing against Red Bull. Honestly, I think it's a fair fight between the two teams at the moment.

"We are happy to move on with the fair fight. It was more for us to show to the FIA that, at the moment, we are unhappy with the type of decisions they are taking, knowing that the outcome would have been negative."