The Japanese is stepping up after a single season in F2 in which he finished third in the standings as the best-placed rookie, with three victories including feature race wins at Spa and Sakhir.

Tsunoda's impressive campaign convinced Red Bull bosses that he would be a better long-term fit to partner Piere Gasly than Daniil Kvyat, the Russian losing his drive after the 2020 Abu Dhabi season finale.

Although he has had limited mileage in F1 machinery so far, despite an extra run at Imola this week in a 2019 car, Tsunoda says he is not thinking about taking things cautiously at the start.

Instead, he has vowed to push hard from the off in a bid to make an early impression - even if that means there is a risk of getting things wrong sometimes.

"This will be my rookie season and I will be pushing hard right from the beginning to adapt to the car as much as possible," Tsunoda said in an interview published by his Faenza team.

"However, I'm not afraid to make mistakes - I will of course try and limit them - but they are inevitable at the beginning. 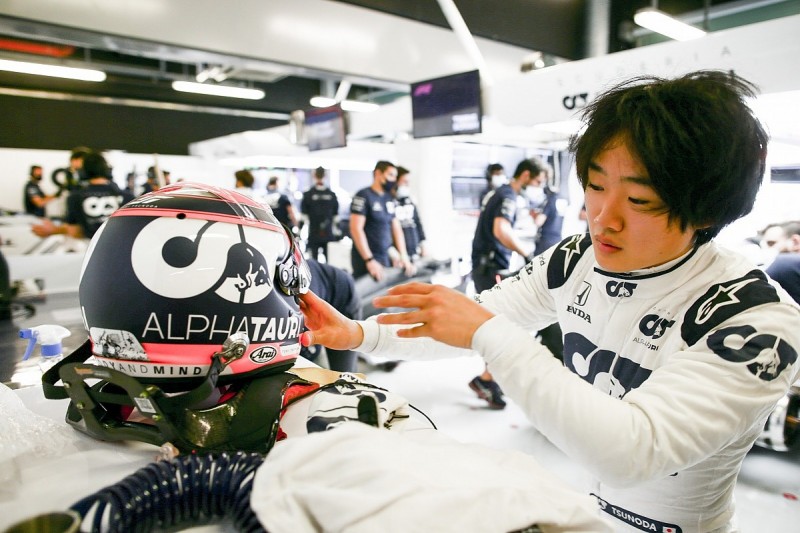 "I am confident I can learn from my mistakes though, as I proved last year in Formula 2. I am really happy to have the support of Japanese fans, and I'm proud to be the one to bring another Japanese driver on the grid, after Kamui Kobayashi in 2014.

"As for the pressure, I put it on myself, so nothing changes in that regard for me - I want to push myself to succeed."

Tsunoda has risen quickly through the ranks despite admitting that he was not hugely enthusiastic about motorsport until just a few years ago.

His first full season of car racing was in 2017 in Japanese F4, when he finished third overall before winning the title the following season.

After winning races in F3 and Euroformula Open in 2019, he moved up to F2 last year and finished just 15 points shy of eventual champion Mick Schumacher, who also steps up to F1 in 2021 with Haas.

Asked what advice he would give himself if he was starting his career again, he said: "I would say, to start putting all your energy into racing earlier than I did, without being distracted by other things.

"Until I was 16, I was not that excited about racing. I don't mean I didn't like it, but I didn't put as much effort in as I should have done."