Stefano Domenicali hopes Formula 1 can attract car manufacturers looking for a "fresh image", believing it to be one of the biggest challenges facing the automotive industry today

F1 currently has four manufacturers on the grid as V6 hybrid power unit suppliers - Mercedes, Ferrari, Renault and Honda - but will drop back to three in 2022 after Red Bull and AlphaTauri supplier Honda exits the series.

While F1 remains committed to hybrid technology, it is aiming to introduce a simpler, cheaper power unit upon the next change currently scheduled for 2026, but that could be brought forward for 2025.

F1 has been clear in its recent sustainability drive, outlining plans to be carbon neutral by 2030, and remains regularly engaged with manufacturers over what they require from the series in the future.

PLUS: The uncomfortable dilemma resulting from F1's constant expansion

Domenicali said that although F1 was "in discussions" with other manufacturers which are currently not active in the series, they currently "prefer to stay quiet".

But the recently-appointed president and CEO of F1 was encouraged by their interest in what value F1 could offer in the future, particularly from an image standpoint.

"The good news is that there are are people and companies, very important companies, that are really keen to understand what is the value that they can bring home using the F1 platform," Domenicali said in an interview with Sky Sports F1.

"But not only in terms of technology - also in terms of what the value Formula 1 can bring to the automotive manufacturer.

"I think one of the biggest challenges that automotive manufacturers have today is to feel younger. There is this kind of fight between the older school of OEMs and the new OEMs that are coming in the mobility side. 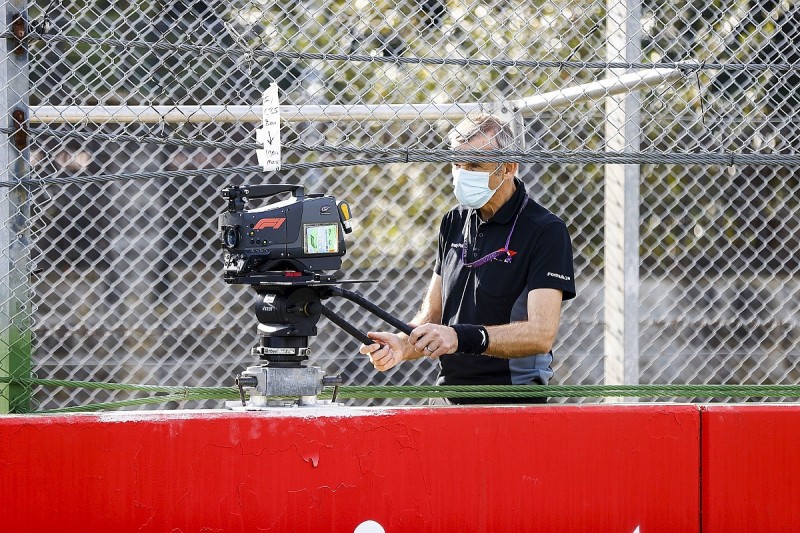 "We are for sure not part of the mobility side, in terms of what we want to achieve as a sport.

"But I think that the OEMs can use the [F1] platform for that fresh image that they maybe need for the future for them."

Domenicali stressed the importance of F1 staying engaged with new forms of media and platforms in order to keep a younger generation of fans interested in the future.

"Maybe in the beginning, the media that are showing [F1] on TV were a little bit reluctant on products like Netflix like we did in the last years," Domenicali said.

"But then at the end of the day, that was beneficial to both, because one was activating better on the other side. So I think we need to have this holistic approach to make sure we don't lose opportunities.

"The young generation are multi-connected. We need to offer a multi-programme to be quite spot on in terms of intensity. If we are boring in our offering, then people are switching off and changing not only the channel, but the subject.

"We're going to have dedicated meetings to prepare the right offering. We need to be sure that we don't lose any opportunity."