With the new technical regulations postponed until next year, a freeze has been placed on widespread car development between 2020 and 2021 to try and cut costs in the wake of the outbreak of COVID-19.

Each team has two development tokens to spend on updating part of its 2020 car design, with most expecting to carry over around 60% of last year's chassis.

The challenge most teams will face is trying to recover downforce for their 2021 cars after tweaks were made to the regulations to cut speeds, with the biggest changes coming on the floor design.

PLUS: The small change that will be F1 2021's big talking point

McLaren has been forced to spend its two tokens on integrating its new Mercedes power units following a change in supplier from last year, leading to suggestions it could be left on the back foot in the close midfield fight.

But AlphaTauri technical director Egginton said the fact that in-season aerodynamic development remained outside of the limitations meant the token system would not end up defining the pecking order.

"At the end of the day, aerodynamics are still not heavily controlled by tokens," Egginton told Autosport.

"You could elect to do a new nose, but a nose is not going to make or break your aerodynamic concept when nearly every other aspect apart from the rearward part of the floor of the regulations is the same. 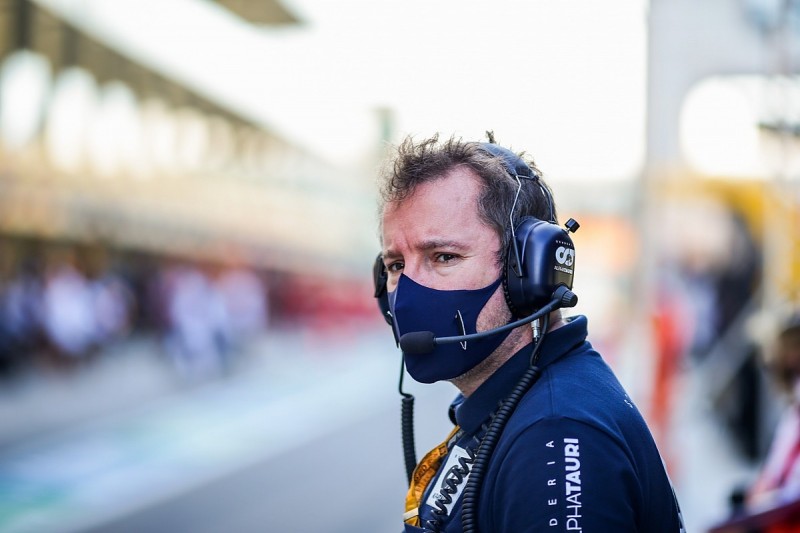 "You could fiddle with the chassis a bit. I guess everyone other than McLaren is keeping the same PU, so their tokens go into integrating all of that. They've got to get that power unit to fit. I'm sure there's compromise and reward in there for them, so what that will do for them in detail, I don't know.

AlphaTauri finished seventh in last year's constructors' championship despite scoring more points than ever before and picking up its first race win since 2008 at Monza.

The team regularly fought with McLaren, Racing Point, Renault and Ferrari in a congested midfield fight that Egginton anticipated would continue through 2021.

"I expect a very close midfield again, but I don't know the order," he said.

"I wasn't even prepared to tell anyone the order last winter, to be honest! We know our targets, we think if we achieve them, we'll be in the mix. The target is to get in the top five. If we can make the same step we made this year to last year, I think that's what we've got to do.

"But obviously with the regulation changes on the rearward floor to limit downforce, we've got a bit more work to do. It's not just more of the same, it's more of the same and a few changes to recover from.

"Unless someone makes a mistake, it should be tight. Hopefully it's not us making the mistake!"