AlphaTauri driver Yuki Tsunoda believes that the experience he gained with 18-inch wheels in Formula 2 could give him an advantage as Formula 1 adopts them this season.

It has ditched the previous 13-inch wheels for 18-inches, which it believes is much closer to what is relevant to road-going cars.

F2 made the switch to 18 inch wheels back in 2020, when Tsunoda had an impressive rookie campaign with Carlin to earn an F1 berth with AlphaTauri for last season.

As he heads into his second season in F1, the Japanese thinks that what he learned in 2020 could put him in good stead for the challenges ahead.

Having driven the F1 2022 car in the simulator, and taken part in last year's post-Abu Dhabi Grand Prix test, Tsunoda thinks that the experience of the new tyres is similar to what he faced in F2.

PLUS: Why F1’s first glimpses of its new era proved inconclusive

"The car generally feels a lot sharper, with sharper movement and over a long run, the bigger wheels give you a completely different feeling to that on the old 13-inch tyres," he explained.

"I've experienced this feeling before, because when I raced in Formula 2 we made the same switch to 18-inches and I felt the same difference there. It felt like a similar step.

"So I think I can use the experience I had in F2. But it's not just the tyres that change this year, the new car means there are lots of changes for 2022 to learn about and adapt to." 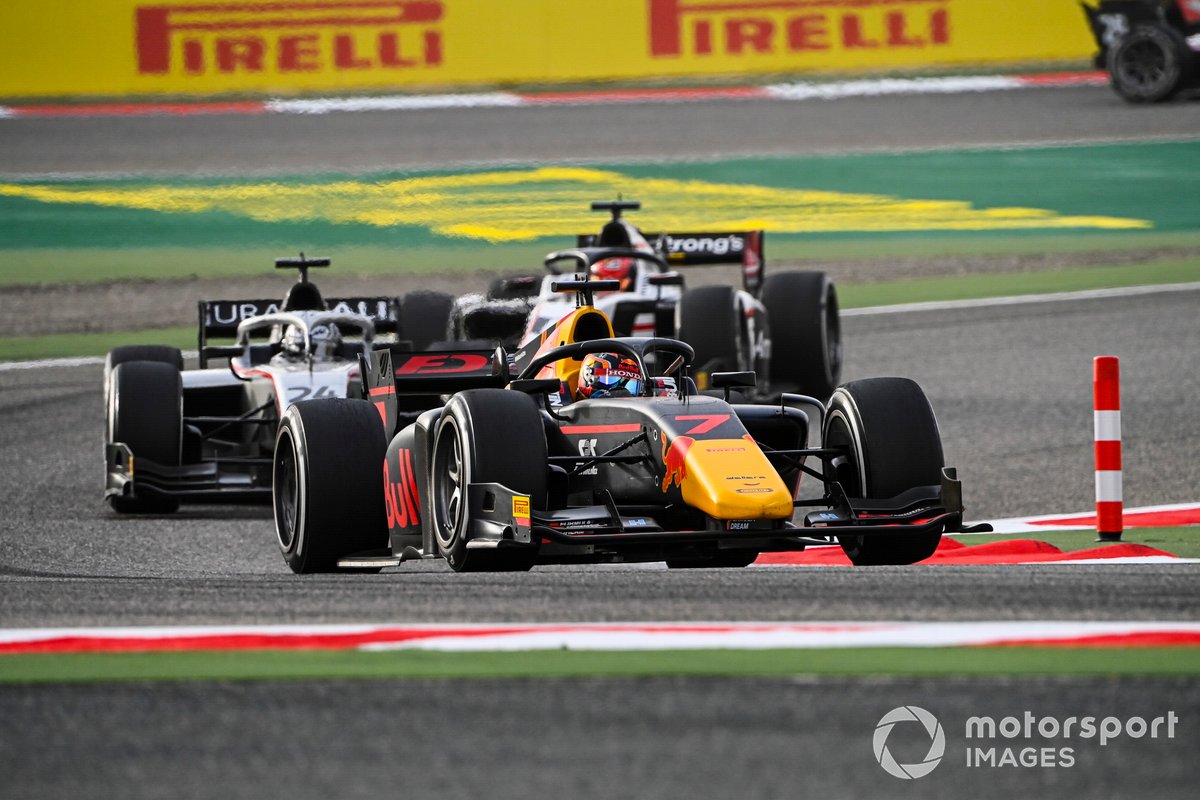 Tsunoda is coming off the back of a rollercoaster rookie season in F1, where an impressive debut at the Bahrain Grand Prix was followed by a run of incidents and crashes that shattered his confidence.

But having turned things around in the middle of the year, he ended the campaign with a career best fourth place in Abu Dhabi.

That result has made him optimistic about the season ahead, even though he thinks there will be even more pressure on him to perform.

"I'm really looking forward to racing again," he said. "I feel I have a much better understanding of what I have to do than I did a year ago.

PLUS: How Tsunoda plans to achieve his F1 potential

"I know how to prepare in order to perform well. I know what my weak points are, I have all of my experience from last year to build on and I have been working hard to be ready.

"Last year, if anything unexpected or unusual happened, I could not adapt quick enough to deal with the situation, which is why I struggled in a lot of races.

"I ended last year well, with a fourth place in Abu Dhabi, so I want to carry that momentum into this new season. I feel more pressure to perform now than I did last year, but it's a good pressure, which is motivation for me when I'm training."