Toro Rosso ran an underpowered and unreliable Renault F1 power unit last season before making a late switch to Ferrari power for 2016 - but the deal was for a year-old specification engine.

As Mercedes, Ferrari, Renault and Honda have developed their packages this season, last year's Ferrari has dropped to the bottom of the pecking order.

"I have done two seasons now with the least top speed of the whole grid and I must say it has made me stronger," said Sainz.

"[Compared to] the beginning of last year, I'm not the same driver at the races.

"I have learned how to manage many things in the race and I think my results lately prove it.

"I'm able to extract that tiny bit more that maybe I was not expecting to extract.

"This situation has made me a stronger driver and a more consistent driver in the races."

Sainz has scored points in six of the last eight races while new team-mate Daniil Kvyat has managed just two points scores in the same period.

The Spaniard says knowing Toro Rosso has a power disadvantage means he can't afford to make mistakes on track, because the chance to rectify it may not come given the straightline speed deficit. 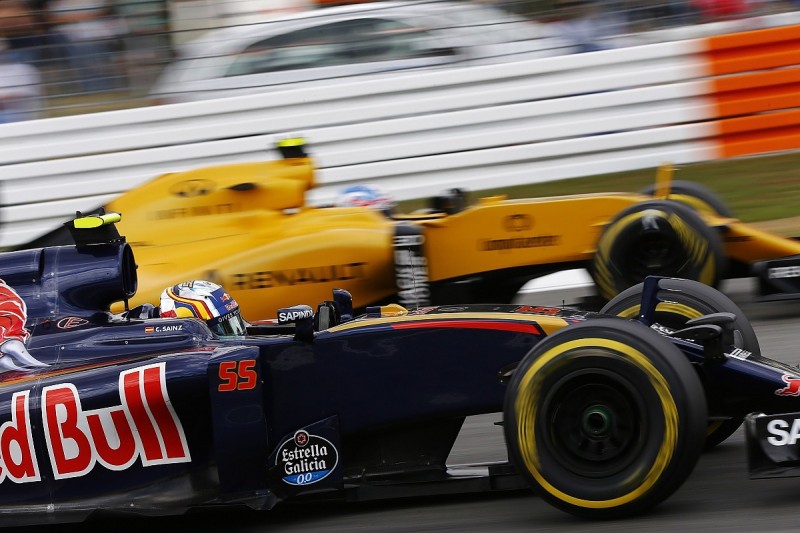 "You are allowed to do less mistakes and you have to make sure that when you do get the chance to overtake, you make it stick," he said.

"It can be the one and only chance in the whole race to overtake a Renault, when you do your stop and they are on old tyres - even if you don't have top speed, you have to make it work.

"It's these kinds of situations that I'm sure are making me stronger and more experienced and helping me go forward."

Technical director James Key has noticed Sainz develop in confidence and experience, which he believes is having a direct impact on the race weekend programme.

"We can use Fridays a bit more with the confidence he has to experiment and it won't throw him off onto a tangent," Key told Autosport.

"He is using Fridays to very good effect.

"Come qualifying and the race, he knows what to do and he does it.

"We have seen more consistency from him and as a result, performance."