Like sister team Red Bull with Renault, Toro Rosso's power deficit has encouraged it to do all it can with wing settings to help performance on the straights.

While it did not go as aggressive as Red Bull with the level of downforce it ran at Monza, Toro Rosso again opted for a unique DRS design element that has played a key part in helping keep it in the fight this year.

The DRS pod actuator (arrowed) is different to other teams' in that it features a bespoke arch underneath it.

The aim of the Toro Rosso design is to ensure that when the DRS is activated and the wing flap pops up, it cannot go beyond a certain level. 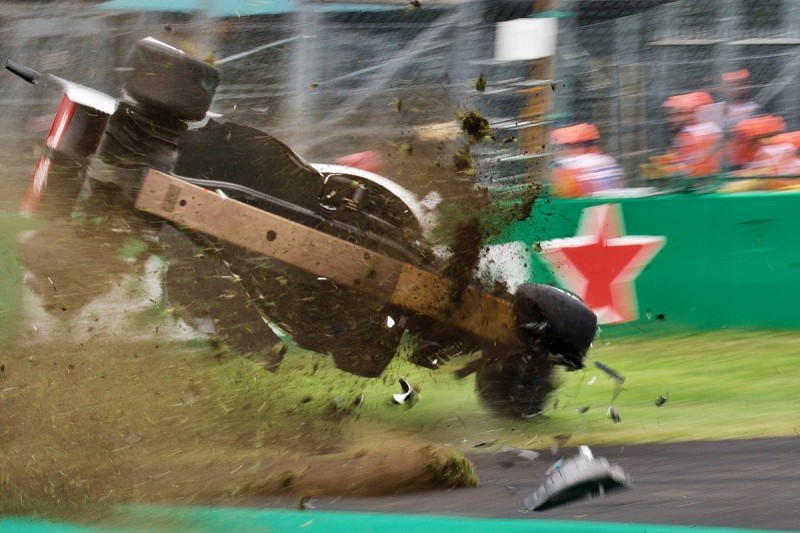 One of the risks, as Sauber found out with Marcus Ericsson's crash last Friday, is that if the raised wing flap goes above a certain point it can actually start generating lift and so will not close when the drivers wants to deactivate it.

Toro Rosso's design means that the team can be more confident that the wing will stay exactly at the point it wants - so it means it can be more aggressive in the level it is happy to take it to because it knows there is very little risk of a problem.

The wing also featured three of the open-end style louvres in the endplate that the team pioneered back in 2016 and have subsequently been copied by the entire grid at some point.

It is not just in the wings that Toro Rosso has done some interesting things.

The area ahead of the rear tyre has become an area of intense development for the entire grid over the last few years, with a plethora of slots, holes, flaps, strakes and various surface geometries used to manipulate the airflow before it arrives at the tyre, altering its effect on the diffuser alongside.

More recently Toro Rosso's floor edge has been extruded upward and features a tail section that abruptly influences the airflow, altering the airflow's circulation around the tyre. 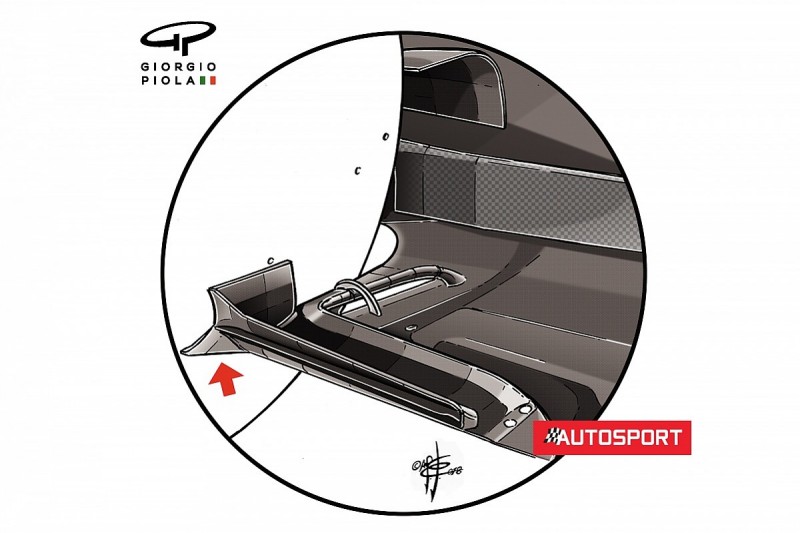