Kvyat went off track at Turn 1 on lap one and rejoined right in front of Sainz, who then spun.

Sainz argued that the spin was due to him having to turn sharp left to avoid a crash.

"I would have probably done the same," said Sainz. "I would have come back on track without caring too much because it's the start of the race.

"But it was either turning the wheel and spin or take both cars out due to the speed difference we had and everything.

"A shame, but it's one of those things that can happen at the start that you have to sometimes sacrifice."

Kvyat believed that Sainz's spin had nothing to do with him rejoining the track.

"I saw something in the mirrors, but yeah, I guess there is not anything to do with me or anything. Cold tyres maybe," he said. 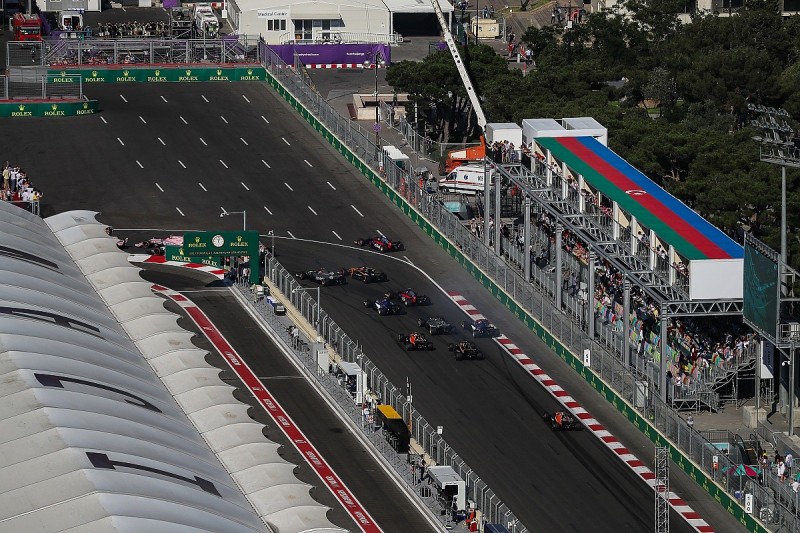 Sainz said that the spin was not down to tyres, but instead because of how sharply he turned the wheel.

"No, the tyres were up to temperature," he said. It was just I was a bit surprised when he came back and I had to do a very harsh input on the steering to avoid him and this threw me into a spin.

"It's a racing incident for me. When you are the car behind you have do decide in milliseconds to either keep it flat and maybe have a contact with your team-mate or turn the wheel and force yourself into a spin."

While Kvyat retired later in the race, Sainz recovered to finish in eighth position and he admitted he was not expecting to score points after his spin.

"No, definitely not, specially with the not so very good pace that we've had all weekend, and I thought it would be tricky to come back but I actually started feeling pretty well with the car.

"We managed to overtake some people and suddenly we were P8."