While Sainz was involved in confusion over his 2018 plans with Red Bull during the Austrian Grand Prix weekend following comments he made in a press conference about being unlikely to stay at Toro Rosso, once that was resolved he was then rumoured to be making a mid-season switch to Renault.

That was strongly denied by Renault, which felt compelled to reassure Jolyon Palmer on the morning of the British GP that his seat was safe, and Tost called it "unserious speculation".

"I don't know where this rumour is coming [from] that he was [going to be] driving in Budapest for I don't know which team," said Tost.

"This is Formula 1, you see people sitting around, it's boring for them, and then they come up with some stories or some dreams or whatever.

"Then they talk with one another and then it starts going around.

"The fact is that Carlos is driving with us, he has a Red Bull contract and regarding the future is a decision Red Bull will take because they have the contract." 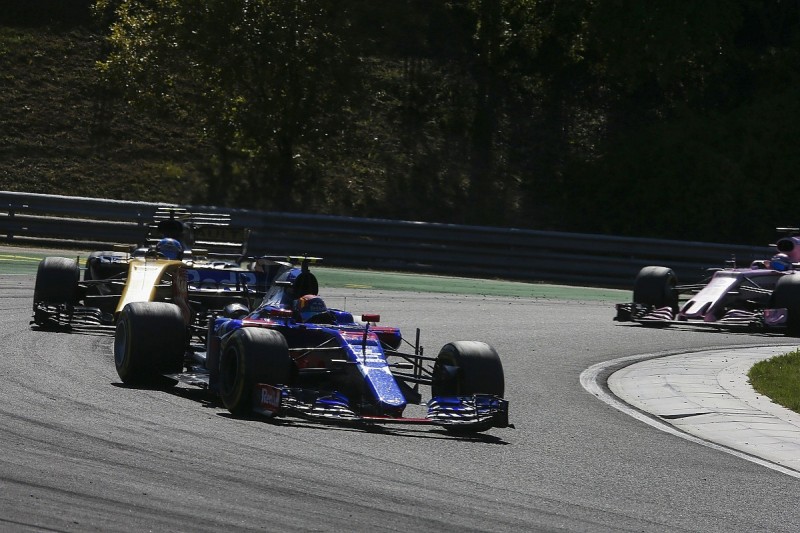 Sainz has made clear that he learned from the uncomfortable situation that resulted from his comments in Austria, and Tost expects him to let his driving do the talking from now on.

"I'm convinced he has learned from this and convinced that he knows what is the basis [for progressing his career]," he said.

"The most important part, which I always say to the driver, is show the best performance with the current package you have - the rest will come by itself and this is wherever you are.

"With Toro Rosso you can always be in the points."