Red Bull has been in touch with Mercedes, Ferrari and Honda regarding a power unit supply for next season after requesting to terminate its deal with Renault a year early.

However, Mercedes chose not to do so, talks with Ferrari proved to be fruitless while Honda was considering it, faced a veto from McLaren chief Ron Dennis, and has now decided time has run out.

Red Bull resumed talks with Renault after realising its options were dwindling and it is understood to be edging closer to continuing the partnership.

"Always we've concentrated on McLaren-Honda as the works team and there is no change."

It is nearly a year since the renewed McLaren-Honda partnership made its track debut in the 2014 post Abu Dhabi Grand Prix test (pictured).

Poor performance and reliability - Fernando Alonso is on his 12th engine of the season - has hampered progress ever since.

But Arai remains confident Honda knows where it needs to improve and said Abu Dhabi will be a good test to see how much ground has been gained over 12 months.

"We are still far away from the top or middle teams but we want to confirm how much progress has been made over that year," said Arai.

"So we will improve the weak points and catch up with the other teams.

"Maybe after that we get stronger and more more competitive.

"The concept is already one we have shared, discussed and confirmed." 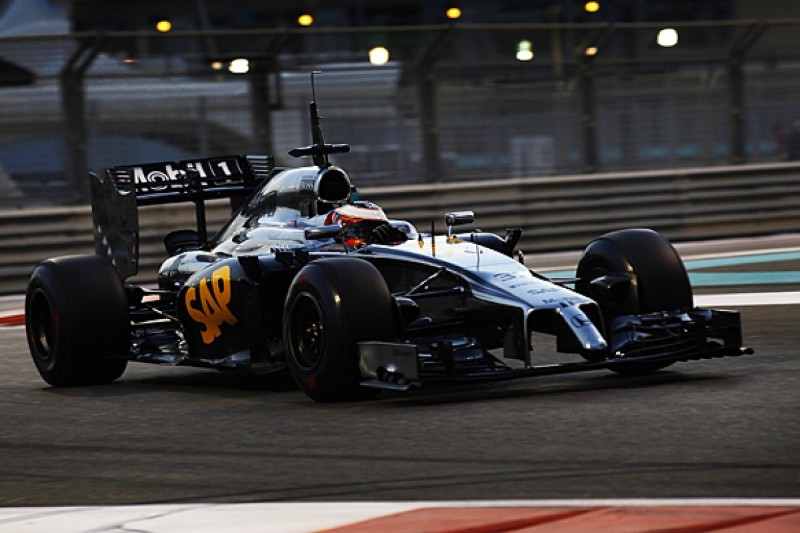