The standout design elements from the new AlphaTauri F1 2022 car

Two real 2022 Formula 1 cars have been revealed so far, the McLaren and Aston Martin offering up a different flavour in terms of design.

And while AlphaTauri elected to go down the Haas route and only reveal some digital renders, what we can see already points to the AT03 having some design individuality thanks to several distinctive design elements.

First up, the nose and front wing interact in a very different way to the AMR22 and MCL36.

On the AlphaTauri, the nose extends forwards over the front wing assembly, connecting it to all four elements, and the body extends down below the front wing line.

The overall design of the front wing itself doesn't show too many of the details you'd expect to see based on the other releases we've seen so far, meaning we can expect to see something a little different when the car hits the track in testing. 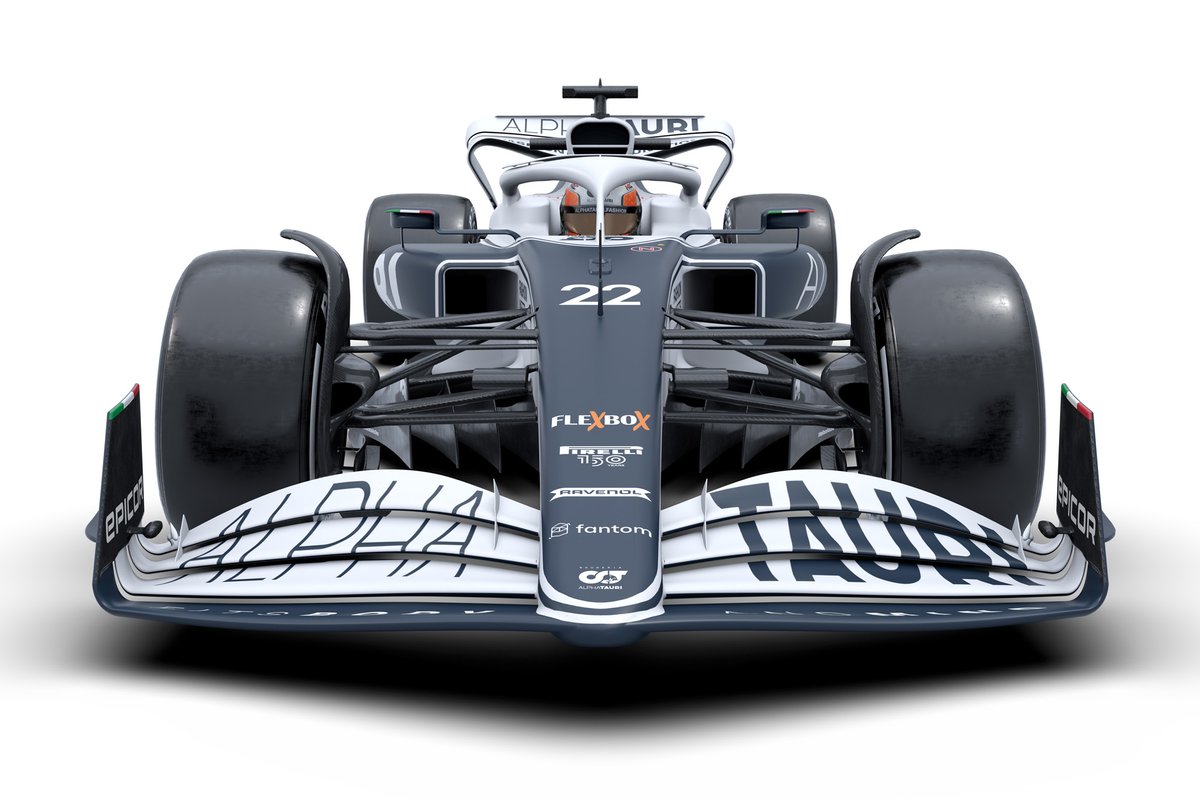 One of the key design battlegrounds this season is the sidepods, with the overall design of the AT03 sharing some commonality with the Aston Martin.

Both have the box-shaped inlet that feeds rearwards into a high-waisted section, which envelops the more reclined radiators, intercoolers and electronics within. This results in a large undercut that will allow passage for the airflow beneath and around the sidepod, in much the same way as the AMR22. 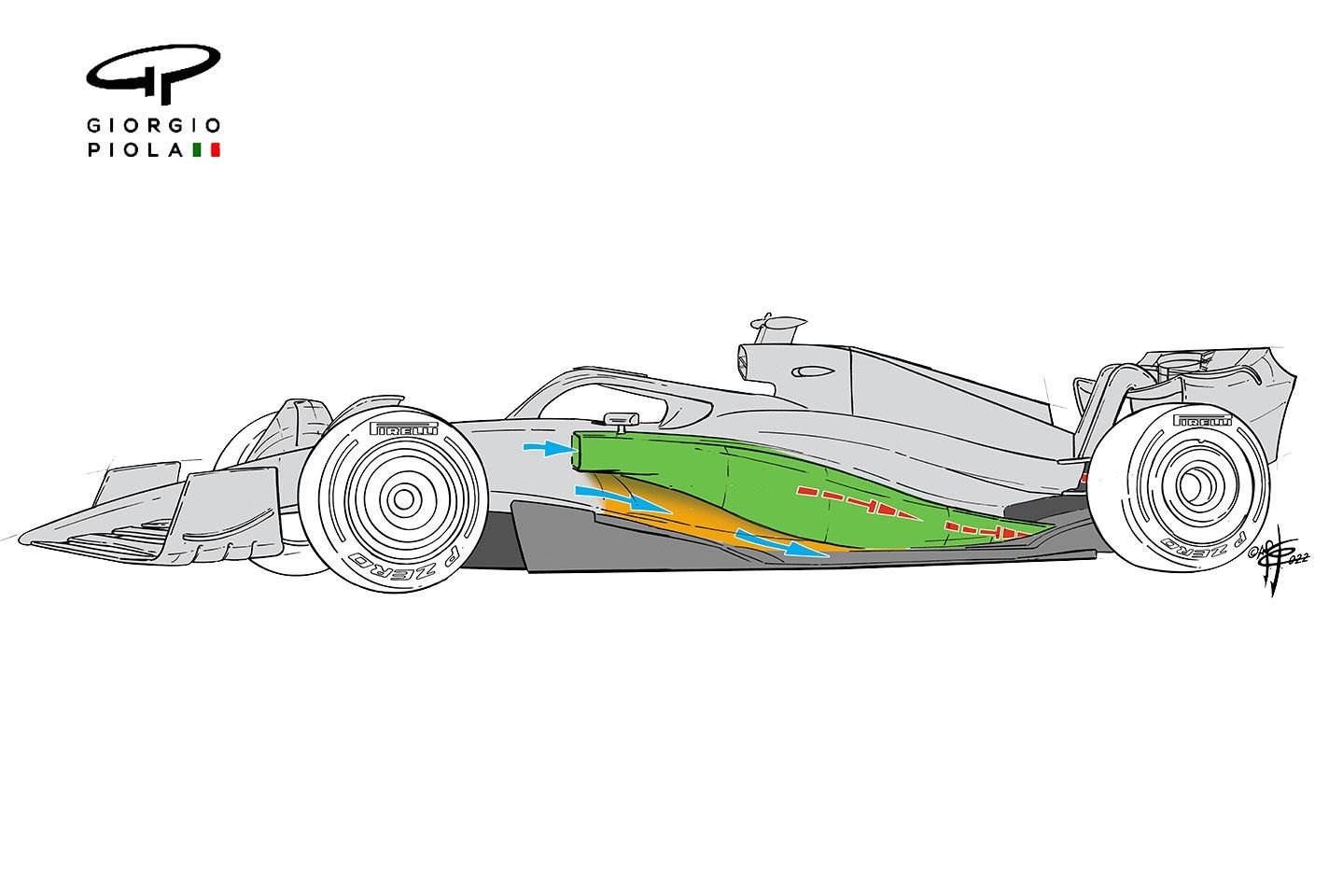 However, where the Aston Martin's design takes advantage of the cooling gills on top of the sidepod that have been reintroduced this year, AlphaTauri has rejected this idea and the AT03's sidepods taper downwards towards the floor instead.

This will downwash the airflow into the coke bottle region, with the main cooling outlet being positioned above to help frame the airflow's direction and reject the heat created by the car's internals over the double element beam wing.

The use of this higher cooling outlet is partly due to the way the team packages more of the power unit's radiators and coolers on the car's centreline, with the team having used a saddle-style cooler arrangement for a number of years now and as seen below on the AT02. 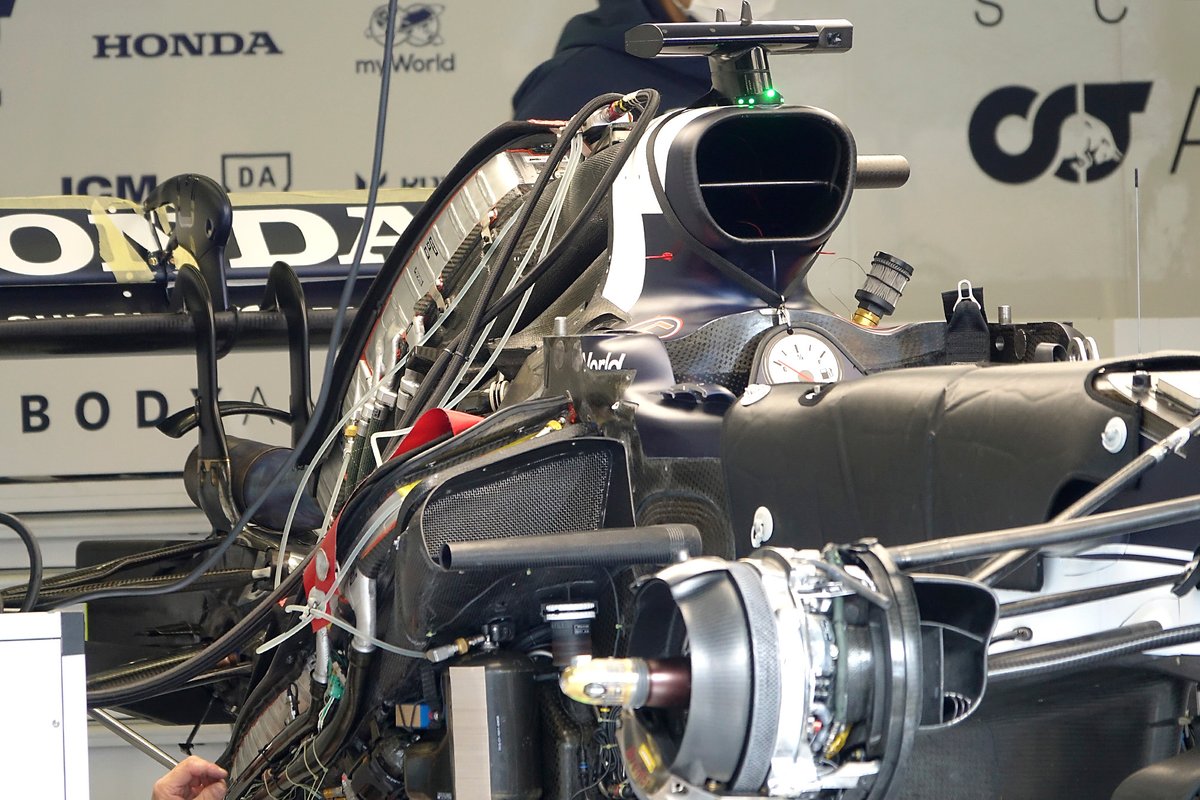 The outer perimeter of the AT03's floor is also positioned lower as a result of the sidepod's shape.

It is also sandwiched between the two higher sections of the tunnel entrance and the diffuser. It's also interesting that the section of the floor ahead of the rear tyre stops much shorter than we've become accustomed to.

From the rear, we can see how all of these features work against the backdrop of the large diffuser exit.

This notably still has the vortex generator on the boat tail kickline that we've had in recent years, plus the double element beam wing, which is shaped cleverly to create more chord in the central section than the outboard section. 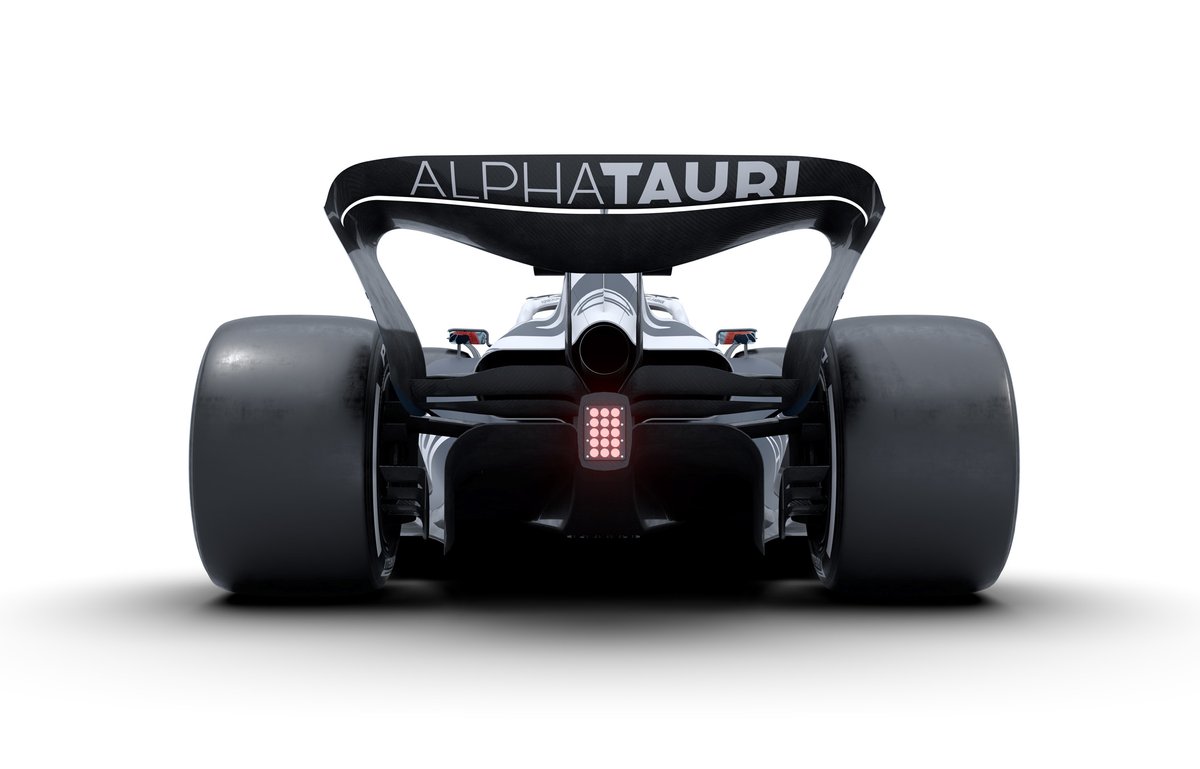