Main Photos Illustrations
Previous / Alfa Romeo: F1 points will be harder to score for Williams after break Next / How Ferrari has brought the best from F1’s smooth operator
Formula 1 News

McLaren has shown no signs of easing off in the development push of its 2021 Formula 1 car, with the latest upgrades coming at the Hungarian Grand Prix.

And, with rival teams all pretty much having switched off their work on current cars to focus on 2022, McLaren is still eyeing further updates after the summer break.

But the likelihood is that what appeared at the Hungaroring was probably the last 'major' upgrade for the team this season, with smaller tweaks to be made in the future to help find small pockets of performance without having a major impact on their development of next year's car.

McLaren arrived at the Hungaroring with a revised bargeboard package that concentrated on the boomerang and downwash wings, with both reorganised to help redefine their flow characteristics.

As part of this reorganisation the boomerang (red arrow) has been moved much further forward, taking up the position of the front downwash winglet (blue arrow). 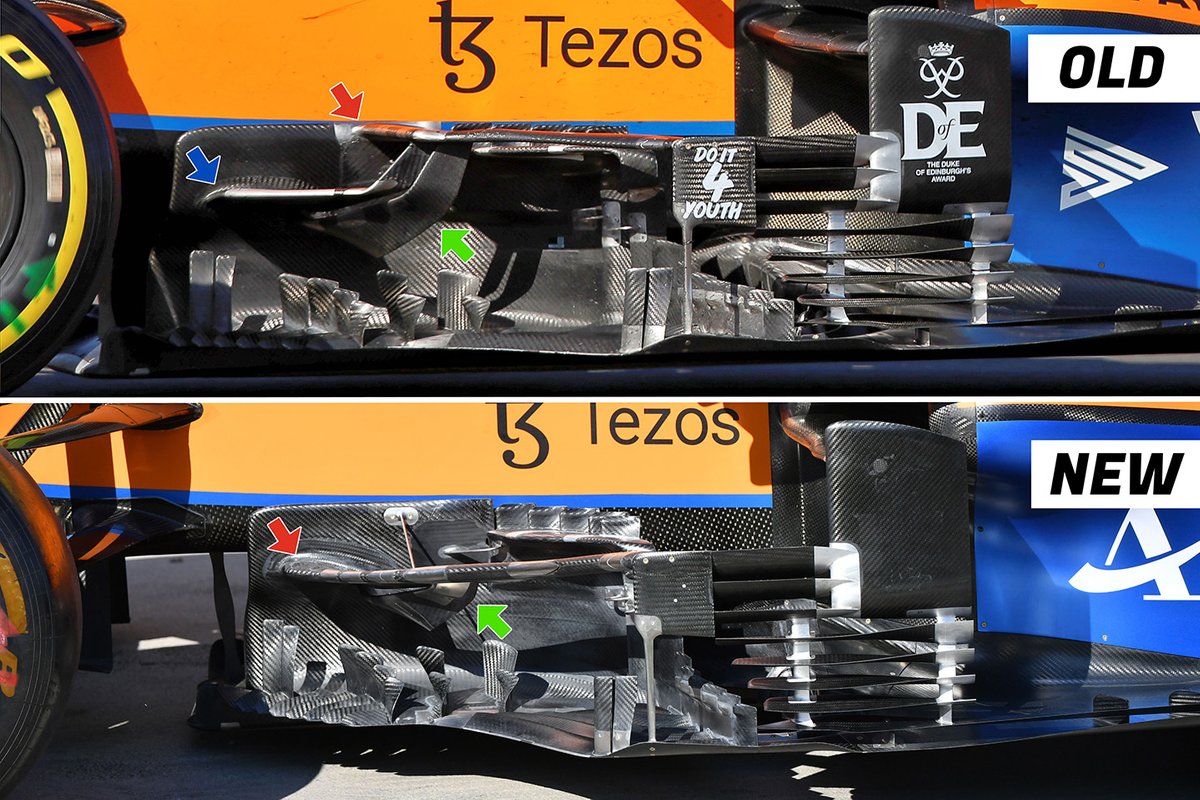 This has effectively resulted in the convergence of the two elements with a thicker profile preferred, while the rearmost downwash winglet (green arrow) has been altered as a consequence. The obviously has to be much shorter to link up with the boomerang.

The repositioning of the boomerang exposes the feather-like top edge of the main vertical bargeboard element to a different flow regime too, and could help unlock their potential or be an area where the team looks to make further optimisations as a result.

It's also interesting to see the amount of metalwork that McLaren is including in its structures this season too, as the team hopes to prevent the various elements within the bargeboard cluster from fatiguing and flexing too much as this would ultimately result in a loss of performance. 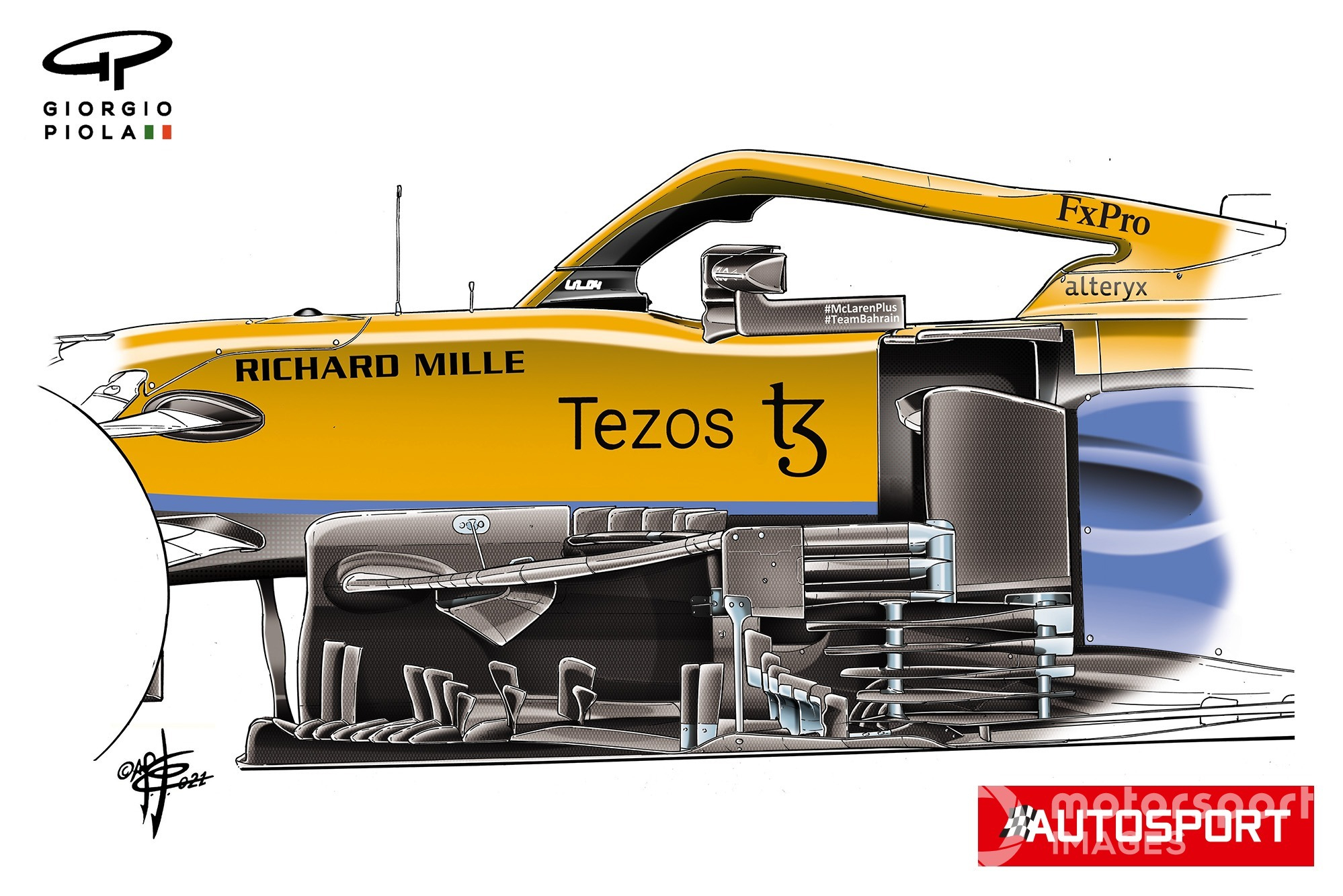 McLaren also looked at what solution would work best for it when it came to cooling at the Hungaroring, as the high track temperatures and the lower speed corners always lead to a compromise between engine and aerodynamic performance.

It set about evaluating this from the outset with both drivers back-to-back testing the largest rear cooling outlet it has on hand with the one introduced a few races ago that has been developed in line with this year's power unit parameters.

The team adopted the latter for qualifying and the race but did have to give up some aerodynamic efficiency as it installed the louvered cooling panels beside the cockpit on either side of both cars. 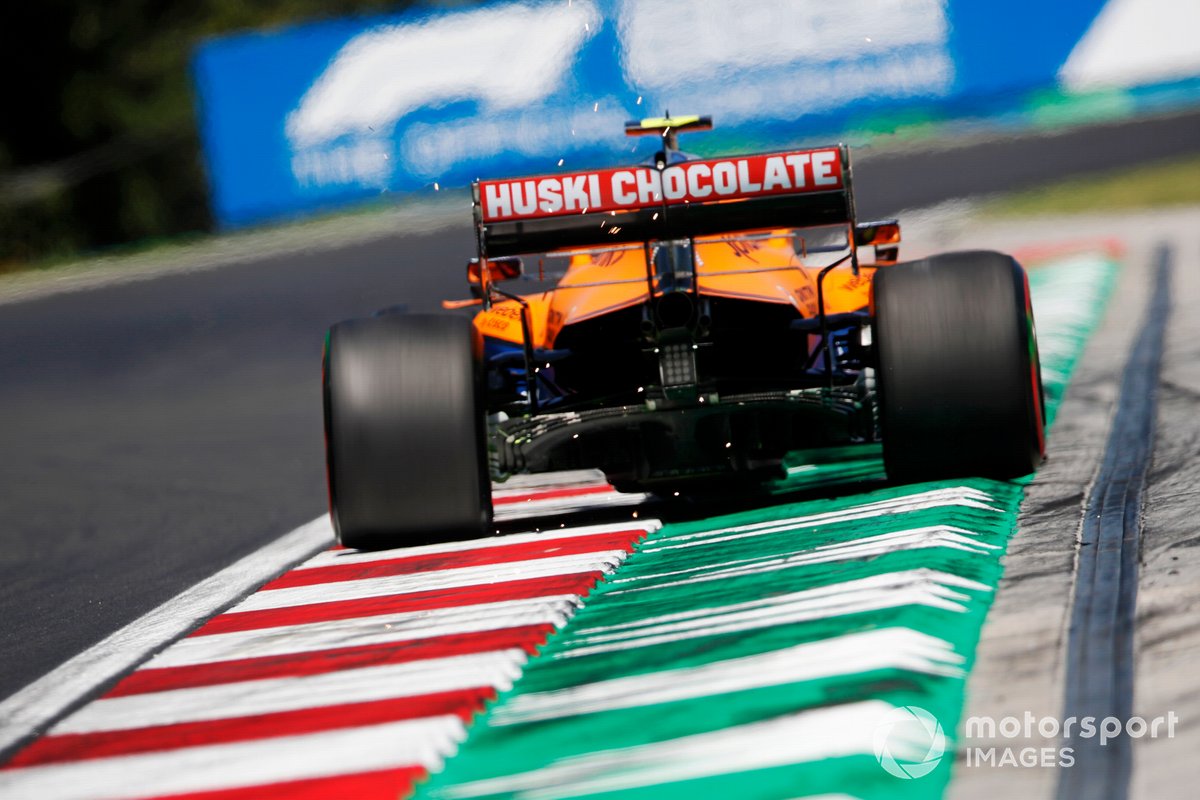 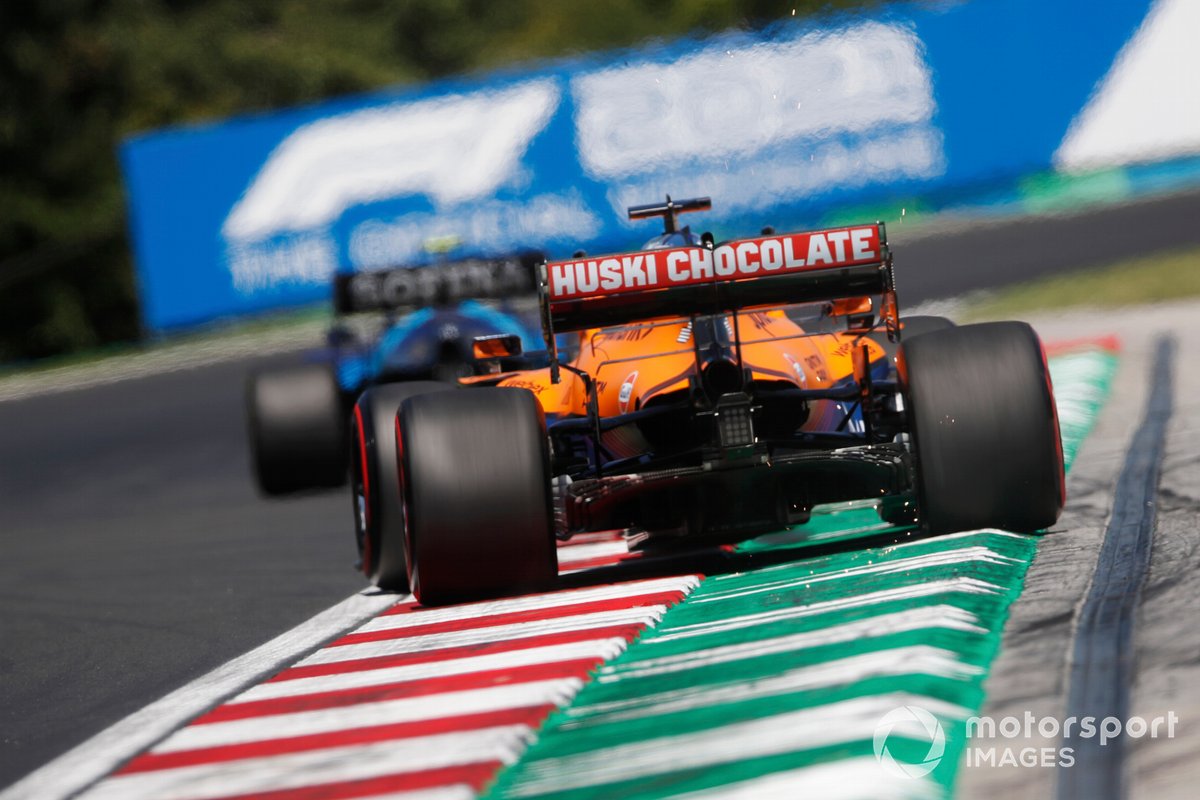