Pat Symonds plans to continue as Formula 1’s chief technical officer for “a good while” after delaying his planned retirement in 2022.

Symonds has been working with F1 to help shape its technical regulations and improve on-track racing since 2017, playing a significant role in the new car designs that debuted last year.

At the end of 2021, it emerged that Symonds and F1 technical boss Ross Brawn were both set to leave their roles at the end of the 2022 season once the new technical regulations had completed their first year.

While Brawn stepped away from F1 and retired from motorsport, Symonds has remained with the organisation after opting to postpone his planned retirement.

“I had a plan to retire last summer,” said Symonds in a talk at Autosport International's business forum on Friday.

“I actually handed in my year’s notice. You have to think about these things.

“My notice was accepted, and then Stefano [Domenicali, F1 CEO and president] got to hear about it, and he was like, no, I don’t think it’s a good idea!

“So I’m still here, still doing it, and I still will be for a good while yet.”

It means Symonds will be the most senior figure from the F1 organisation working on the next revision of the technical regulations, which are due to arrive in 2026. The organisation works alongside the FIA’s technical team, led by head of single-seaters Nikolas Tombazis, to put together the regulations. 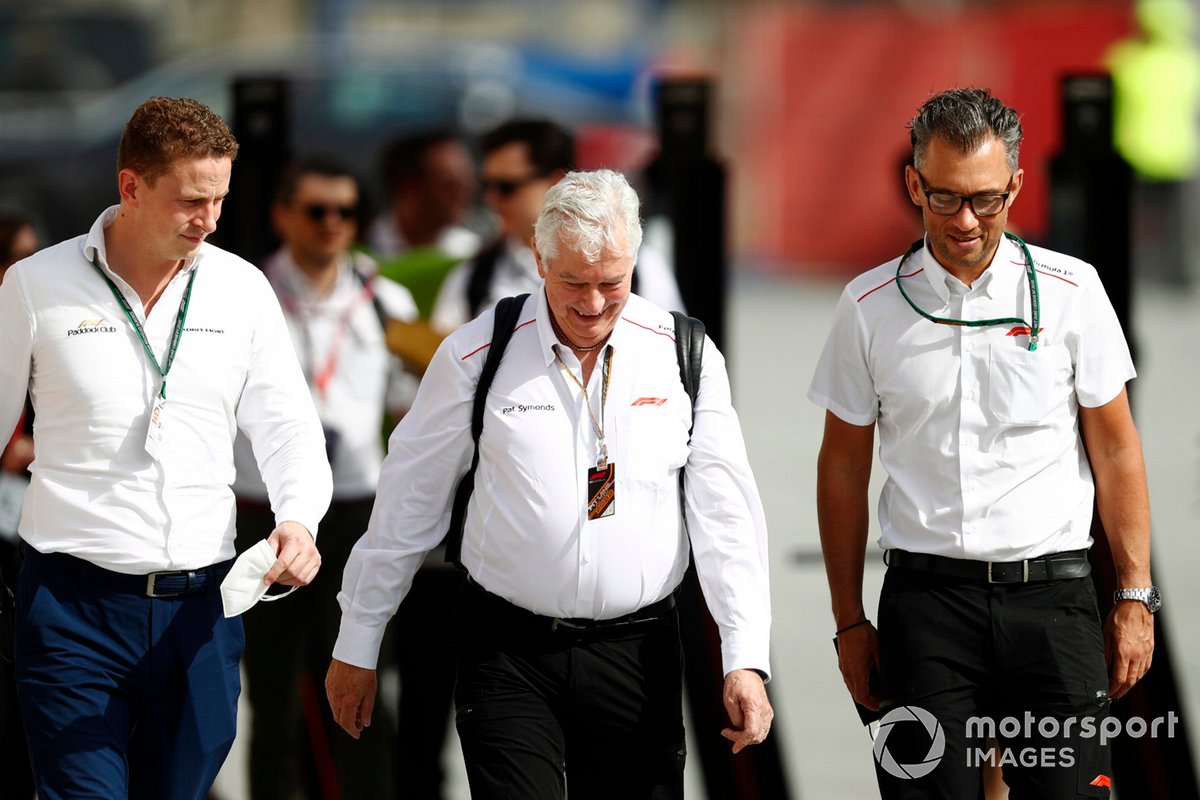 Last year’s technical overhaul was the first to enjoy significant involvement from F1 as a commercial rights holder, with Liberty Media eager to improve the on-track product and create more racing action.

The intention of the revised ruleset in 2022 - the biggest shake-up F1’s rules had seen in decades - was to make it easier for cars to race wheel-to-wheel and attempt overtakes by reducing the amount of dirty air that cost downforce. It was something most drivers felt had been largely achieved, praising the improved feel of the cars when in battles.

Symonds was previously part of a technical working that formed the regulations for 2009, but said it was like “a college project compared to what we did for 2022”.

“We put together a really talented team, very small team, and we really went back to basics,” Symonds explained.

“We had the two objectives. One was to make the wake behind the car more benign, because you can’t get rid of it, it’s going to be there. And then secondly, accepting that there was a wake and trying to produce a car that was running in that wake to be less affected than in the past.

“Generally speaking, I think we got it right. We’ve seen a few different solutions, the cars looked different, the drivers were very complimentary. The statistics, for want of a better word, showed the cars were running closer together.

“So yeah, I think it’s been a reasonable success.”