The FIA stewards have dismissed one of Mercedes’ two protests of the Formula 1 Abu Dhabi Grand Prix result, clearing Max Verstappen of illegally overtaking behind the safety car.

Mercedes lodged two protests against the race result in the wake of Lewis Hamilton’s title defeat to Verstappen in Abu Dhabi over the restart procedure by race director Michael Masi.

Mercedes cited articles of the sporting regulations saying that no driver can overtake another car on-track behind the safety car, and that all lapped cars must pass the safety car before the race resumes on the following lap, leading to hearings on Sunday night at the track.

Verstappen appeared to run side-by-side with Hamilton at Turn 12 ahead of the last-lap safety car restart at the Yas Marina Circuit, before going on to complete an overtake into Turn 5 to win the race and the championship.

In the first decision issued by the stewards on Sunday night, the protest regarding overtaking behind the safety car was dismissed.

“Mercedes claimed that Car 33 overtook Car 44 during the Safety Car period at 1832hrs, in breach of Article 48.8 of the 2021 Formula One Sporting Regulations,” reads the bulletin from the stewards.

“Red Bull argued that Car 44 was not ‘overtaken’ by Car 33, that both cars were ‘on and off the throttle’ and that there were ‘a million precedents’ under Safety Car where cars had pulled alongside then moved back behind the car that was in front.” 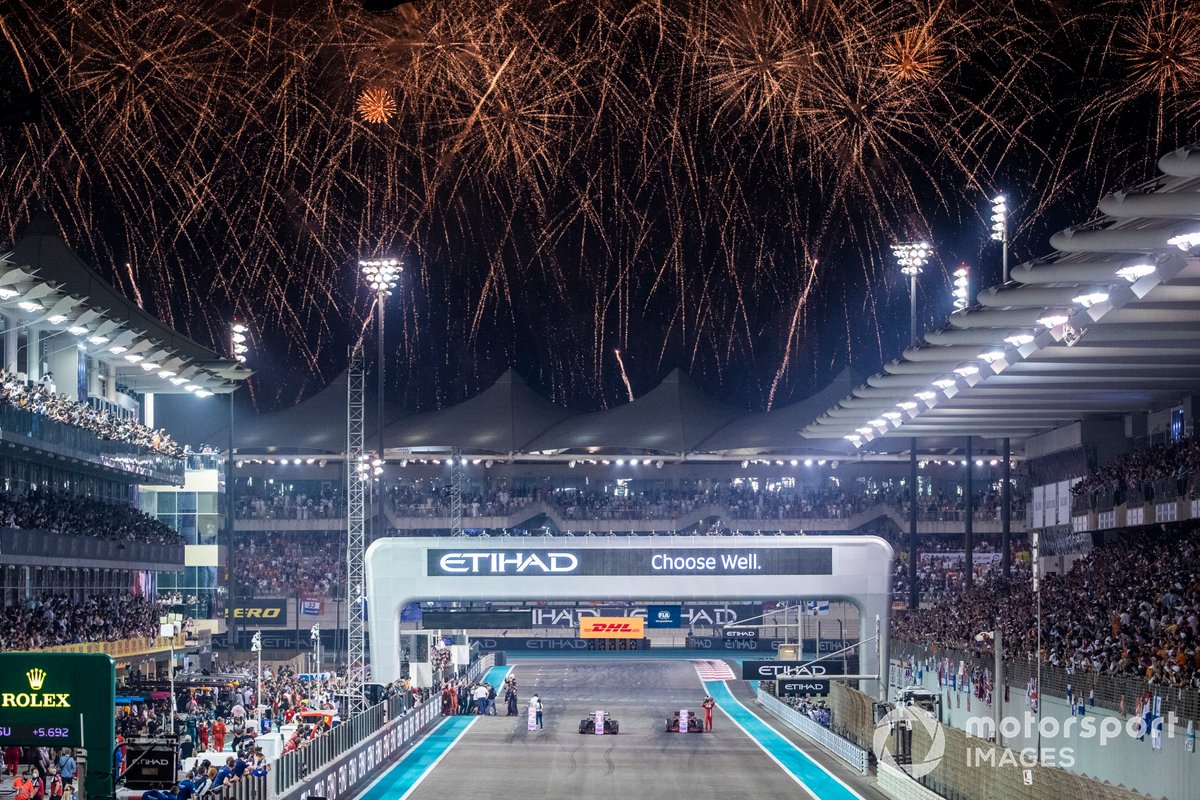 While the stewards did agree that Verstappen did “at one stage, for a very short period of time, move slightly in front of Car 44, at a time when both cars where accelerating and braking,” he did then move back behind Hamilton and “was not in front when the Safety Car period ended (i.e. at the line).”

The bulletin ends: “Accordingly, the Protest is dismissed and the Protest Deposit is not refunded.”

Verstappen said that the protests by Mercedes “sum up a little bit the season”, while Red Bull team principal Christian Horner said he was “disappointed” but trusted the FIA’s judgement.

The stewards are yet to announce any decision relating to Mercedes’ second protest, which relates to cars unlapping themselves and the race restarting.