After months of talks Perez finally confirmed the Force India deal after the Malaysian Grand Prix, but he has also made clear it is for 2017 only with no firm options beyond that as he is eager to see what is available in '18.

"Going on to a new generation of rules [for 2017] all I wanted was to have some stability, not to move around too much," said Perez.

"Loyalty also plays an important role for me because this team has been continually good for me, for my career.

"But obviously it is a one-year extension, and that's it. I want to see where we are for next year and what's available for the future."

Perez conceded negotiations between his array of sponsors and the team took far longer than expected, to a point where he thought an agreement might not happen. 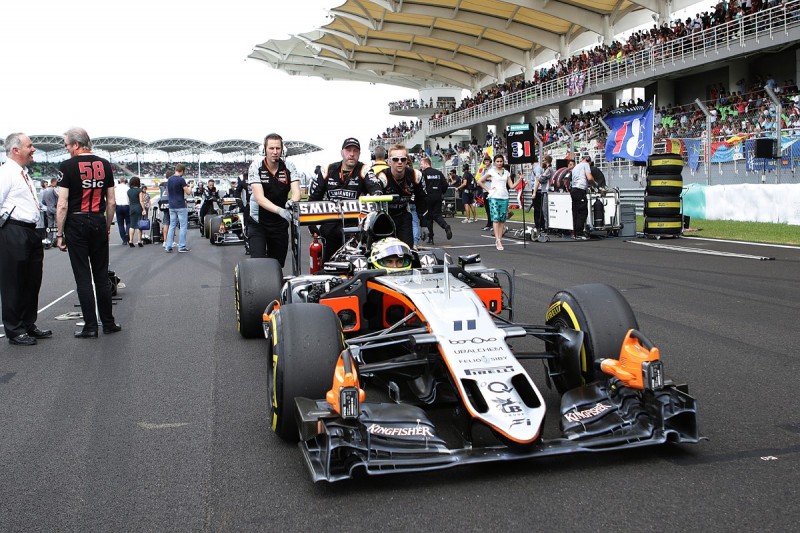 The 26-year-old admitted that was frustrating and feels a different route will have to be taken in a year's time when he looks around for a 2018 F1 seat.

"It was becoming a distraction," said Perez.

"It took very long as my deals are a bit more complex than others, and because it was so long I spent the last three months not knowing where my future would be.

"It's not the best, but at the end of the day I feel I coped with it well and became used to dealing with it - the rumours, the uncertainty in the future.

"So probably for the future we will separate the deal - my deal as a driver, and my sponsors' deal as sponsors.

"In the past, and up to next year, it's always been linked, so for the future it will work a bit better if we can separate a bit."

Perez admitted such an arrangement still needs to be discussed.

"We are a group and we go everywhere together, but I think probably in future, this can be done easier for everyone," he added.

"But I will still have the final say, if I want to stay, or I look for other alternatives."

Mercedes finds cause of Hamilton engine failure in Malaysian GP