Magnussen had expected Renault would exercise an option to extend his stay at the team into a second season before last month's Singapore Grand Prix, only to arrive at that race uncertain over his F1 future.

Renault target Sergio Perez recently committed to Force India for a fourth season, the French manufacturer has also been linked with a move for Toro Rosso's Carlos Sainz Jr, and is known to be assessing Mercedes junior Esteban Ocon's performance at Manor.

Magnussen and rookie team-mate Jolyon Palmer are also still in the frame, and Magnussen hoped offering the team more time to decide, despite the fact he is technically now free to look for a drive elsewhere, would highlight his commitment to Renault's cause.

"It shows very clearly that I want to continue here," he told reporters in the Suzuka paddock.

"We've had good dialogue, positive conversations. I know what the situation is, more or less. I've given them more time to get things sorted.

"That's what I wanted to signal, to say I'm willing to wait. I've given them two weeks. Hopefully there will be a decision by those two weeks.

"I understand the situation. It's very clear that I believe this team will go very far and I hope I can continue here for a long time." 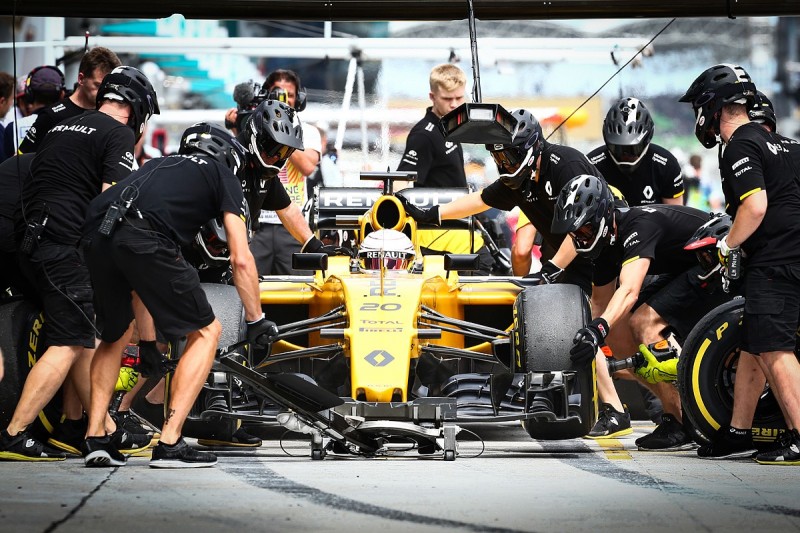 Magnussen hinted the delay might relate to commercial considerations, with Renault currently investing in expanding the infrastructure at its Enstone base.

"It's hard to know what's going on sometimes, but as ever Formula 1 is a commercial sport and it's no secret that my commercial value is a bit lower than perhaps other drivers," Magnussen added.

"I have very good partnerships and sponsors, I'm very grateful for their support, but some of the other drivers have an unbelievable amount of [financial] support.

"Hopefully the decision will be taken from talent and not from money."

Renault has scored points in each of the past two grands prix, and Magnussen said on-track improvements with an underdeveloped car give him confidence that Renault is a good place to be for next year.

"Everyone is excited because you can see we're improving on a car that actually isn't really developing," he explained.

"We're getting more out of it, learning more, getting procedures right, pitstops are getting faster, strategies are starting to be very good.

"There's a lot of stuff in place that when we get a fast car I feel comfortable we should be able to extract everything out of it. It's very encouraging."