Vettel, who had been quickest in final practice, had to settle for second place on the grid after Hamilton flew to his 65th F1 career pole position by over three tenths of a second.

Hamilton found over 0.3s in his final run, having previously been just 0.004s faster than Vettel on their first flying laps.

But Vettel still feels Ferrari will be competitive enough to fight for victory on Sunday.

"I think we have [the pace to win]," said Vettel, who failed to improve his time on his final attempt in Q3.

"I'm not so happy with the last run I had in qualifying.

"I would have loved to repeat the second run and find a little bit.

"I tried to push a bit hard, but then pushed too hard.

"I knew I had to improve, even if just by five thousandths."

While Hamilton opted for a two-lap run to prepare his ultra-soft tyres in Q3, Vettel chose to do just one flyer. 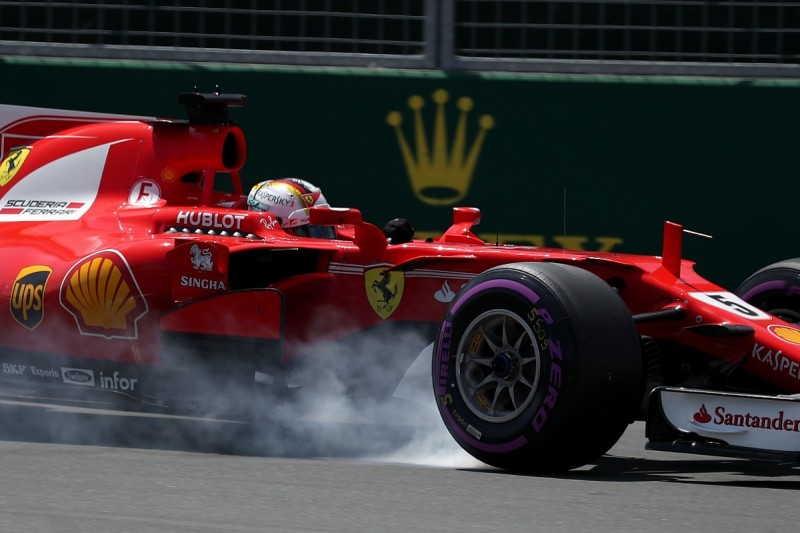 Despite missing out on pole, the Ferrari driver believes it was the right strategy.

"I was confident to go with the first lap," Vettel said.

"You saw the lap times getting better. I was confident we made the right call."

The championship leader conceded Hamilton had simply been "the better man" in qualifying.

"We always expected Mercedes to be very quick, especially in the last segment," Vettel added.

"Lewis did a better job today and got a good lap. He was the better man today.

"I thought we could step it up and find a bit of time. I lost a bit into Turn 2, and then lost two tenths out of the second corner and then I knew I had to catch up, which I did until the end of the lap which I did to get the same as before.