The Finn, who set the pace during Friday practice, had to settle for fourth on the grid, and he believes he was capable of more than that if he hadn't made an error on his final run.

"There was a lot of speed on the last lap, but I made a mistake in corner two," said Raikkonen.

"I improved a little bit, but I couldn't make the lap very good, and I paid the price for it.

"It was a little bit more tricky today than yesterday just to get a good feeling with the tyres, but that's how it goes."

While his Ferrari team-mate Sebastian Vettel ended up three tenths of a second adrift of an inspired Lewis Hamilton in the fight for pole, Raikkonen was nearly eight tenths back, which he described as "not a surprise". 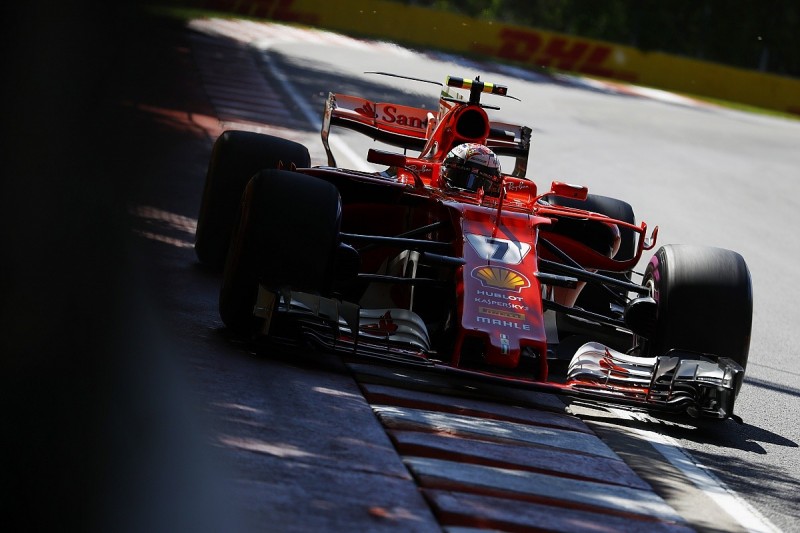 "At places like this, if you get one corner wrong, you're going to lose massive lap time," he said.

"Our car has been good, but for whatever reason we've struggled a bit in qualifying."

However, Raikkonen believes the race "will be a different story", with the Montreal venue traditionally throwing up unexpected circumstances and incident-packed grands prix.

"Often it's quite a hectic race here, a lot of things happen," he said.

"You never know here, it's one of those places things can change quite quickly.

"We'll try again, we'll see what happens. We should have good speed."

Plus
Plus
Formula 1 13 min
Jonathan Noble