Mick Schumacher says he never lost belief that he could deliver in Formula 1, as he produced a stand-out performance in qualifying for the Turkish Grand Prix.

The young German has had a difficult rookie year for Haas, trying to make the most of an uncompetitive car and enduring a sometimes fraught time with teammate Nikita Mazepin.

But in the tricky damp qualifying conditions in Istanbul on Saturday, Schumacher's driving stood out as he delivered Haas its first proper Q2 appearance of the season to take 14th on the grid with a lap that was 2.9 seconds quicker than his teammate.

Reflecting on the performance afterwards, which drew praise from outside the team, Schumacher said that despite the lack of pace the Haas has, he was always convinced about the job he could do when given the opportunity.

"I managed to really probably pull a good lap out of the hat, but I think it was never a concern from my side, really, that I was able to do that," he explained.

"I've done it in other categories and I didn't really picture it being different in Formula 1, obviously knowing that it's hard because it's the top 20 [drivers] in the world. But still I never doubted my capabilities.

"On that side I'm very happy that I managed now, on top, to really show and also beat the others that were in Q1 or out in Q1 basically. And I feel that the trend is still on a very good slope and still going high.

"I feel, with every time I go out, I'm more and more comfortable, and obviously, I think I managed to reach a very nice lap and I think really got the joy for it. Now I'm just looking forward to racing." 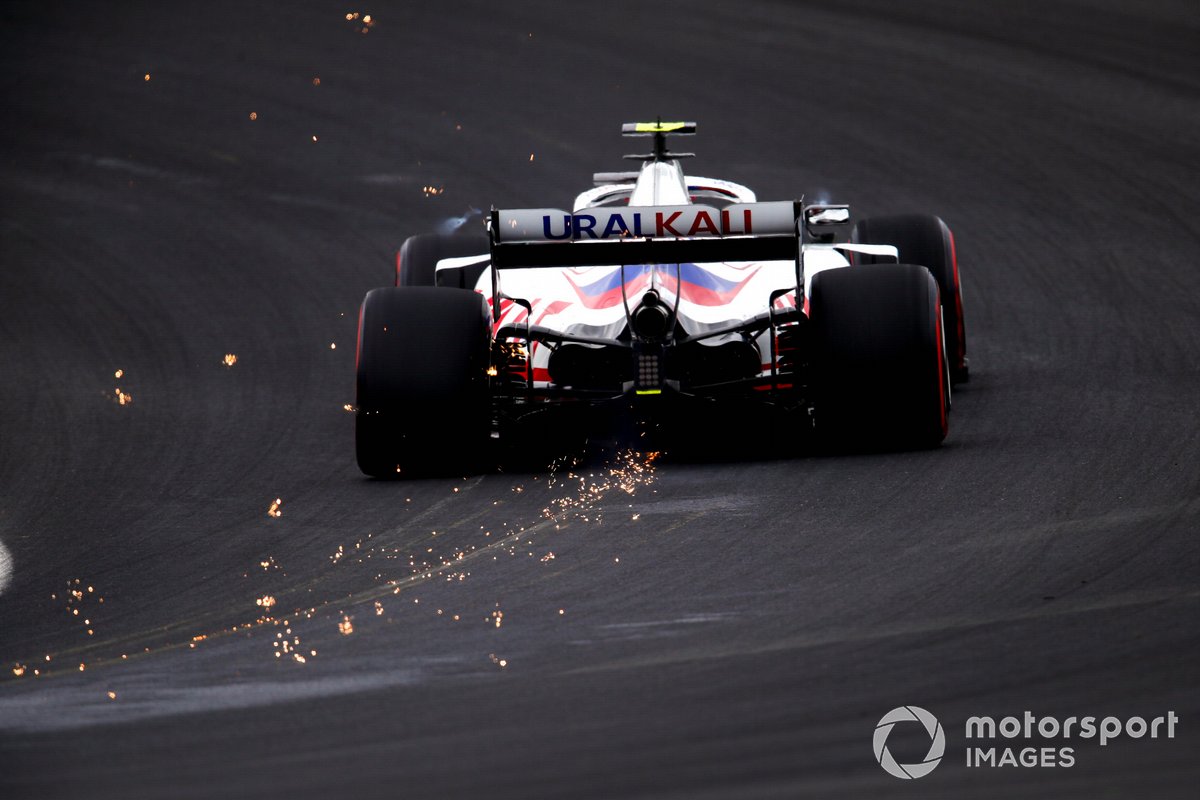 Schumacher said he was hopeful during Q1 of delivering a lap good enough to make it through to Q2, but he only knew he had done it when his team radio exploded in noise after he crossed the line.

"There was that one lap that we had left to try and make it," he explained. "We knew we had the opportunity, because the lap before I think was not too bad and I think we were for some time in P15.

"I knew that there was still some time in it because I wasn't 100% happy with my lap before. But then that one lap that I had, I think we really managed to get the most out of it.

"And obviously once we crossed the line and I heard Gary [Gannon] opened the radio and I heard the cheering in the background, obviously I knew that things were good and looked good. So I think overall very, very happy."

Schumacher has also revealed that he has finally got for Turkey the new seat that he had been after since the start of the season, having previously sat a bit crooked in the cockpit.

"Maybe that's a lucky charm," he said. "So probably we keep it, and hopefully it will be good."