F1 is set to unveil its 2022 calendar next week, featuring a record 23 races across a period of just over eight months.

While the move has been welcomed by some for the regular action it will provide fans and ability to race in more markets, concerns have been raised about the personal cost it will have on those working in F1.

Four-time world champion Sebastian Vettel warned that F1 must not "neglect" its responsibility to people working in the paddock, and that the series need to "be very careful where we want to put our interests".

Speaking to Autosport in an interview to mark World Mental Health Day on 10 October, Mercedes F1 boss Wolff said the human cost and mental health impact of a 23-race season was something "we have to tackle".

ANALYSIS: How F1 teams look after their mental health

"I think as much as we want to race around the globe, and we want to provide a great show in really good destinations, and make sure that the sport is growing in terms of audiences, footprint and commercial revenue, we also need to see what toll it takes on the people," Wolff said.

"Twenty-three races, with triple-headers, is something that takes a toll.

"Now you can adopt the old-style mentality, and say 'well, be happy that you are in Formula 1, and if you can't cope, then do something else', which is totally contrary to how I operate.

"We need to create an environment where it becomes sustainable. We don't want to reduce races, I'm absolutely with Stefano [Domenicali] there."

Wolff felt there was a need to ensure staff rotation so that not every team member did every single race. While more and more teams have been rotating staff in some departments in recent years, he believed it could be written into the regulations to ensure it happens.

"From 23 races, being able to take five out makes a huge difference for every individual that is in the sport," Wolff said.

"We need to come up with some kind of regulatory environment and say how many races can someone attend, and have a rotational quota." 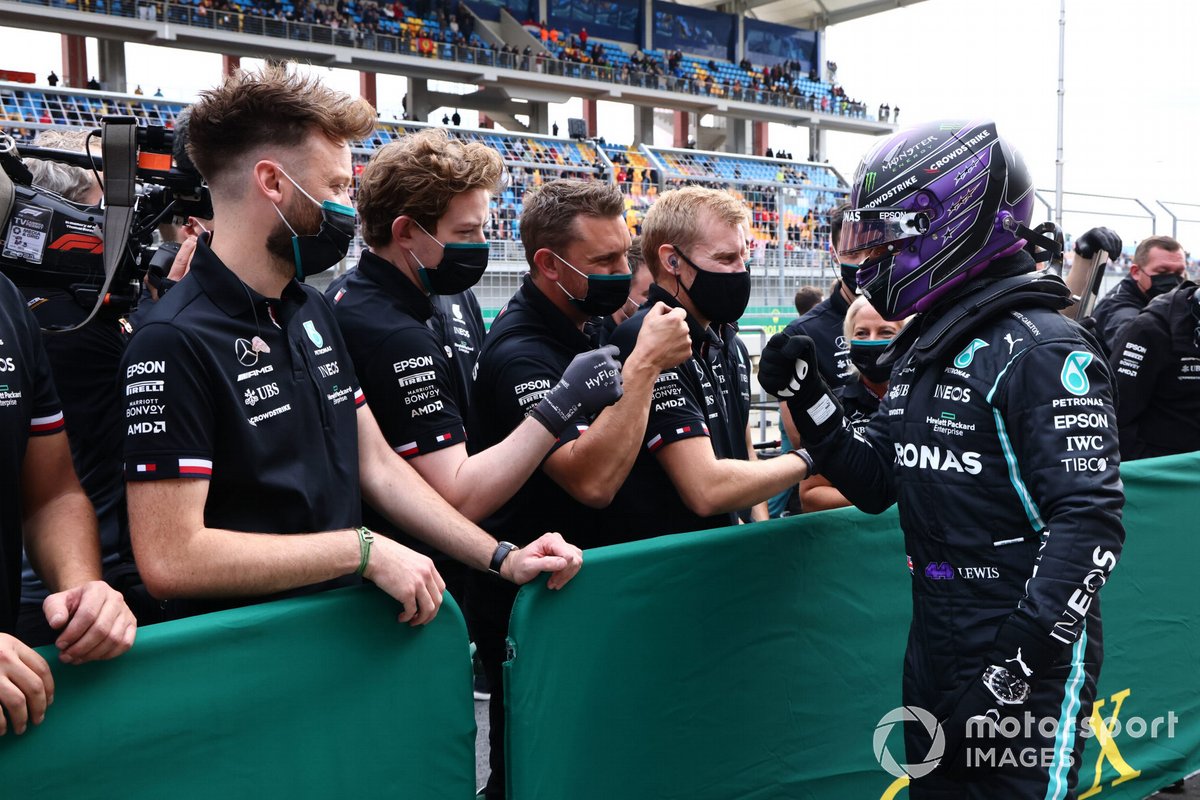 Wolff also believed that greater rotation would help teams to give more opportunities to young talent coming through their ranks.

"We all have junior people in the organisations that we are bringing up that maybe haven't been in the frontline, or in the hot seat," Wolff said.

"If it's the same for everybody, it will also help people to be exposed to the high pressure environment of the race track, on the field, rather than just working in the background.

Wolff acknowledged that he and other senior management in F1 were not in the "target group" for any potential rotation, but felt those with a say in forming the rulebook had a responsibility to make working in the series more sustainable for their employees.

"You need to look at the hard-working people out there," Wolff said. "These are the mechanics and the technical people from FOM and the FIA, they arrive three days earlier, the travelling and accommodation is not always the standard of the management.

"And they have high-pressure jobs. Mistakes can mean a DNF, or pit stops that are not going great. It comes down to the individual.

"We need to provide a more sustainable environment for all of these people. We are sitting at the table and we can influence that. We have to do it for their benefit."