Sauber chairman Pascal Picci has revealed that disagreements with team boss Fred Vasseur about driver choice were the trigger for him resigning from the Alfa Romeo Formula 1 squad.

Picci has been an important figure at Sauber over recent years, having played a key role in saving the team in 2016 when it was sold to investors Longbow Finance.

He stayed on board as chairman of Sauber holdings to work closely with the Islero Investments consortium of entrepreneurs that were headed by Finn Rausing, as it rebranded under the Alfa Romeo moniker.

But ahead of the Mexican GP, Picci surprised the squad when he announced that he would be stepping down.

Speaking for the first time about the decision, which has not been widely publicised, Picci says that, while he maintains faith in the team’s owners, he did not see eye-to-eye with Vasseur.

"I do not want to be associated with the management of Fred Vasseur in the future,” he told it.motorsport.com.

While Picci declined to elaborate on the specific issues that divided them, he did explain that the choice of drivers for the future was central to what happened.

Sauber recently signed F2 front runner Guanyu Zhou to be the teammate to Valtteri Bottas in 2022, with the Chinese driver opening up many commercial opportunities to the team.

While Picci has nothing against Zhou, the team’s 2022 choice does mark a departure from the previous close alliance that the team had with Ferrari as part of its Alfa Romeo association, and had led to the presence of Antonio Giovinazzi for the past three years.

"The way in which the drivers were chosen was one of the points that broke the table between me and the current management,” explained Picci. 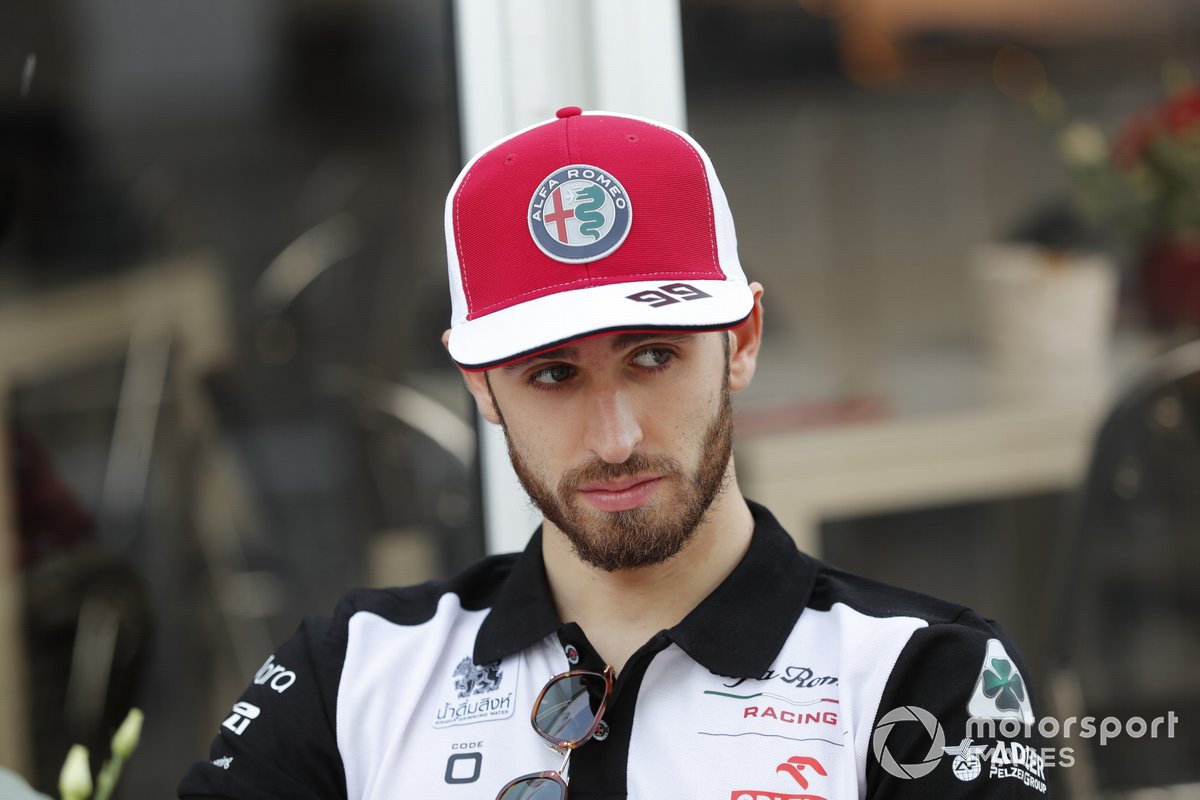 He added: “I am sorry that Antonio is no longer here, and I am happy that Zhou will arrive. I have known the Chinese youngster and also his family ever since we wanted to take him to the Sauber Driver Academy, as well as [evaluate] the commercial opportunities that he can open up ".

But while unhappy about the driver situation, Picci says he maintains complete faith in Sauber’s owners, who recently reiterated their commitment to the team in the wake of talks with Michael Andretti about a buy-in.

Speaking about why the owners pondered a sale, Picci said: “What happened at the Belgian GP is still an open wound.

“Having had a three-lap non-race behind the safety car allowed Williams to earn points that took away almost any chance of regaining their position in the constructors' championship. Spa was an important watershed for us: it was one of the main reasons why we decided to give up F1 and to sell.”

The Andretti talks eventually collapsed because Sauber’s owners did not want to relinquish full control of the team, and Picci has faith that Rausing is doing the right thing for the future.

"He is free to make choices, he represents the shareholders and is a reliable person who puts all his passion and energy into it,” he said.

“I was placed in the minority and I drew my conclusions. Finn remains as trustworthy to me as the other people who represent the company. Without hesitation, I sincerely wish the best possible for the whole team.

“I am calm about the future of the team because the owners of the team are enthusiastic, and very passionate people, whose number one priority is the protection of the staff who make up the team.

“My resignation, therefore, must in no way become a cause for concern for the Sauber staff. Of this I am sure.”

Why F1 is such a good deal for Alfa Romeo