Carlos Sainz believes that Ferrari can be ahead of McLaren at tracks that better suit its Formula 1 car, judging by the progress made so far this season.

Ferrari worked hard over the winter to make amends for its troubled 2020 campaign, where a down on power engine and a too draggy car left it struggling for form.

It finished last year down in sixth in the constructors’ championship, which was its worst result since 1980.

Having addressed its deficiencies with the new SF21, Sainz and teammate Charles Leclerc have fought at the front of the midfield pack for the first two races this year, with the team appearing to be locked in a tight fight with McLaren.

Despite McLaren managing to edge out Ferrari in both Bahrain and Imola, Sainz thinks that at circuits that better suit the characteristics of its car, it can defeat the Woking-based squad. 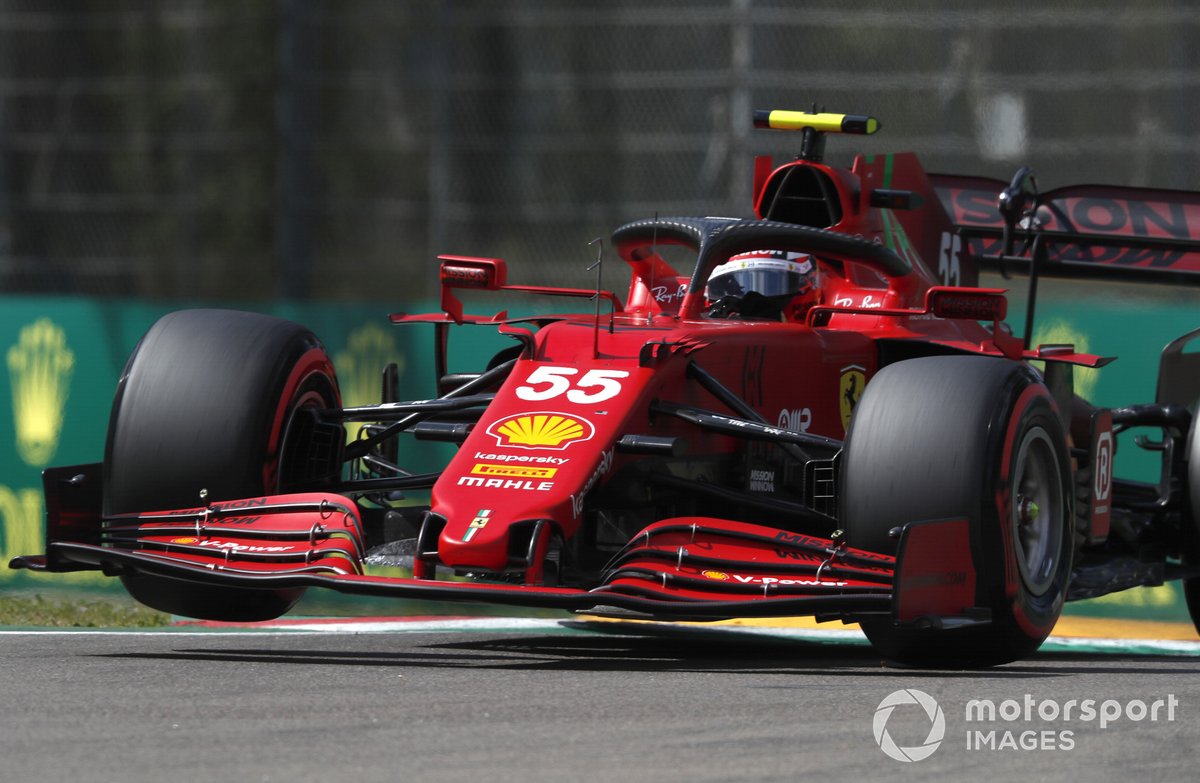 Speaking about whether McLaren or Ferrari had the best car right now, Sainz said: “I think it is very tight, honestly. It is very difficult to pick from.

“I think the McLaren has its strengths and its weaknesses. But what makes it a really nice fight is that we are quick in very different places on the track and that makes it a very fun battle.

“It looked like in Imola, Lando did a very good job of exploiting the whole car potential, and he was on it the whole weekend especially from Saturday onwards, and he did a good race.

“Maybe they had a bit of the upper hand this weekend, and they had the upper hand, a tiny bit, the last two weekends, but as soon as we do a very good weekend and we go to a track that maybe favours us, I think we can be ahead.”

McLaren appears to have a straightline speed advantage over Ferrari with its car, and had struggled in Bahrain with its single lap pace – something which was addressed for Imola.

Ferrari’s difficulties in battling Norris in the closing stages of Imola were partly hindered, however, by the team having opted for a higher downforce setting because of the wet weather.

A lot of F1’s performance swings this year appear to rest on tyre management, with some cars better able to switch their rubber on for a single lap but then struggling more over longer runs.