The manufacturer had been a regular contender at the front of the midfield pack during the first half of the season, but has fallen away in recent races as other teams have introduced car improvements.

But while some of the explanation for Renault's struggles is related to its car, Sainz reckons that not introducing an engine upgrade in the second half of the year has hurt the team.

Renault decided not to take the C-spec version of its powerunit because of reliability concerns, even through Red Bull has shown that it has performance gains.

"There was probably a big setback with the engine side," Sainz told Autosport.

"We didn't expect Ferrari and Mercedes to do such a big step through the year.

"We thought that the B-spec was probably going to be just enough, but we've seen at the moment that it is not enough.

"We brought things to the chassis - probably the chassis is not that bad - but on the top speed side we are not where we want to be."

When asked if he feels Renault would have been better off taking the C-spec engine as its third powerunit with the benefit of hindsight, Sainz responded: "If it comes without reliability, no.

"The team is fully sure that with our fuel it is just not reliable enough, so I fully back the team with whatever decision they take.

"I just think we need more power, which we don't have, and we don't get it for whatever reason. If we wanted to be in Q3 in Japan we just needed more power, and Honda has showed that it is possible." 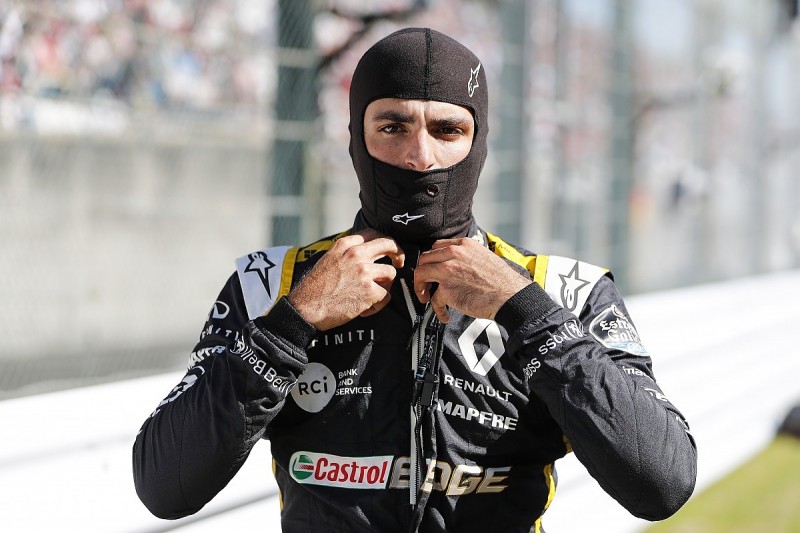 Sainz thinks Renault ultimately needs to complete a deeper analysis of its recent form to work out exactly why other teams have made bigger steps.

"I feel that there has been a big development race [from all teams] during the year," he said.

"I've seen the team do a lot of effort to bring parts to every race. We brought a lot of stuff over the year but probably we just haven't got as much as the others in terms of performance on track.

"We need to see why, we need to analyse why, but we definitely see it at the moment. We are too far [from being] a Q3 contender at every race."