While Ferrari's Formula 1 world championship hopes may have been derailed by strategic and operational failures, on the technical front the team continues to push hard to close down Mercedes

The family of front end parts installed on the car in Russia, including a new front wing concept and turning vanes, were retained for the Japanese Grand Prix, and these new parts were accompanied by a new front brake-duct fence. 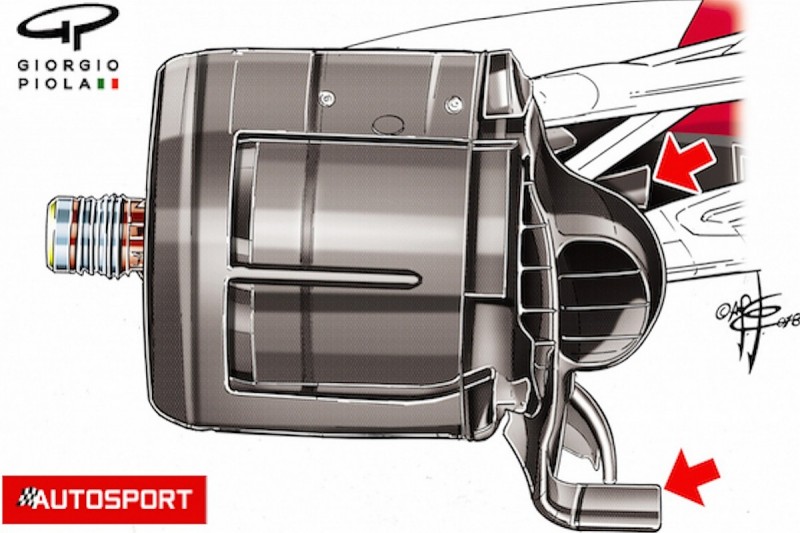 The fence features two new fins that protrude out, both of which take advantage of the reprofiled flow generated by the front wing, guiding it to its destination downstream.

At the rear of the car, Ferrari opted to run its lower-downforce rear wing and also tested a new idea for the fully-enclosed hole ahead of the rear tyre.

The hole, which works with those ahead of it, controls tyre squirt - a phenomenon that is created by the rotation and deformation of the tyre and impinges on the performance of the diffuser, as airflow is spat off laterally into the diffuser's path.

The floor holes massage the airflow so it hits the tyre less abruptly, while also creating a kind of air skirt alongside its edge that protects the air that is pulled through the diffuser. 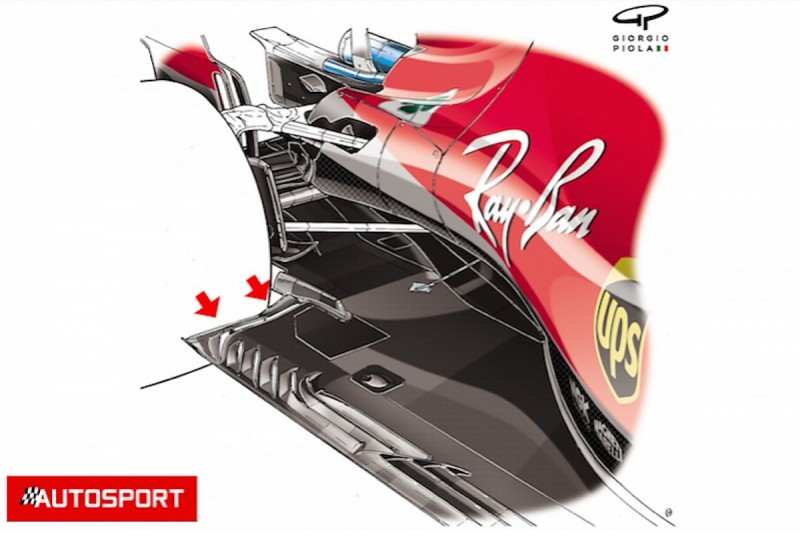 At Suzuka, Ferrari opted to extend the most rearward hole all the way across to the vertical floor strake (arrowed).

This is the first alteration of its kind from the team since the entire design concept was changed at Silverstone, hinting at an optimisation of the flow path, rather than a full-scale adaptation.

The team did not run its new floor beyond first practice but, once Ferrari has analysed its implications, it could return at a future race if a performance gain is clear.