The Ferrari driver was involved in the late red flag incident at the end of Q3, when Perez crashed at Portier after losing the rear of his Red Bull on cold tyres.

Sainz was the first driver on the scene and clipped the Mexican when he tried to avoid the stricken machine.

Sainz said he saw the initial yellow flags for Perez's crash at the last moment and, due to the high walls around the corner, couldn't see where the Red Bull driver had ended up on the track to avoid an impact.

"I was coming from a blind corner that was Turn 7, you go full throttle from Turn 7 and when I entered on my left-hand side I could see a yellow flag coming out," Sainz said.

"Immediately, as I realised it was a yellow flag, I realised that the car in front of me had crashed.

"You don't see where he had crashed, so you enter the corner without knowing where he is going to be, so I just hit the brakes.

"I tried to do the corner radius as tight as possible and just as I was going to manage to avoid him, I hit the brake a bit harder and managed to clip him with the back of my car.

"It would've been a pretty good save if I would've saved it, because there was basically no time to save it, but it is what happens in Monaco." 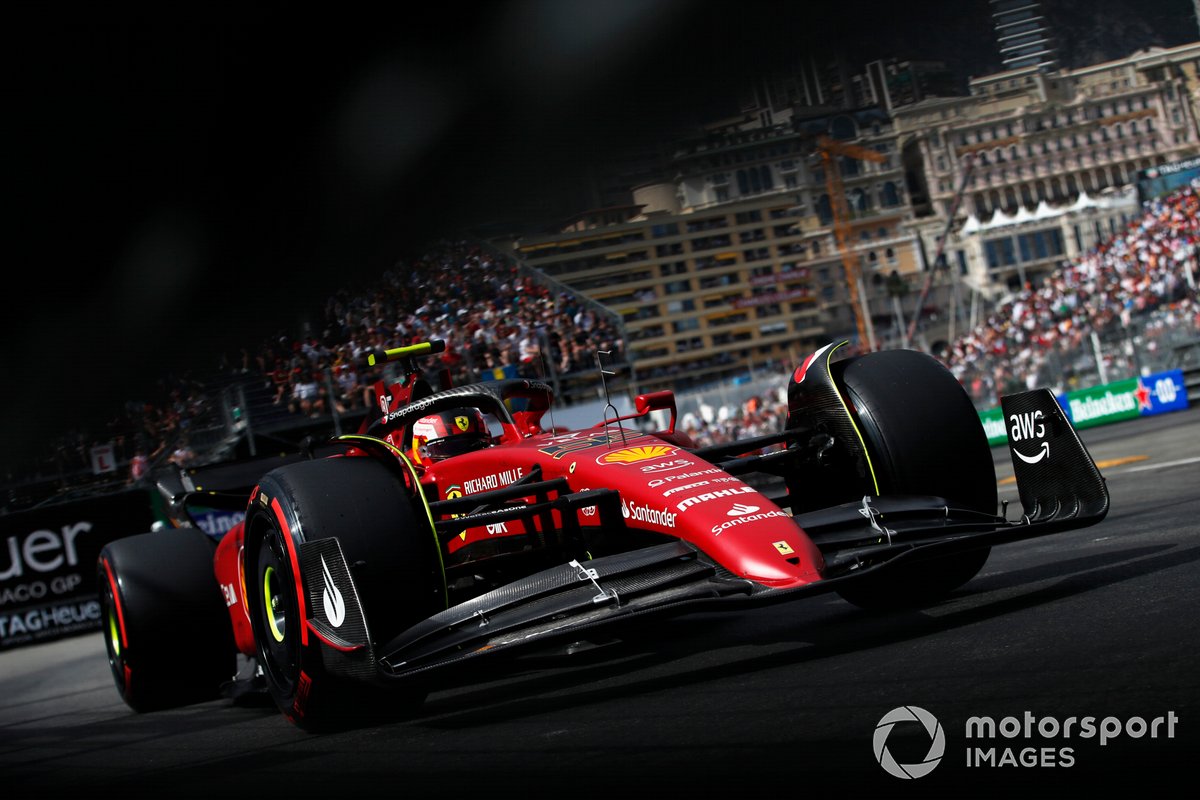 The Q3 red flag meant the qualifying order remained unchanged before the final laps were completed, which was the same situation that occurred last year in Monaco when Charles Leclerc crashed.

This time around it meant Sainz had to settle for second place in a Ferrari 1-2, behind his pole-sitting team-mate.

"It is still great news for the team, second wasn't bad, I think it was coming along nicely with qualifying," he added.

"It was a scrappy first run in Q3 but I was looking forward to that final showdown here in Monaco, that is where you give that extra bit.

"But every year in Monaco it seems a tradition that someone crashes in front of me and you cannot complete the lap that is normally the most exciting lap around Monaco.

"We start P2, which I think is a great position to start and tomorrow anything can happen with the rain, if it comes. We're in a good position."

Both Red Bulls will start directly behind Sainz, with Perez taking third place and F1 world championship leader Max Verstappen in fourth place on the grid.