Red Bull Formula 1 driver Sergio Perez puts his qualifying-ending Monaco Grand Prix crash down to his final set of tyres being too cold.

Perez was pushing eventual pole-winner Charles Lelcerc hard throughout qualifying on Saturday and was just 0.09s slower than the Ferrari driver in Q2 but did trail Leclerc and Carlos Sainz ahead of the final Q3 runs.

On his last qualifying lap, as Perez ran behind Leclerc on the track, he lost the rear of his RB18 as he rounded the Portier right-hander and crashed backwards into the barrier.

As Perez sat stranded in the wreckage, Sainz hit the Mexican’s right-front wheel before the session was suspended by red flags and Leclerc’s pole from the initial laps in Q3 was sealed.

Perez said the incident was “just a shame” because “I think we had more pace than that, but we just couldn’t challenge”.

He added: “I think the strategy with the tyres [was wrong] – especially that final set, it wasn’t up to temperature and it was just too peaky.

“I nearly lost it already into Turn 1 and in hindsight I think we didn’t get it right today.

“[At Portier], I was quite close to my time [from earlier in Q3] trying to make it up. Turn 8 [Portier] has been a difficult one for me throughout the qualifying session.

“So, I was trying to anticipate and get quite early on throttle, but as soon as I touched the throttle, I could feel like the rear tyre was not gripping in and I was playing with it a bit – until I lost it.

“Then I was actually surprised that Carlos hit me at the time. Just a shame what happened and I feel sorry for Carlos and for the rest of the guys, but this is Monaco.” 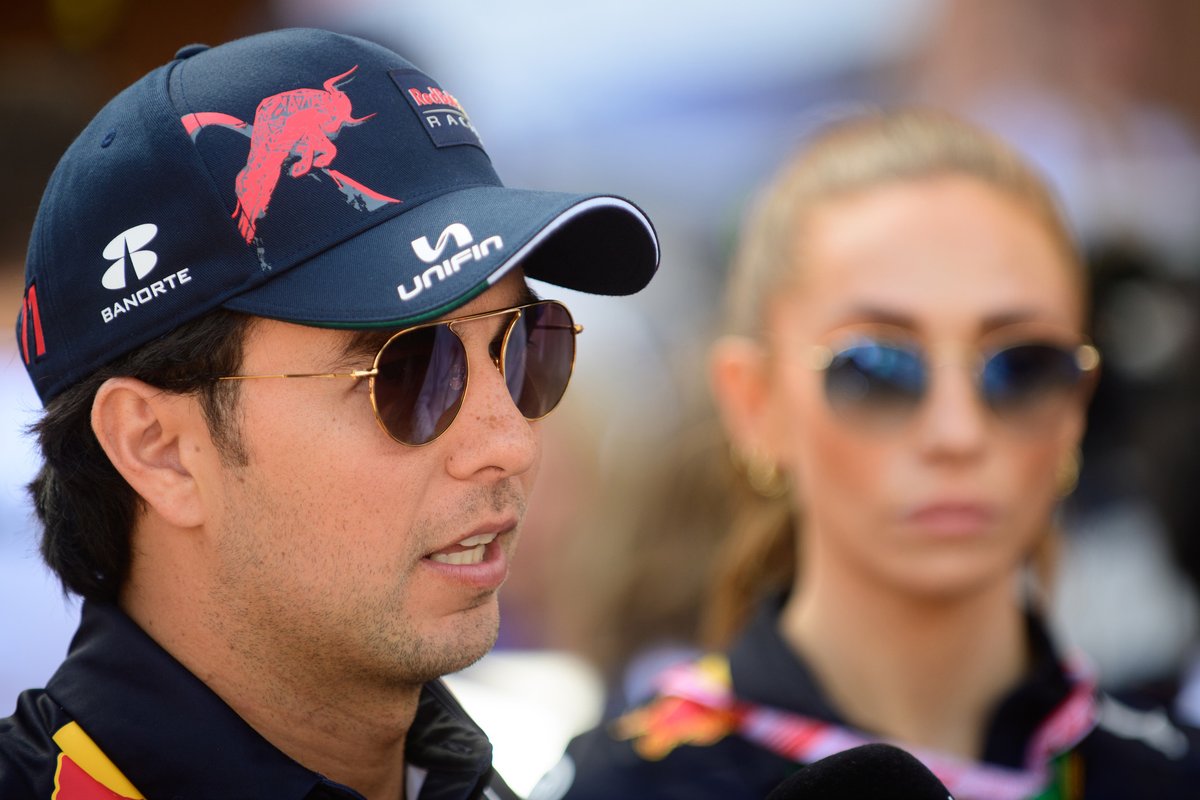 Perez was speaking in the post-qualifying press conference after making a trip to the Monaco medical centre following the crash.

He said he was “all ok” and was surprised his car’s G-sensor had registered a hit powerful enough to require a medical check given the accident occurred at one of the lowest-speed parts of the Monaco layout, already one of the slowest on the F1 calendar.

“I think there was a technical issue apparently,” he stated. “Because the G I got was something like 20G, but it’s quite a low-speed section and luckily there is TecPro there.”

Perez says the damage to his car “looked bad” but reckons “it should be ok” to be repaired in time to start the Monaco race from third on the grid.

When asked about being the lead Red Bull driver in qualifying – Max Verstappen was fourth after the opening Q3 runs but had just set a personal best first sector only 0.1-seconds slower than Leclerc’s leading time in that third of the track when the crash occurred ahead of the world champion – Perez replied: “We’ve been competitive all the weekend.

“Since FP1 we’ve always been in the top three. We were fastest in FP3.

“As always, to get the pole you have to maximise everything and it felt that we could’ve done better – especially on those out laps.

“At the end, I was stuck with one of the Ferraris [Leclerc] and my final Q3 lap was tyres too cold.

“But, in general I felt that the Ferraris were a bit ahead this weekend, but we’ll see tomorrow. It’s a long race ahead. Obviously the starting position is very important here. But overall it has been a very competitive weekend.”