Mercedes Formula 1 driver George Russell believes that "unique" resurfacing work at Monza could have an impact on form over the Italian Grand Prix weekend.

The track has been resurfaced at the three chicanes between Turns 1 and 2, Turns 4 and 5, and Turns 8 and 10.

Unusually the work doesn't cover the full width of the track, meaning that in some places drivers can potentially go off the racing line and run on a different type of surface.

Speaking on Thursday at Monza, Russell described the resurfacing work as "very unique".

"At a certain point, they've not resurfaced it fully from left to right. Actually, it's about probably four metres wide.

"So I don't really know what it's going to do for racing, if there's two different types of tarmac, one that you're on the racing line, and if you're outside or inside of that, there's less or more grip.

"So we'll have to wait and see how that pans out, and definitely I'll probably be trying that wide line to just get an idea.

"But generally speaking on smoother circuits, it doesn't help our case, because when you've got this really rough, open tarmac, a lot of energy goes through the tyres, a lot of work is being put in them.

"If anything it probably will work against us." 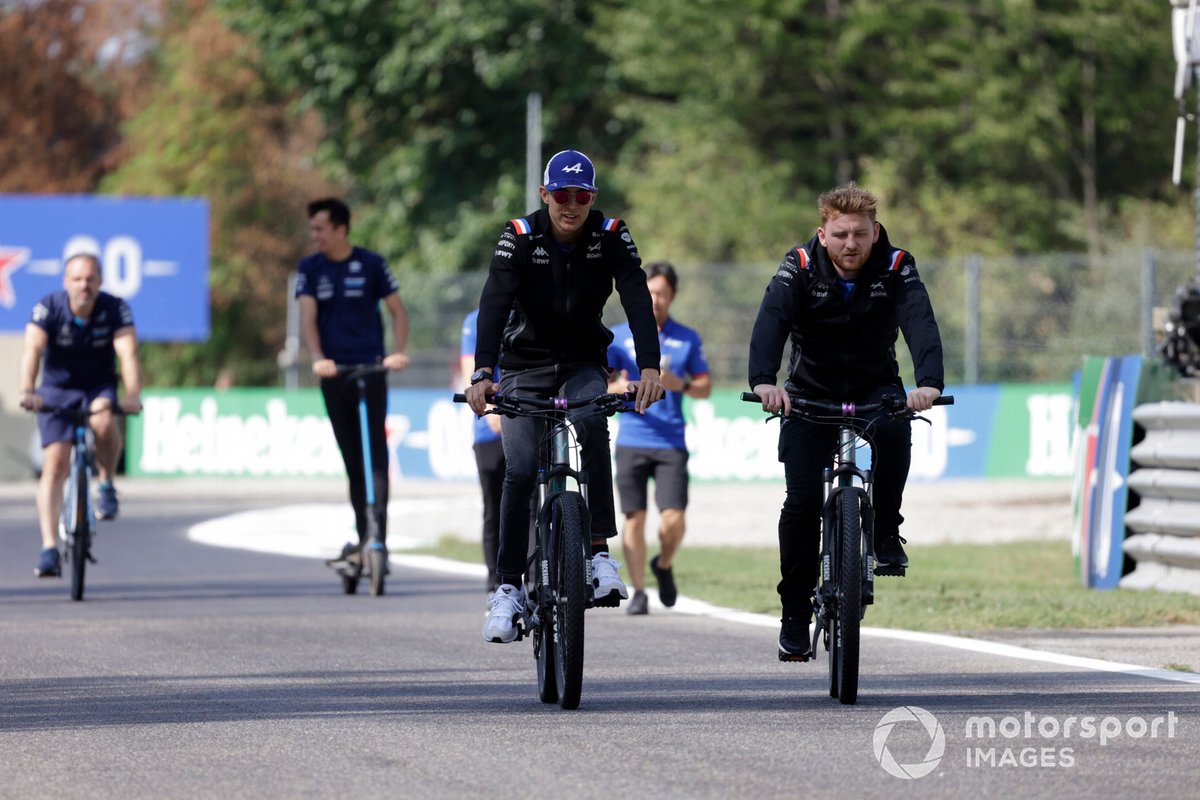 Asked why Mercedes seems to perform better in races than in qualifying, Russell acknowledged that tyre management and track surfaces play a key role.

"That's a very, very big question," he said. "And that's I think something after 15 races we're still trying to comprehend as well.

"I think there's no doubt that we're very good at the tyre temperature management and that probably plays against us in qualifying.

"Those midfield cars, which potentially induce more temperature into the tyres naturally, can afford to go slower on their out laps, damage the tyre less, and they may have even more performance for a single lap.

"Where you see with us pretty consistently, our out laps have to be so fast in qualifying to get the temperature, then we're damaging the surface of the tyre. And that's probably why we're on the back foot in qualifying.

"But it's just a theory. We don't have a lot of merit to back up that argument just yet."